Salop dominated the first period, and the majority of play was spent in the visitor’s half. Elliott Bennett, David Davies, and Josh Vela were causing the Bolton left-hand side constant problems and all the chances fell to Shrewsbury in the first half. The best chance of the half fell to Ryan Bowman in the 27th minute. The Salop striker did well to get deep inside the Wanderers' half before cutting inside onto his left foot and sending his marker the wrong way. Bowman, however, couldn’t find either corner of the goal and fired his shot straight at James Trafford.

The second half was more end-to-end, with both sides challenging the opposition goalkeeper more and getting more clear-cut opportunities. Dan Udoh forced Trafford into a great save in the 52nd minute as his low-driven shot stung the palms of Trafford, who did well to get down quickly and tip the ball wide. Marko Marosi was then forced into a carbon copy save in the 64th minute when a shot from Dion Charles forced him to get down and tip it wide.

Salop always looked dangerous from crosses into the box but just could seem to find an opening. Bowman rose highest from a Bennett cross and came agonisingly close with his header, but it just went over the crossbar. The same happened again – this time from Pennington – just missed the target.

George Nurse whipped in a couple of dangerous crosses in the 80th minute and for a moment it looked as if Salop would find the opener as Ryan Bowman rose highest but, again, Shrewsbury couldn’t test the goalkeeper.

With the scores level as the game entered the final few moments, it was always going to take something special to seal the three points and unfortunately, on this occasion, it wasn’t to be for Salop as Dion Charles struck a shot on the half volley into the top corner. The wonder-strike gave Marosi no chance and proved enough to win the fixture as Bolton took all three points back to Lancashire.

The West Stand ticket office will be open for collections only on Saturday. Tickets are available in advance and on match day from the main ticket office with a supporter number or proof of address. Fans are encouraged to buy their tickets in advance. 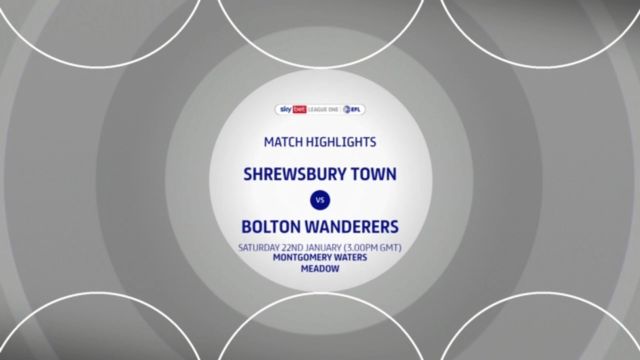 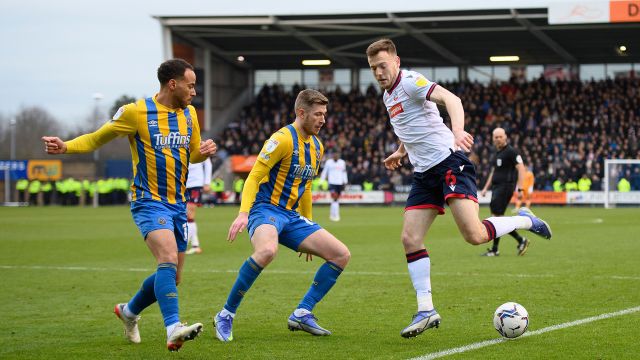