Salop will be looking to build on their impressive home form this season that has seen Steve Cotterill’s men unbeaten at Montgomery Waters Meadow since September. They come into this one on the back of their 0-0 home draw against Accrington Stanley on Wednesday night, a result which took them to 16th in the Sky Bet League One table however, following last night's results, Salop currently sit 15th in the table.

Sheffield Wednesday’s spirits will be dampened following their 5-0 loss at the hands of Sunderland in midweek, a result that leaves them eighth in the league table, six points off the play-off places.

The Owls are looking to bounce back to the Championship at the first time of asking following their relegation to League One on the last day of the 2020/21 season. With Darren Moore at the helm in his first full season with the club, he is looking to take the club back to England’s second tier, and despite a poor start to the season, results have improved as of late and they are looking like a team that could push for promotion in the second half of the season.

One to Watch: Lee Gregory

The veteran striker leads Wednesday's line and is currently their top goalscorer this season with eight goals (and four assists) to his name so far. He began his career with Mansfield Town but made a name for himself with FC Halifax Town after scoring 31 goals in 40 games for the Shaymen. This earned him a move to the Championship side Millwall where he netted a further 76 times in his five years at the Den.

His next stop was Stoke City before he transferred to Wednesday last summer. Over his fantastic career, Gregory has scored 125 goals in 359 appearances and will be looking to add to that tally again today. 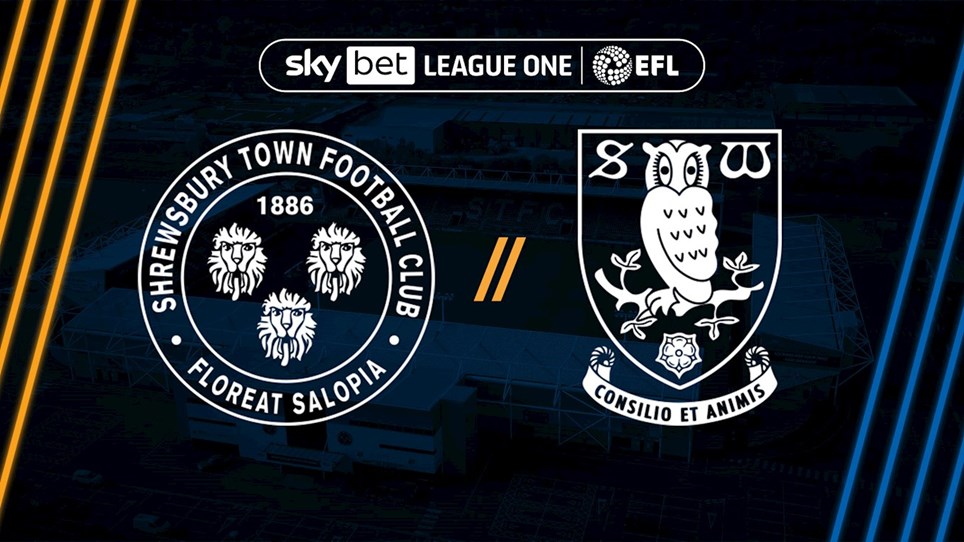 Shrewsbury Town started off 2022 with a bang and continued their brilliant home form with a 1-0 win over Sheffield Wednesday at Montgomery Waters Meadow on Sunday afternoon.

A first-half stoppage-time goal from Matthew Pennington was enough for Steve Cotterill’s side to seal all three points for Salop as they moved up to 14th in the Sky Bet League One table and are now unbeaten in their last four league games.

There weren’t many chances for either side in the first half. Ryan Bowman had a good chance to open the scoring 26 minutes in when received the ball in the centre of the box, but his shot was blocked by Sam Hutchinson. Nathanael Ogbeta had a good chance three minutes later when he rose highest from a Josh Vela cross but his header was tame and straight at Bailey Peacock-Farrell in the Sheffield Wednesday goal. Marko Marosi wasn’t really tested in the first half either, apart from a 30-yard strike in the 33rd minute from Lewis Wing.

But - as soon as the fourth official held up his board to show the amount of stoppage time there was going to be at the end of the first half - Salop got their opener when a corner from Luke Leahy on the right-hand side was met by Matthew Pennington, who rose highest and headed home for his second goal of the season.

The second half played out in quite a predictable fashion. The visitors piled on more pressure and had large spells on the ball, whilst Salop sat back and defended well whilst trying to break quickly when they could. Bowman had a great opportunity to double Salop’s lead in the 54th minute when Rekil Pyke did well to keep hold of the ball in the box, before laying it off to Bowman who seemed almost certain to score but his effort went over the bar.

Marosi was forced into more action in the second half, making some key saves to keep Salop in the lead like he has done so many times in recent weeks. But despite the pressure from the visitors in the closing stages, Salop stayed resilient right until the end and secured their third clean sheet in a row.

Dennis Adeniran was lucky not to be shown a straight red in the 37th minute for an extremely late and reckless tackle on Josh Vela.

Josh Vela was booked in the 85th minute for dissent towards the referee.

Sam Hutchinson was booked in the 93rd minute for his reaction after a coming together with Marko Marosi.

Tickets are now on sale for our home game with Sheffield Wednesday on Sunday January 2nd 2022. 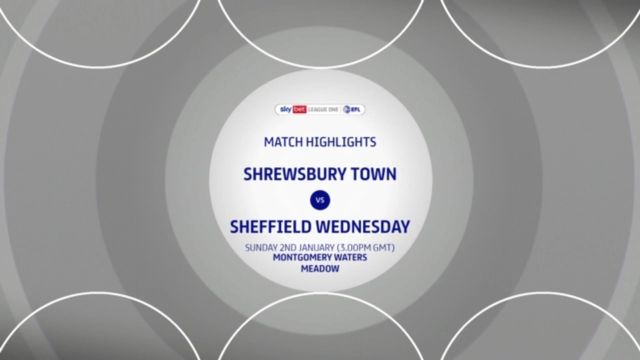 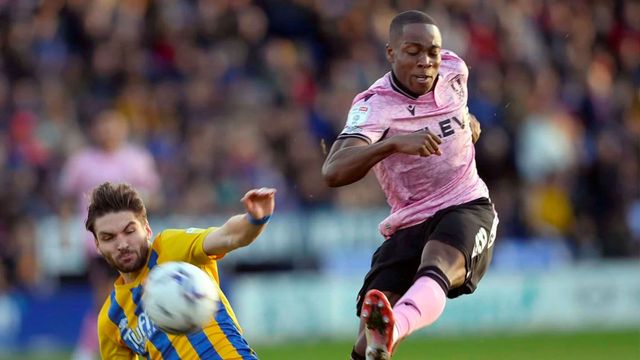