Town’s first clear chance fell to Bowman in the 18th minute. George Nurse floated a cross to the back post that was punched to the feet of Bowman by the now out-of-position Josh Vickers. Town’s number 12 took one touch to set himself but his half-volley was cleared off the line by a Rotherham defender.

Matt Pennington had the next opportunity for Salop when, ten minutes later, he connected with Nurse’s cross. Unfortunately, he couldn’t get enough power behind his header to trouble Vickers, who claimed it comfortably.

Rotherham had a penalty shout just after the half-hour mark when Ethan Ebanks-Landell and Joshua Kayode came together, but the referee Anthony Backhouse waved away the claim.

This early dominance paid off for Shrewsbury and they took the lead in the 36th minute. Nurse intercepted the ball in the middle of the park and began the counter-attack with Udoh and Bowman to his left and right respectively. Nurse chose left and found Town’s top goalscorer who, true to form, took the ball in his stride and struck it low and across Vickers, into the bottom right-hand corner.

Things went from bad to worse for Rotherham and they were reduced to ten men just three minutes later when their centre-back, Angus MacDonald, elbowed Luke Leahy in the back of the head and left Backhouse with no choice.

Shrewsbury made their one-man advantage count at the start of the second period and almost doubled their lead on the hour-mark. Pennington released Bennett down the right-wing and Bennett crossed it to Bowman. The striker headed the ball into the floor and Udoh poked it against Vickers’ chest and Josh Vela smashed the ball against the ‘keeper – who did well to make himself big – on the follow-up.

After dominating the second half, Town eventually got the second goal they deserved. Following another great move, Bowman curled a shot goalward from the edge of the box which Vickers spilled straight to the feet of Bennett. Shrewsbury’s right-wing-back provided the simplest of finishes to secure his first league goal of the season late on.

Salop weren’t done yet though as, in added time, Bowman finally got his goal. The experienced striker collected the ball, took it around his marker, and fired the ball into the corner of the net to put the result well beyond doubt.

The result caps off a great week for Shrewsbury who now have a week to prepare for the visit of Lincoln City next Saturday.

Dan Udoh picked up a yellow card in the 28th minute for kicking the ball away and Joshua Kayode was booked for dissent five minutes later.

Angus MacDonald was then given a straight red card in the 38th minute for elbowing Luke Leahy inside the centre circle.

Elliott Bennett was next in the book after he tripped Ollie Rathbone in the 76th minute and Matt Pennington also went in after stopping a Rotherham counter-attack in the 84th minute.

Ticket details for our Sky Bet League One trip to Rotherham United in mid-March have been released.

Tickets are now on sale for our Sky Bet League One trip to Rotherham.

We have been allocated 520 tickets for the game and Town fans will be housed in the Mears South Stand.

We also have ten pairs of wheelchair and carer tickets available.

Tickets go off sale from the ticket office and online at 2pm on Friday 18th March. 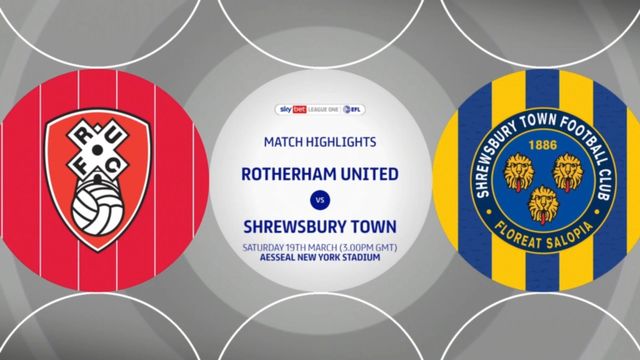 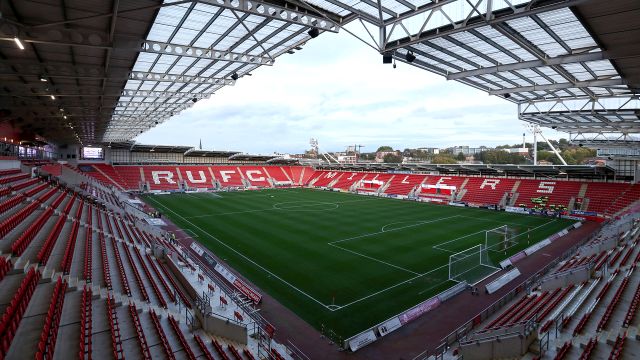