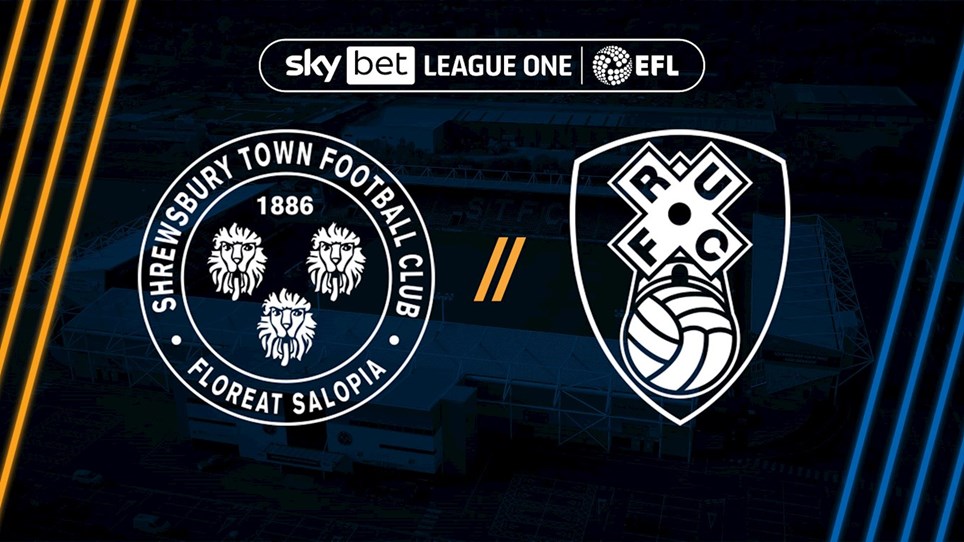 Shrewsbury Town were forced to settle for a point at home to Rotherham United on Tuesday night after dominating the league leaders at the Meadow.

Rotherham had the first clear chance of the evening but it was uncharacteristically snatched at by their top goalscorer Michael Smith, who would’ve expected to convert his shot from five yards. Instead, he missed the ball and it was hooked clear by a Town centre-back.

The visitors went close twice more before the game reached the 20-minute mark. The first effort came from Freddie Ladapo, whose fierce strike was deflected out for a corner kick. From this resulting set-piece, Jordi Osei-Tutu found Michael Ihiekwe but the centre-back could only plant his header wide of Marko Marosi’s left-hand post.

Town’s first chance came in the 33rd minute when Elliott Bennett delivered a corner kick that narrowly escaped Josh Vickers in the Rotherham goal, Daniel Udoh, and Ethan Ebanks-Landell at the back post as it bounced out of play without the decisive touch it so desperately needed.

Salop were well on top as the second period got underway and all but pinned the league leaders in their own half. Luke Leahy went closest when he fizzed a half volley just wide of the post from the edge of the box in what would’ve been an early Goal of the Month contender.

However, what came next was so close to wrapping up the Goal of the Season competition for Salop as George Nurse stepped up and struck one of the most cleanly hit piledrivers you will see from 30 yards. The ball rocketed through a sea of players before clattering the inside of the post in agonising fashion. Matt Pennington was the first to the rebound but Vickers recovered well to smother the follow-up.

As the game approached the final 20 minutes, Rotherham were still waiting to have a sniff at the goal in the second period as Town’s dominance ran rampant. Tyrese Fornah and Tom Bloxham had long-range efforts that came close and Shrewsbury peppered the Millers’ box with crosses throughout the second half; one of which was almost converted by Leahy with just a few minutes left on the clock and another from Nurse became a cross-cum-shot when it sailed towards the near post and almost caught Vickers off-guard.

This proved the last action of the game and Salop were forced to settle for a point against the league leaders.

Matt Pennington was booked for a foul on Oliver Rathbone in the 41st minute. 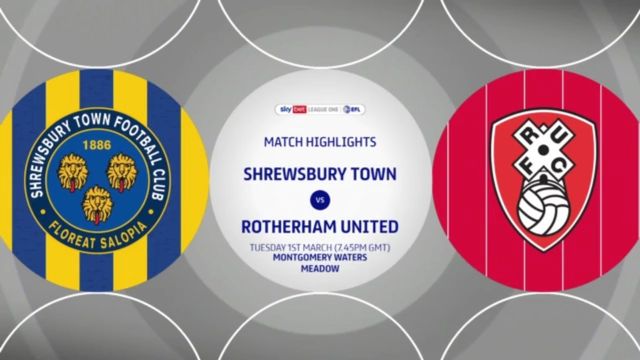 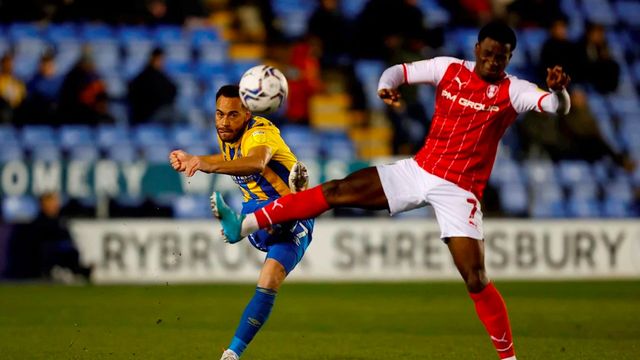