Take a look at all the latest stats and facts ahead of Town's Sky Bet League One home clash with Sunderland AFC.

Steve Cotterill will be hoping his men can improve on Saturday’s disappointing 2-1 away defeat to Cheltenham Town, against a Sunderland side who have lost three away league games in a row.

The Black Cats are however still sat just inside the play-off places in sixth position but are only three points off second place Rotherham and the league leaders. They do however come into this one on the back of a 2-0 home win over Ipswich Town on Saturday.

Sunderland are now spending their fourth successive season in League One having suffered a terrible few seasons which saw them get relegated from the Premier League and Championship back-to-back in the 2016-17 and 2017-18 season.

They have made the play-offs in two out of their first three seasons in League One whilst also making the final once. Now with former Bristol City manager Lee Johnson at the helm, the club will be hoping to get push themselves back up the table and start to get themselves back to a place all Sunderland fans feel they deserve to be.

Founded: 1879 (142 years ago) as Sunderland and District Teachers

One to Watch: Ross Stuart

Having joined on deadline day in January from Scottish Premier League side Ross County, the 25-year old struggled with injuries and had to wait until the middle of March to make his debut.

When he finally made his Sunderland debut he instantly impressed the Black Cat faithful, opening the scoring in a 2-0 win away to Accrington Stanley. Since he made the move to Wear Side he’s become a fan favourite and has even got the nickname the ‘Loch Ness Drogba’ because of his Scottish heritage.

He’s started this season even better than he ended last season and has so far scored 10 league goals and is the fourth top scorer in League One. He’s arguably Sunderland’s most valuable player and Salop will need to be on top of their game if they’re to keep him quiet.

Against the odds with 10 men, Salop secure a home point against Sunderland AFC.

It wasn’t plain sailing for Salop though as they spent the whole of the second half with 10 men after David Davis was sent off in first half stoppage time, but Steve Cotterill’s men were well deserving of their point in the end.

In an end-to-end game throughout the 90 minutes, Salop created numerous chances in both halves.

Nathanael Ogbeta had a decent chance early on five minutes in when he ran through but could only find the side netting from a tight angle. Ryan Bowman then had another good chance when he was played through after Ogbeta dispossessed a Sunderland defender deep into their half, Bowman’s shot was then blocked and sent wide for a corner.

Despite good chances for Salop, it was the visitors that took the lead with their only real clear-cut opportunity when Alex Pritchard took a curling shot from the left-hand side into the back of the net 16 minutes in.

The majority of the first half was spent in Sunderland’s half as Shrewsbury pushed for an equaliser, but the task got even harder for Steve Cotterill’s side as in first half stoppage time, David Davies was shown a straight red card for a challenge that the referee deemed to be endangering his opponent despite Davies winning the ball.

Having gone down to 10 men Sunderland would have been expected to dominate the second half, which they did for the first 10 minutes or so, but Salop showed great character and had a large spell where all the play was once again in Sunderland’s half.

Despite the man disadvantage Shrewsbury kept pushing and deservedly got their equaliser just after the hour mark, when in a packed-out box, Dan Udoh fired a venomous shot on the half turn through a large crowd of players, past Thorben Hoffmann.

The visitors ramped up the pressure late on but couldn’t make their man advantage count with Salop standing strong and making the game look as if it was still 11v11 on the pitch despite spending the whole of the second half with a man down.

Shortly before the midway break, David Davis was given a straight red card for a seemingly fair tackle.

Tickets are now on sale for our home game with Sunderland on Tuesday November 23rd 2021.

This game is valid for Season Ticket holders and they can turn up on the day and scan their card at the turnstiles for stadium entry. Match tickets are available before the day of the game and on Match Day.

For the start of the 2021 Season we understand that some supporters will be nervous about returning to full capacity venues. For this reason, we will be offering some socially distanced seating should you still want to be socially distanced from other supporters. These seats will be in Block 12 and 13. NB: Season Ticket holders in these areas will not be affected and can continue to use their Season Ticket to access the stadium and sit in their usual seats.

Collections before these times will still be from the Main Ticket Office. 10am – 5pm Mon to Friday. 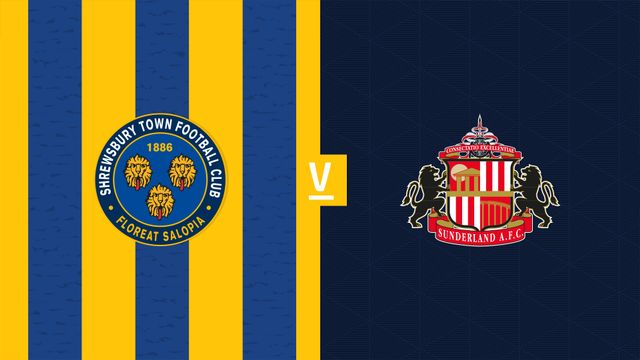 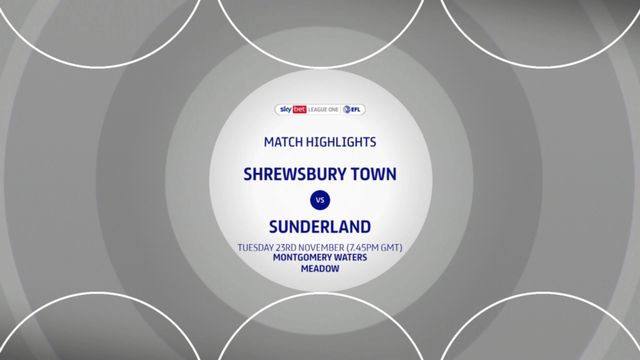 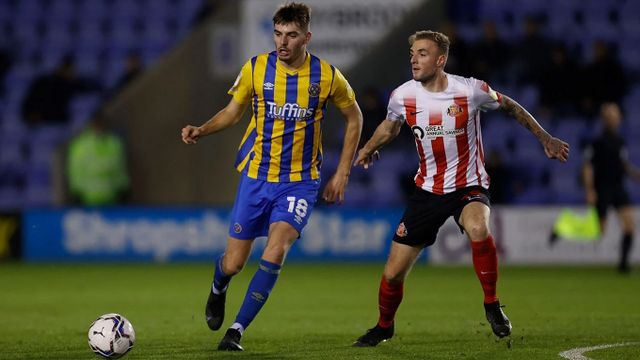