Take a look at the stats and facts ahead of Town's Emirates FA Cup fixture with Stratford Town.

However, the magic of the cup and the famous first-round draw decided that Town will tackle their first fixture away from Montgomery Waters Meadow. This afternoon Salop make the trip to the Ardren Garages Stadium in the hope of progressing past the home side in style live on ITV 4.

Despite battling with Boston United, the favourites to progress in the last round, the Bards were able to secure their spot in the first round of the competition for the first time in their history thanks to a late winner in the 77th minute to cap off a 3-2 win having forced a home replay against the Pilgrims. With a sold-out crowd and cup fever hitting the Town, many are describing today's attraction as the biggest fixture of Stratford Town's history.

The last five Bards fixtures have seen the home side pick up two wins, two losses and one draw in all competitions. With 11 games played, the Stratford-upon-Avon outfit currently sit 10th in the league table with 15 points on the board. 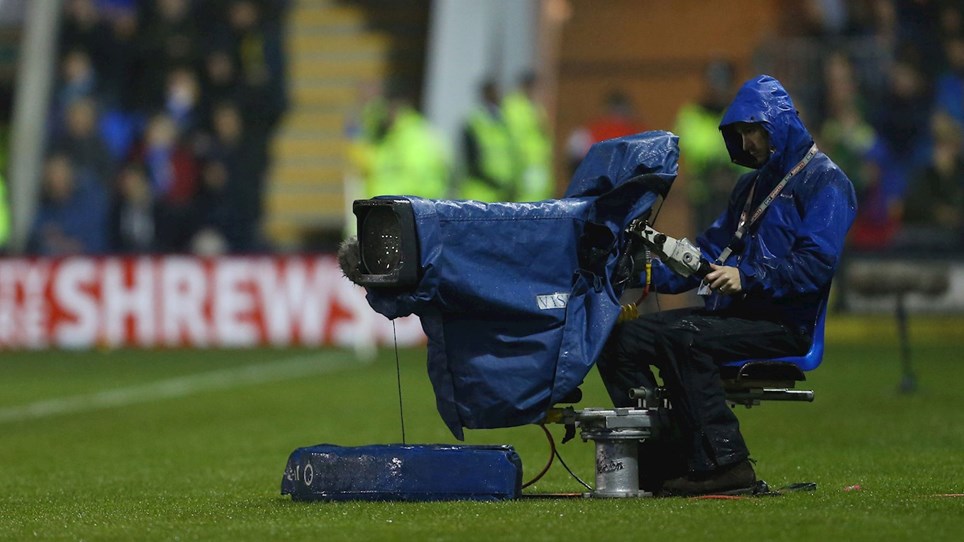 Shrewsbury Town secure passage into the second round of the Emirates FA Cup with a 5-1 win over Stratford Town away from home.

Shrewsbury Town's afternoon in Stratford-Upon-Avon ended with Steve Cotterill's men progressing into round two of the Emirates FA Cup.

Despite Town conceding the first goal of the afternoon's fixture, the Shrews battled back and notched five goals against a determined Stratford Town to secure their passage into the next round.

Five minutes in, the home side managed to take the lead following a smart set-piece. The  Bards found Will Grocott on the edge of the box from a corner and the Stratford captain was able to fizz a shot under Harry Burgoyne to give his team the opener.

Nathanael Ogbeta was the first Salop man to have a meaningful shot on target. Town's wing-back dribbled past his man and let off a curling shot towards goal. Despite beating the defender, Ogbeta couldn't beat the 'keeper.

Ogbeta was a continual threat on the left wing and his play offered Ryan Bowman a chance to level for Town in the 25th minute. The forward was in the right place at the right time and was able to tap home from close range.

10 minutes into the second half of the fixture, Bowman netted his and Town's second goal of the game to take the lead. A near carbon copy of the first, Ogbeta floated a ball towards the back post and Bowman was in the right place to tap home from a yard out.

The next meaningful action of the fixture came four minutes later when Luke Leahy found the back of the net with an emphatic shot from range. Leahy picked up the ball on the edge of the box and guided his effort into the top corner of the net.

Town took full control of the game and added a fourth a short time later. Elliott Bennett stood over a free-kick 20 yards out and fired his effort high into the top corner of the net - giving Liam O'Brien little chance to make the save.

A fifth came with seconds left to play as Tom Bloxham ran through the home side's defence to slot a wonderful finish across goal and into the corner to top off a strong Town second-half performance.

Shortly before the half-time break, James Fry was shown the first yellow card of the game for a foul on Dan Udoh.

Tickets for Stratford Town will go off sale at 4pm today and any not collected from the Shrewsbury Town Ticket Office will be available at Gate A at Knights Lane from 2pm on Sunday. 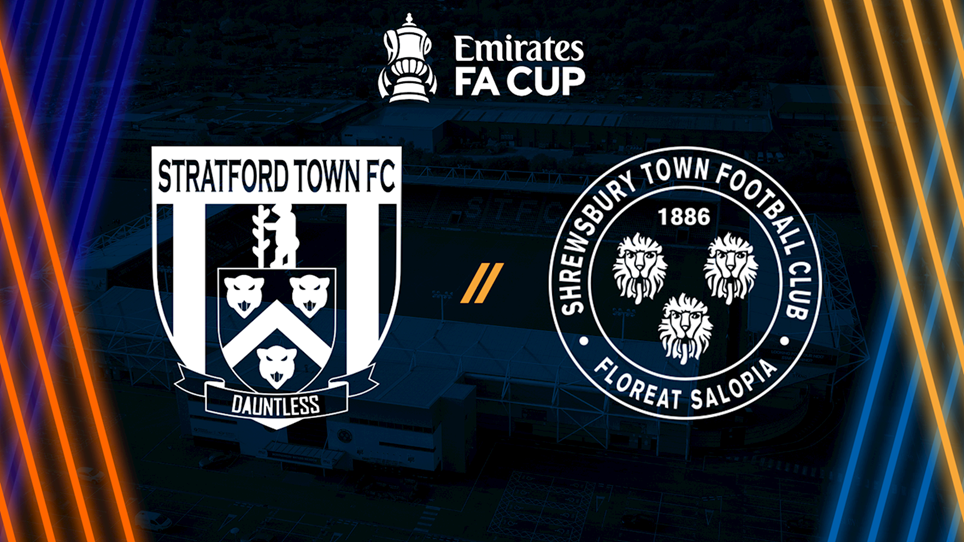 
Tickets for Town's Emirates FA Cup  tie against Stratford Town, will go on general sale from 2pm today, online and in person.


Emirates FA Cup first round ticket details have been confirmed.