Town out of the Papa John's Trophy after a 2-0 loss to Wigan.

Shrewsbury Town were eliminated from the EFL Trophy following a 2-0 defeat away to Wigan Athletic on Wednesday night.

Steve Cotterill’s men only required a draw at the DW Stadium to progress from Group C, but goals in both halves from the current Sky Bet League One leaders, ensured Salop didn’t go through to the latter stages of the competition.

Salop started the game brightly and nearly took the lead after just 30 seconds when a long range shot from about 25 yards by Sam Cosgrove was well saved by Jamie Jones in the Wigan goal.

But it was the home side who took the lead after just eight minutes when defender Adam Long rose highest from a Tom Pearce cross to head Wigan in front.

Salop had a chance to equalise on the brink of half time when Aaron Pierre rose highest from a free kick but couldn’t get a good connection on the ball and headed over.

Half-time substitute Shaun Whalley had a golden opportunity to get Salop back on level terms on 52’ minutes when he did really well to flick a ball over a Wigan defender but could only fire his shot straight at Jones.

Salop then found themselves 2-0 down just a minute later when a mix up between Ethan Ebanks-Landell and George Nurse allowed Chris Sze to run through on goal one on one against Harry Burgoyne before dinking the ball over the Shrewsbury keeper to double Wigan’s lead.

Luke Leahy had a driven shot at the Wigan goal saved late on and despite several corners and crosses into the box, Salop couldn’t find a way past the Wigan defence.

Luke Leahy was then booked on 84 minutes following a heavy tackle on Gwion Edwards.

Tickets are now on sale for our Papa John’s Trophy trip to Wigan.

Tickets go off sale from the ticket office and online at 12pm on Wednesday 10th November. 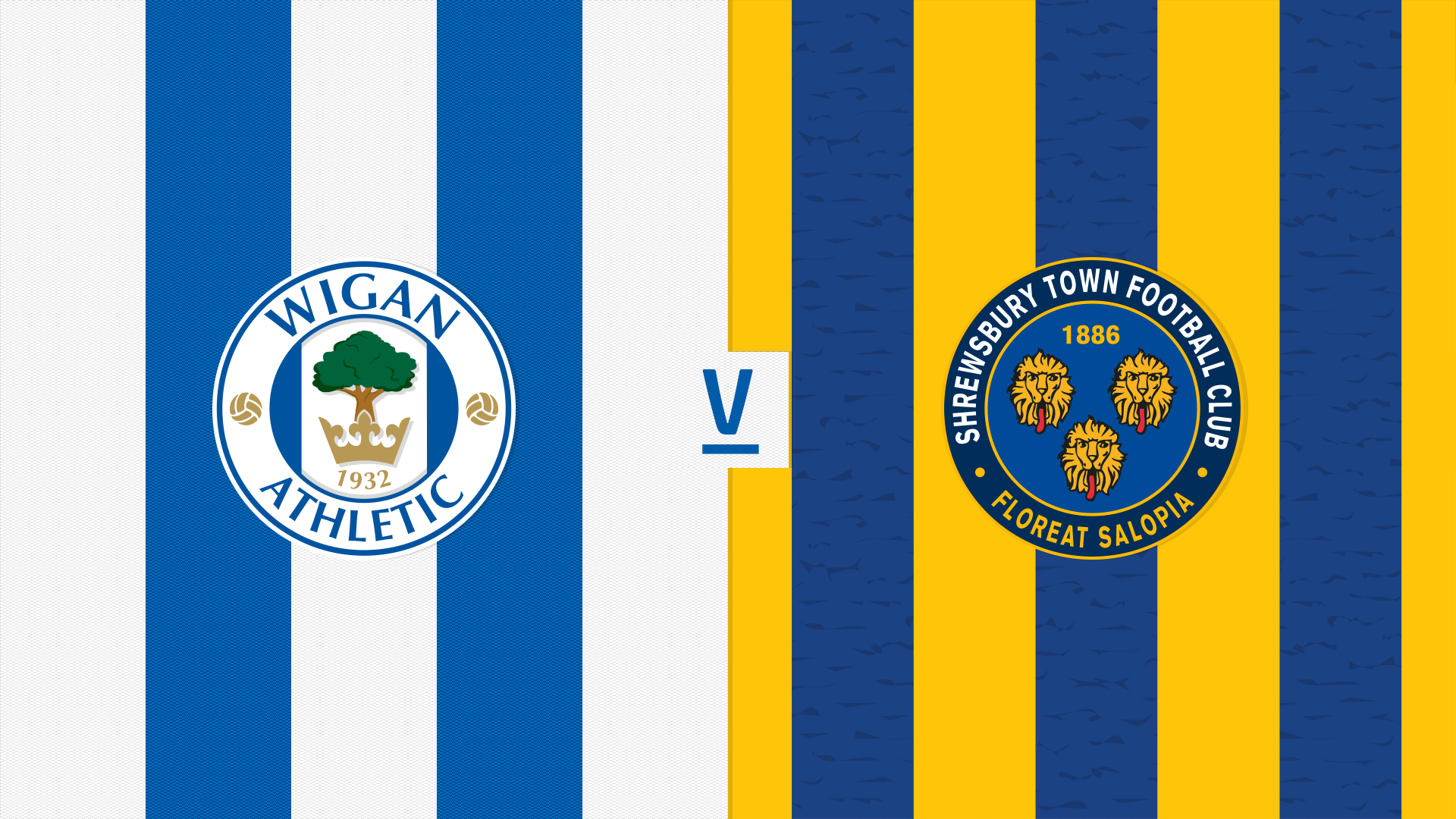 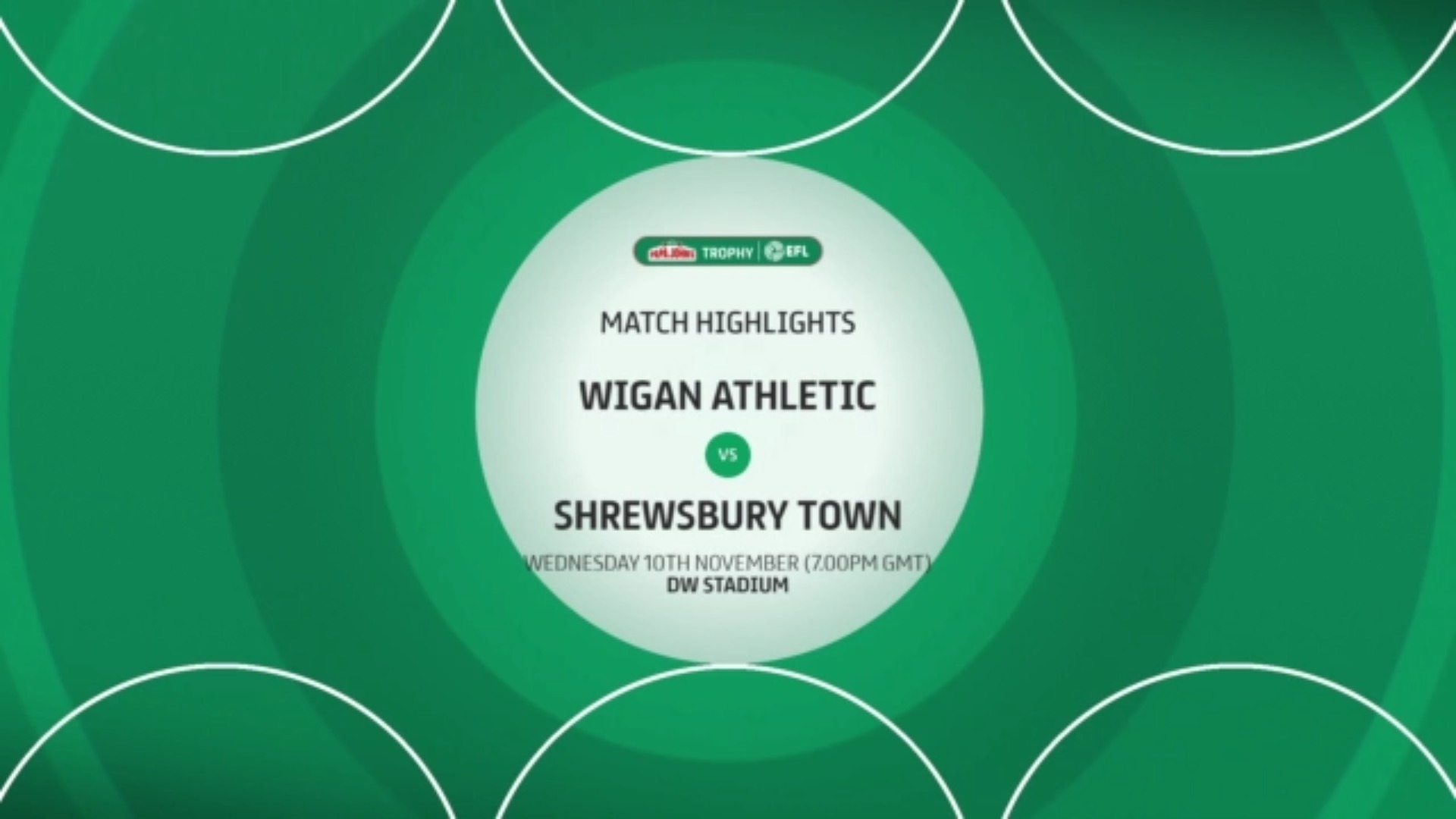 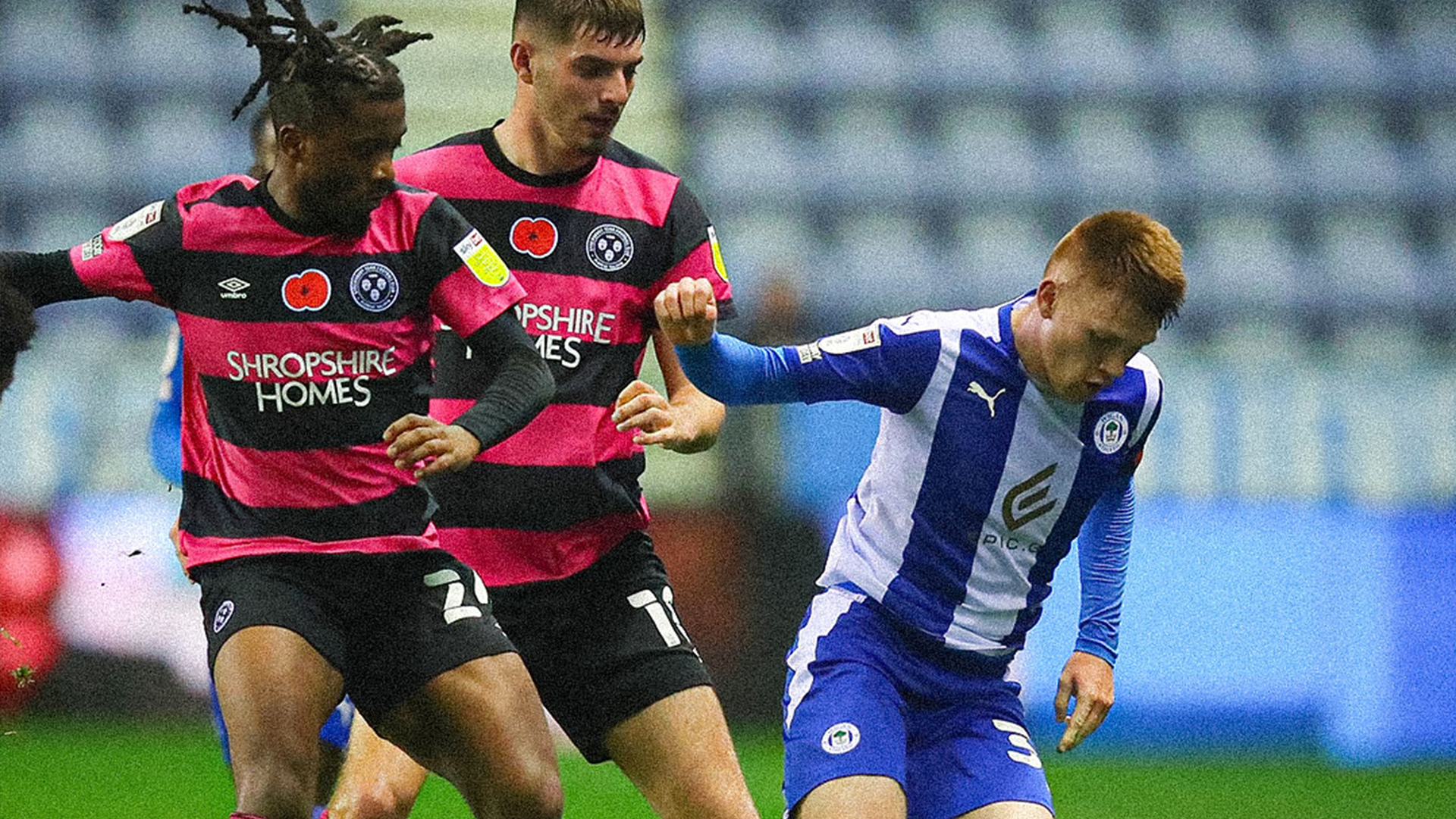