Shrewsbury Town suffer a 2-1 defeat at the hands of Bolton Wanderers.

Shrewsbury Town's afternoon in Greater Manchester came to an end with Salop losing out 2-1 to Bolton Wanderers at the University of Bolton Stadium. A late set-piece goal from Luke Leagy from Salop wasn't enough for Steve Cotterill's men to return to Shropshire with a point.

Despite positive play in the final third for Salop during the early stages of the fixture, chances were hard to come by and the home side defence negated danger well. However, with 13 minutes on the clock, Dan Udoh and Ryan Bowman were both able to fire shots at goal. It wasn't the breakthrough Town were looking for as the home side remained resolute to get solid blocks on each effort.

The next chance of the game came the way of Bolton Wanderers in the 17th minute. Breaking from midfield, Anton Sarcevic was able to pick the ball up near the centre circle and successfully dribbled to the edge of Town's box. The Wanderers number 10 followed up his run with an inch-perfect, curling shot that nestled in the corner of the net.

Just six minutes later, the home side made it two. Dapo Afolayan earned space by dribbling through two Salop defenders in the final third to let off a low curling effort. Unfortunately for Town, the ball flew through the defence and found its way into the far corner of the net.

Seconds before the half was out, Town came agonisingly close to finding a goal to half the deficit. Elliott Bennett pounced on a loose ball just inside the Bolton box but saw his drilled shot cleared off the line by the Wanderers number five Ricardo Almeida Santos.

Salop were awarded a penalty in the 56th minute due to Shaun Whalley being tripped in the Bolton box. Bowman stepped up for the spot-kick but was unable to beat Joel Dixon in between the sticks.

Town did manage to find the back of the net late on through Luke Leahy. Town's wing-back stood over a free-kick on the edge of the box and guided a wonderful effort into the top corner of the Wanderers net to half the deficit with two minutes of regular time remaining.

The game came to an end with the home side securing the three points.

Ticket details are now available for our Sky Bet League One away fixture with Bolton Wanderers.

Tickets are now on sale for our Sky Bet League One trip to Bolton. We have been allocated 523 tickets for the game and Town fans will be housed in the Franking Sense South Stand

Tickets go off sale from the ticket office and online at 2pm on Friday 1st October.

Car Parking is available at the ground on a pay-on-arrival basis. £8 per car, £12 per Minibus and £20 per coach. 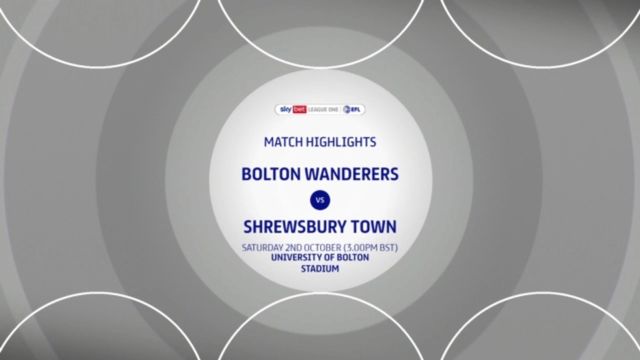 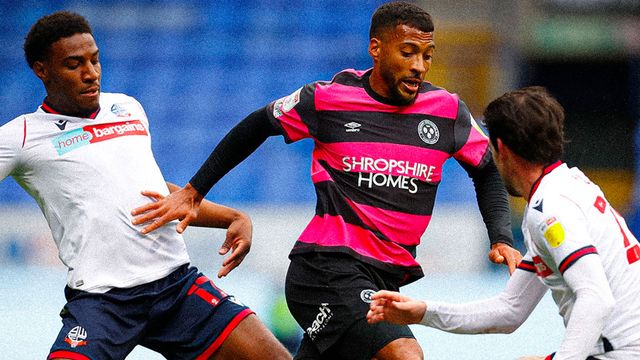