Take a look at the latest stats and facts ahead of Town's Sky Bet League One away fixture with Paul Cook's Ipswich Town.

Second half goals from Tom Bloxham, Louis Lloyd and Rekeil Pyke gave Steve Cotterill’s side the win and the Salop boss will be hoping to build and carry momentum into the weekend.

This weekend Salop make the long journey east to the Portman Road Stadium to face Ipswich Town. Following a busy transfer window for the Tractor Boys,  Paul Cook brought in over 20 first-team players hoping to fire their way back into the Championship following their relegation two seasons ago. However, the home haven’t started the season off as well as they’d have hoped. With only two wins from their opening 10 league games, Ipswich lies one point above the relegation zone.

Paul Cook’s side will be looking to recreate performances such as the 6-0 thrashing of Doncaster Rovers in the league at the end of last month, so Salop needs to make sure they stay focused throughout the match if they’re to leave the East Coast with anything come five o’clock Saturday evening.

One to Watch: Macauley Bonne

Despite not having the best start to the league season, it’s fair to say that Ipswich Town would be a lot worse off without Macaulay Bonne. The Zimbabwe international re-joined his hometown club and the same club that released him when he was 14-years old, on loan from Championship side Queens Park Rangers in the summer.

Since re-joining Bonne has started life in League One brilliantly. The Tractor Boys have scored 19 goals in the league so far with nine of them coming from Bonne alone. He currently sits joint second in the race for the golden boot alongside Plymouth Argyle forward Ryan Hardie. Only Morecambe striker Cole Stockton has scored more goals in the league with nine strikes so far. It’s clear to see that Bonne poses the biggest threat for Salop and Steve Cotterill will need to make sure that his defenders are at their very best if they’re to keep Bonne quiet.

Shrewsbury Town's afternoon in Suffolk came to an end with Salop narrowly losing out 2-1 against Ipswich Town at Portman Road.

Despite Steve Cotterill's men drawing level through Shaun Whalley's long-range finish, the home side were able to go one better finding the winner in the 55th minute through top goal-scorer Macauley Bonne

In the 19th minute, Matt Penney came close to giving the home side the lead with a powerful shot from distance. The Ipswich number three picked up the ball on the edge of the box but saw his effort whistle narrowly past the Salop post. Town were able to counter-attack through Shaun Whalley but Ryan Bowman was unable to generate enough power on his header to trouble at the other end of the pitch.

The opener came four minutes later with the Tractor Boys taking the lead through Conor Chaplin. Despite Marko Marosi making a great close-range save from Macauley Bonne's header, the home side followed up to strike the ball into the back of Town's net despite Matthew Pennington's best efforts to make the block.

Salop registered an almost immediate response with Shaun Whalley finding the back of the net from distance in the 28th minute. Town's number seven battled well to retain the ball outside the box and struck an inch-perfect shot with his 'weaker' left foot into the top left corner to pull Town level.

10 minutes into the second half, Paul Cook's men re-established the lead through top-scorer Macauley Bonne; registering his ninth goal of the season. The forward jumped highest to meet a corner at the near post to guide his header across the face of the goal and into the back of the Salop net.

Both sides continued to battle for the ball in the middle of the park with each team having some success in the final third. Late into the fixture, Luke Leahy had a strong claim for a penalty denied by referee Will Finnie despite being tackled to the floor inside the box.

Not for a lack of effort, the game came to an end with Town leaving Suffolk empty-handed.

Cameron Burgess was shown the first yellow card of the fixture in the 39th minute for pulling down Sam Cosgrove as Town's man looked to drive up the pitch.

Aaron Pierre was shown a yellow in the 68th minute for a late challenge near the byline.

In added time, Scott Fraser was shown the final yellow card of the game for simulation in the Salop box.

Tickets are now on sale for our Sky Bet League One trip to Portman Road.

Please see below for important information regarding attending the game. Read in full BEFORE buying your tickets for the game.

For all supporters aged 11 and over visiting Portman Road this season, we will be asking for proof of a Negative Lateral Flow Test result taken or proof of a double vaccination.
If no proof of either, no admission will be granted.

A test must have been reported and can be demonstrated via text message or email via NHS Test and Trace.
The test needs to be taken within 48 hours of the time the stadium gates open (1.30 pm)

The Club will not accept actual lateral flow test sticks as proof.

Proof that both doses of received at least 14 days prior to the match.
This can be documented by the NHS app or via the Scottish or Welsh vaccination record services.

ITFC will also accept the NHS Vaccine card issued at the point of 1st vaccination.

Please also note that all supporters aged 13 and over will need to have a photo ID (passport/driving license) available to verify their covid status on arrival at the turnstiles.

Face coverings are mandatory in indoor areas such as the concourses and toilets etc. Whilst not mandatory within the stadium bowl, spectators are strongly encouraged to wear face coverings in all outdoor spectator settings, including seats. We ask all those attending to show respect to ITFC staff and fellow supporters regarding this matter.

Please note and communicate that all tickets will have an arrival time printed on them.
Supporters should look to adhere to these times and arrive when stated. With the checks in place at the turnstile the entry process will be longer than normal, so these times are designed to allow access to the stadium in time to watch the game.

Ambulant Disabled supporters wishing to sit in the Upper Tier can do so but please note that there is no lift or accessible toilet in this area.

Tickets go off sale from the ticket office and online at 2pm on Friday 8th October. 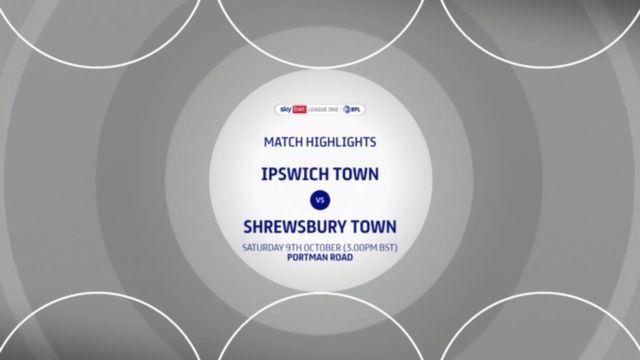 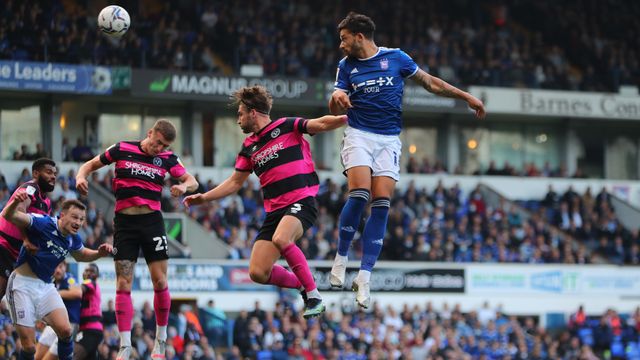