Take a look at the latest stats and facts ahead of Town's Sky Bet League One away fixture with Oxford United.

Shrewsbury Town are straight back in Sky Bet League One action following their impressive 1-0 win over Milton Keynes Dons on Saturday, as they travel to the Kassam Stadium to face Oxford United under the lights on Tuesday night.

Salop will go into is this one looking to build on Saturday’s win hoping it will give them some much-needed confidence to kick on going further into the season. The hosts on the other hand will be looking to improve on their 3-1 home loss at the hands of league leaders Plymouth Argyle on Saturday. The hosts who currently sit ninth in the league table, might be a bit shaken and low on confidence following Saturday’s defeat, so it could be a perfect opportunity for Salop to pounce on the U’s and claim what would be another vital three points.

Despite Saturday’s defeat to the league leaders, Karl Robinson’s side are still only one point off the play-off places and will be looking to recreate results such as the 5-1 thrashing of Accrington Stanley and the impressive 2-1 away win against fellow play-off chasing side, Sheffield Wednesday.

Oxford United still have a lot of quality at their disposal and Salop will need to be at their very best if they are to come back to Shropshire with anything from Tuesdays game.

One to Watch:  James Henry

Since joining Oxford back in 2017, Henry has gone on to make over 150 appearances for the U’s in all competitions and has scored just under 50 goals for the club. He’s gone on to make himself a household name at the Kassam Stadium.

So far this season he’s scored five goals and gotten himself two assists in 11 appearances, making himself Oxford’s top goal scorer so far. At the age of 32, Henry is nearing the latter stages of his career, but the midfielder still offers a huge amount of quality to Karl Robinson’s side. Having played both in midfield and on the wing this season, Henry is a very versatile player that Salop will need to keep an eye on him if he’s to have a quiet game.

Shrewsbury Town lose out 2-0 away from home against Oxford United.

Shrewsbury Town's evening fixture away from home in Sky Bet League One competition ended with the home side securing a 2-0 win.

Despite a solid first half performance from Salop, the home side were able to mount enough pressure to ensure Town returned to Shropshire empty-handed. Goals from Mark Sykes and Cameron Brannagan was the difference between the two sides on the night.

Steve Cotterill's Salop had an early chance to take the lead in the fixture with Tom Bloxham narrowly missing the target on the 10-minute mark. Dan Udoh worked a clever cross into the box but Town's forward saw his effort glide past the post.

The next real chance of the game came in the 18th minute for the home side. Matty Taylor managed to latch onto a deflected ball inside the Salop box but was unable to guide an effort on target from close range.

Despite a solid showing and near-perfect defending from Town in the first 45 minutes of the fixture, the home side were able to break down the Salop backline seconds into the next period. Mark Sykes launched a cross into the box from distance and saw his hit wiggle all the way through and into the back of the Salop net.

The home side managed to double their lead to seal the win through Cameron Brannagan in the 88th minute. The U's number eight picked up the ball on the edge of the box and was able to fire a great strike into the bottom corner of Town's net.

Unfortunately for Town, the game came to an end with all three points remaining in Oxford with Karl Robinson's U's.

Ticket details are now available for Town's Sky Bet League One away fixture with Oxford United.

Tickets are now on sale for our Sky Bet League One trip to Oxford. We have been allocated 508 tickets for the game and Town fans will be housed in the North Stand

There are 4 pairs of Disabled and Carer Wheelchair bays available also. Ambulant Disabled are charged the same as the relevant age group, Carer tickets are free of charge if required. (Medium or Higher Rate).

Tickets go off sale from the ticket office and online at 2pm on Monday 18th October. 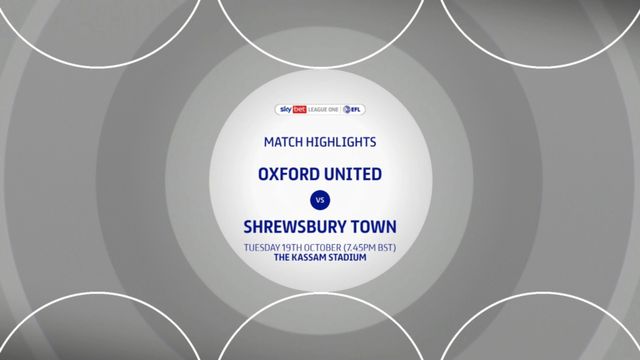 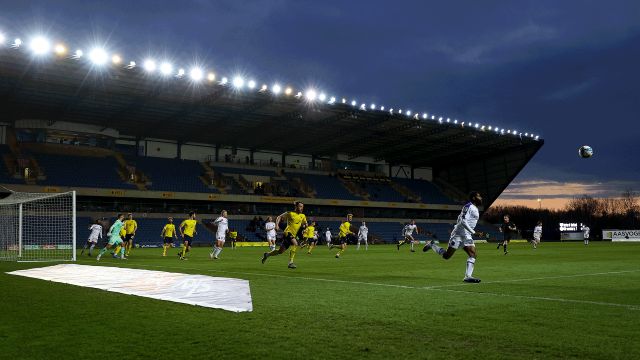