Shrewsbury Town secure three points and a clean sheet with a 1-0 win over MK Dons at Montgomery Waters Meadow.

In a first half that saw very little action in terms of chances created, the best clear-cut chance fell to the visitors in the 37th minute. Dons number 10, Mo Eisa was played through by Troy Parrott, the striker then tried to fire a shot across goal but Marko Marosi was equal the effort and made a good save with his outstretched leg.

Salop weren’t at their best in the first half and didn’t create any clear-cut chances apart from a tame volley from Sam Cosgrove in the 19th minute which was saved comfortably by Dons keeper Andrew Fisher. Cotterill’s men reacted well in the second period and the introduction of Ryan Bowman at the start of the second half gave Salop the boost they needed.

Salop broke the deadlock 10 minutes into the second half when a smart ball from Dan Udoh played in Shaun Whalley beautifully down the left-hand side. Whalley still had it all to do as he cut inside on his right foot and from a tight angle fired his shot past Fisher at his near post into the roof of the net.

Despite the away side pushing hard to find an equaliser, the Salop defence remained resolute to block out any forward advances. Despite some success on the wings, Ethan Ebanks-Landell headed away any danger and continued to be a strong presence at the back end of the pitch. The game eventually came to an end with Town securing the win and the clean sheet.

The first yellow card of the game was shown to Shaun Whalley in the 30th-minute foul on David Kasumu.

Five minutes later, Leahy was shown a yellow for a late challenge in the middle of the park.

Harry Darling was shown the third booking of the game for pulling down Dan Udoh as Salop looked to counter-attack on the 45-minute mark. 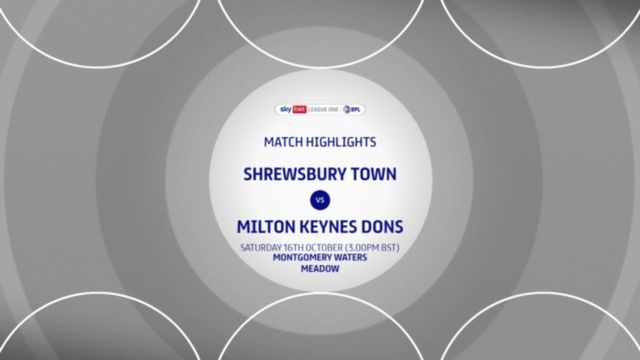 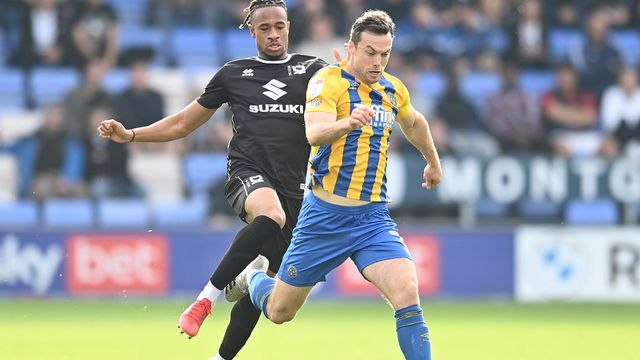