Take a closer look at the latest stats and facts in our match preview ahead of Salop’s Sky Bet League One fixture versus Sheffield Wednesday.

Steve Cotterill’s side continue their Sky Bet League One campaign with this weekend’s trip to Hillsborough, where they face Sheffield Wednesday, looking to build on from last weekend’s draw against Crewe Alexandra. Darren Moore and his Owls side will welcome Salop having lost their last two, currently leaving them in 12th place, with the Yorkshire-based side looking to bounce back from their relegation from the Championship last year.

Moore’s side started the season off comfortably, and as previously mentioned, they experienced their first tastes of defeat this season at the hands of Morecambe and Plymouth – two sides that both Salop and the Owls have faced. Wins against Doncaster, Rotherham and Fleetwood have showcased glimpses of the inevitable quality present within the former Championship outfit, the Owls adding themselves to a growing list of clubs who now find themselves resident names in the third tier. Moore hasn’t shied away from bolstering his side ahead of this season, with Saido Berhaino standing out amongst a vast list of incomings to Hillsborough this summer.

But the Owls will start tomorrow’s game without Everton loanee Lewis Gibson, the youngster still side-lined with a slight quad injury. Town, on the other hand, shall be without Rekeil Pyke, after the striker tested positive for COVID-19; Aaron Pierre on the other hand was given the all-clear for this week’s bout, despite fears he’d miss out due to the knock his suffered last weekend.

The last time the two faced each other was in the 2015/16 FA Cup, a winner at the death from Jack Grimmer handing Salop a fifth-round tie with Premier League giants Manchester United. Cotterill has shown in the past his Shrewsbury side is not one to shy away from the perceived ‘bigger' club in League One, and if they can produce performances shown on the road against the likes of Hull, then hopefully his side will leave Yorkshire with all three points giving them a much-needed first win on the road this season.

One to watch: Barry Bannan

The resident creative in Darren Moore’s side, Bannan has had an established career that has seen him the heights of the Premier League before life in League One. Joining from top-flight outfit Crystal Palace, Bannan’s career has seen him star for numerous sides, but it was with the Owls where the midfielder really came into his own; the midfielder now leading his teammates out as captain since the start of last season – with Bannan now going into his seventh season at Hillsborough.

With one goal to his name this season, Bannan will be keen to add to this amount, amongst showcasing his tricky playmaking and technical ability across the middle of the park. As one of the more experienced figures in the Owl’s side, be sure to hear him leading the charge as Wednesday look to bounce back from their recent dip in form.

Shrewsbury Town earn a point on the road against Darren Moore's Sheffield Wednesday.

Ryan Bowman was Town's man on the scoresheet as his first-half goal secured the Shrews a second consecutive draw.

A competitive start to the fixture saw both teams battling relentlessly for the ball in the middle of the park. With every spell of possession, both teams looked to advance forward to create issues in the final third. To Town's disappointment, it was the home side who found the opening breakthrough. With six minutes on the clock, Saido Berahino rose highest to meet a corner with a solid header that nestled into the corner of the Salop net.

In the 23rd minute, the home side were awarded a penalty after Josh Vela pulled down Olamide Shodipo inside the Salop box. However, to Town's relief, Barry Bannan's effort from the spot was dragged wide of the post.

Town finally registered a response in the 36th minute with a goal of their own to square things up. After a goalmouth scramble, Town forward Ryan Bowman was able to scuffle the ball over the line from half-a-yard out to bring Salop back on level terms at Hillsborough.

Luke Leahy was next to go close for the Shrews with a left-footed effort under pressure inside the box. The defender found himself through on goal but couldn't guide his shot on target due to the pressure of the Wednesday defender hot on his heels.

Despite Town and the home side pushing until the final whistle to find the winner, neither team could break the deadlock and the points were ultimately shared.

Ticket details for our Sky Bet League One trip to Hillsborough are now available.

Tickets are now on sale for our Sky Bet League One trip to Hillsborough.

There are 6 pairs of Disabled and Carer Wheelchair bays available also.

Tickets go off sale from the ticket office and online at 2pm on Friday 17th September. 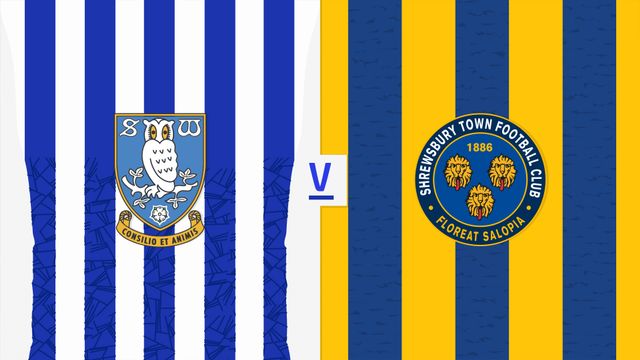 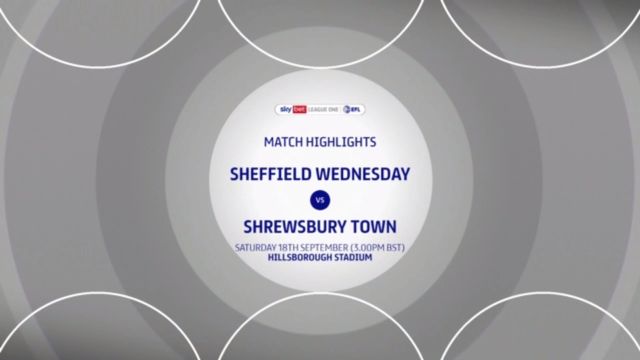 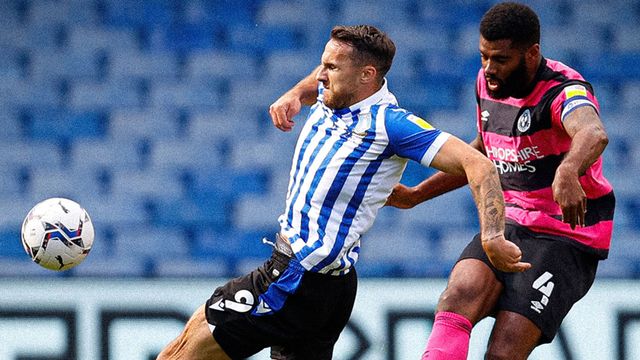