Goals from Luke Leahy and Daniel Udoh ensured that Shrewsbury Town came from a goal down to beat AFC Wimbledon 2-1 at Montgomery Waters Meadow on Saturday afternoon.

In what was an end-to-end first-half, it was the visitors who took the lead following Salop's free-kick error in the 32nd minute. Elliot Bennett was dispossessed on the edge of the Wimbledon box which allowed the away side to counter quickly. Luke McCormick played through Dapo Mebude, who was one-on-one with Marko Marosi in the Salop goal, slotted a fine finish into the bottom right corner.

Steve Cotterill’s side wasn’t short of chances and could have taken the lead after seven minutes when a shot from Shaun Whalley was parried by Nik Tzanez, then falling to the feet of Ethan Ebanks-Landell but his effort was fired straight at the keeper.

Salop finished the half brightly and got their equaliser after 41 minutes when Leahy rose highest from an Elliot Bennett cross to head the ball over Tzanez to make it 1-1. The goal changed the momentum of the game and Shrewsbury nearly took the lead two minutes later when the ball fell to Whalley inside the Wimbledon box, who left unmarked fired a shot straight at Tzanez.

The second half was more of the same with both sides trying to break on the counter and both sides having large spells on the ball at times. The away side had a good chance to take the lead just after the hour mark when an Aaron Pressley header forced Marosi into a good save down to his right-hand side.

But Salop got their lead on 67 minutes when substitute Udoh made a near-instant impact, out-jumping several Wimbledon defenders, latching onto a Leahy cross heading home to make it 2-1 in what was a near-identical goal to the home side's first.

Despite a bombardment of Wimbledon attacks in the closing stages, the visitors failed to create a clear-cut opportunity as Salop stood strong and managed to see out the game and claim a valuable three points. 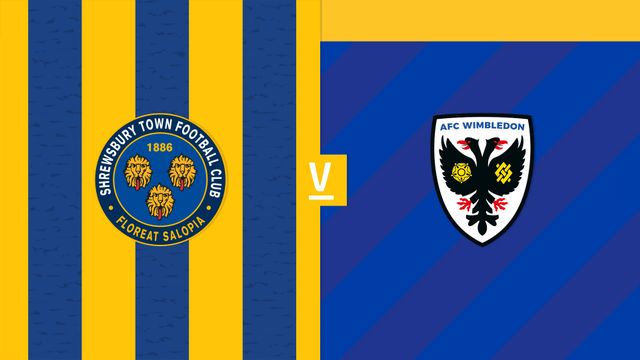 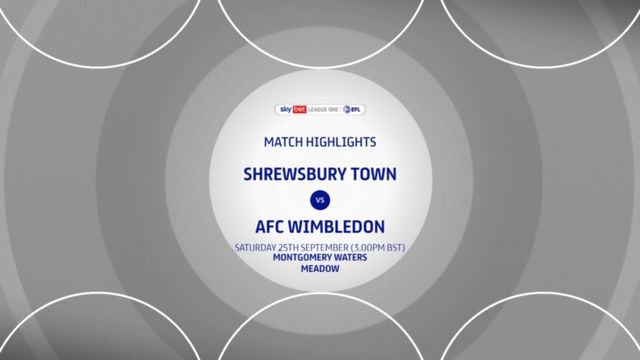 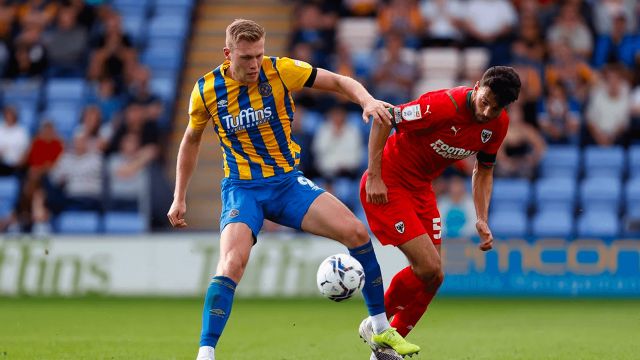