Take a look at all the stats and facts ahead of Town's Sky Bet League One fixture with Wycombe Wanderers.

Shrewsbury Town continue their Sky Bet League One campaign with Tuesday night’s fixture against Wycombe Wanderers, welcoming Gareth Ainsworth’s side under the lights of the Montgomery Waters Meadow.

The Chairboys re-joined League One this season following a year in the second tier, Gareth Ainsworth’s side finishing a point shy of safety last season. His side currently sit in sixth and have enjoyed a solid start to the league season, with four wins so far showing clear signs of intent to reclaim a spot in the Championship. However more recently, the Chairboys were at the losing end of their League Cup tie against Manchester City, and in the league against MK Dons, handing them their second loss of the league season so far – the first coming against Sunderland. But despite a difficult fixture run, the Chairboys have passed through quite comfortably, and to have only lost against the sides at the top end of the table.

But if the past two performances from Steve Cotterill’s side are anything to go off, this evening could make for a tough test for both teams – his Salop side recently impressing against Sheffield Wednesday and AFC Wimbledon, the latter giving the Town their second win of the season. With Salop beginning to turn a corner this season, a win on Tuesday could give Salop all the motivation they need to truly kick on and bounce back from their poor start.

One to watch: Garath McCleary

Joining before the Chairboys' first season in the second tier, McCleary is one of the more experienced players in the Wycombe ranks, one who has seemed to be at the centre of everything attacking wise this season – with four goals in seven starts so far.

Beginning his career with Oxford City, McCleary rose through non-league before joining Nottingham Forest in 2008 after impressing during his spell as a trialist. McCleary went on to make 123 appearances for the Reds – scoring 13 – before leaving in 2012 for Reading, where he’d enjoy the most successful spell in his career.

McCleary arrived at the Madjeski and soon began to prove his worth, establishing himself as a first-team regular near enough from the get-go. During his time with the Royals, McCleary earned his first international call-up, representing Jamaica in 2013; the midfielder since going on to make a further 23 appearances for the Reggae Boyz. An eight-year spell ended in 2020, with McCleary scoring 27 and assisting 46 during his time playing in Berkshire. Since arriving at Adams Park, McCleary has really impressed – especially this season – and will offer a lot for Gareth Ainsworth’s side both on and off the pitch.

Shrewsbury Town's Tuesday evening fixture with Wycombe Wanderers came to an end with the Chairboys taking home all three points after a tightly constested tie.

Despite Town cutting the defecit in half through Matthew Pennington, Steve Cotterill's men were unable to find the equaliser as Gareth Ainsworth's men left Shropshire with the win.

Bright play from Town allowed Steve Cotterill's men to advance in the visitor's half during the early stages of the fixture. In the 17th minute, Shaun Whalley managed to guide the first Salop effort on target with a half-volley but David Stockdale calmly clutched the ball to keep the scoresheet blank.

Dan Udoh's relentless effort and running offered the Shrews another chance at the Chairboys goal with 28 minutes on the clock. Town's forward drove forward with the ball along the byline and fired a powerful cross into the box. Town's number seven, Whalley, managed to make a headed connection with the ball but couldn't guide his shot on goal.

Shortly before the half-time break, the Chairboys had their own opportunity to snatch a late goal. Jason McCarthy stood over a free-kick from 25-yards out and beat the Salop wall but couldn't beat the bar and saw his effort sky high into the Salop Leisure Stand.

Despite an even half of football, Wycombe came out for the second with a point to prove. With only six minutes elapsed, former Salop man Jacobson found the net for his team. Gareth Ainsworth's captain latched onto the ball outside the box and managed to find the corner of the net via the post with a left-footed strike to break the deadlock.

A stinging shot from wing-back Luke Leahy called David Stockdale into action just prior to the hour mark. Town's number three powerfully half-volleyed an effort on target from the edge of the box and made the Wycombe shot-stopper stretch across his line to make a parried save.

65 minutes in, Wycombe doubled their lead with a headed goal. Ryan Tafazolli rose highest to meet a free-kick inside Town's box. Despite pressure from the Salop defence, the Chairboys number six was able to make a solid connection with the ball; giving Marko Marosi a slim chance to make a save.

With just over 10 minutes to go, Steve Cotterill's men managed to half the deficit. After sustained pressure, Town were awarded a corner. Elliott Bennett stepped up to deliver the ball and Matthew Pennington jumped highest to net with a headed effort across goal.

Despite Salop's best efforts, the game came to an end with Town unable to find the leveler. 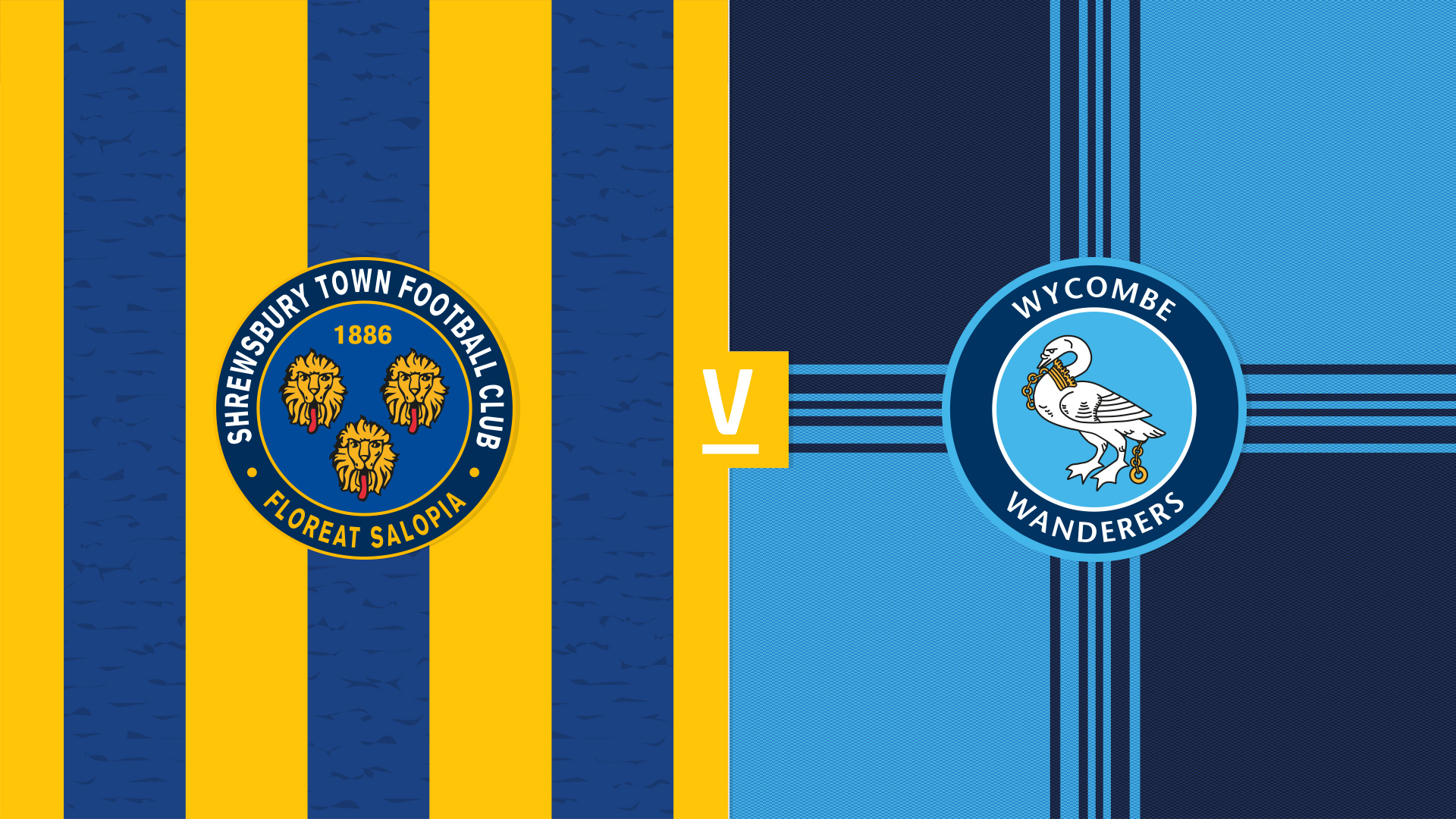 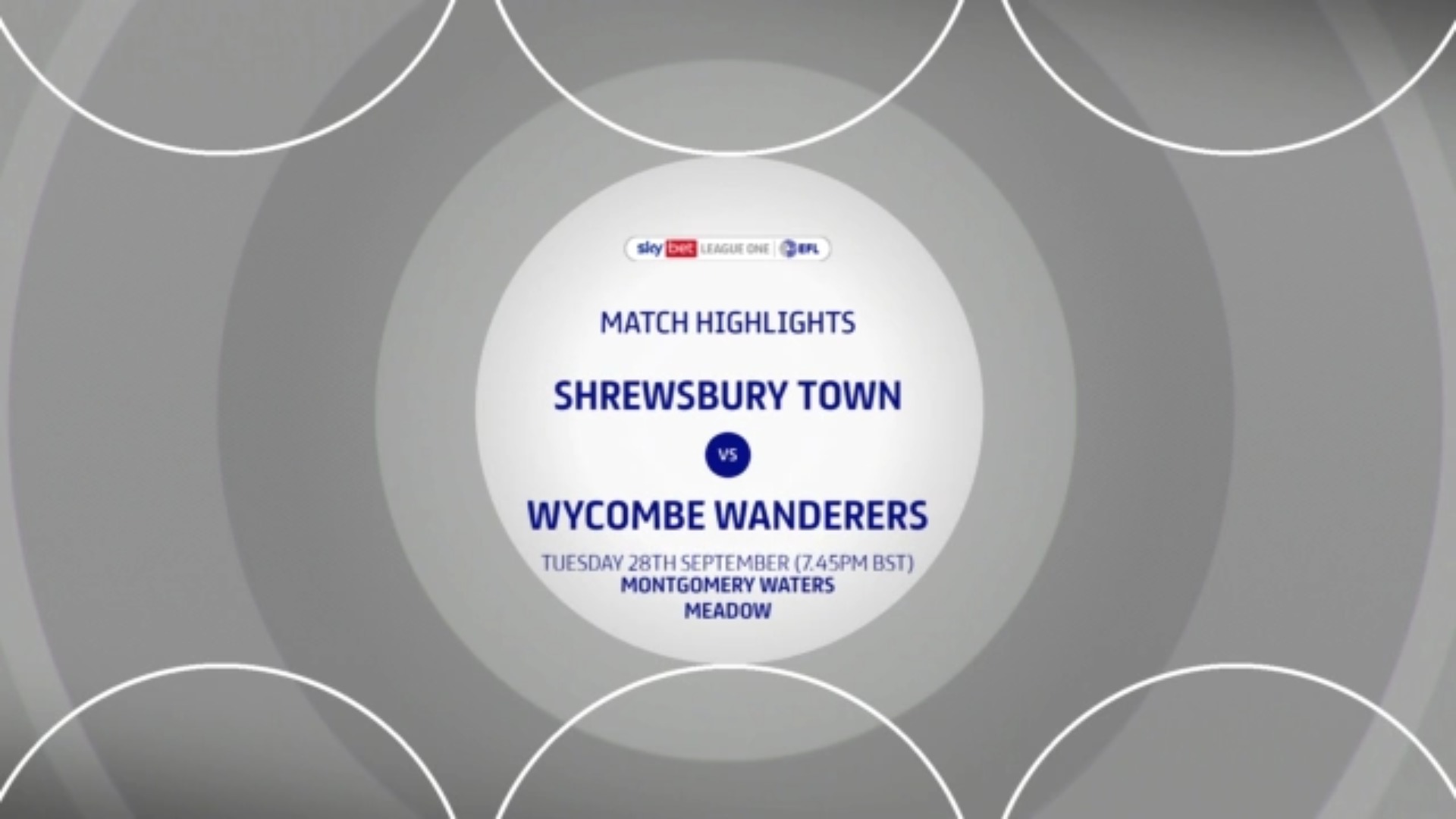 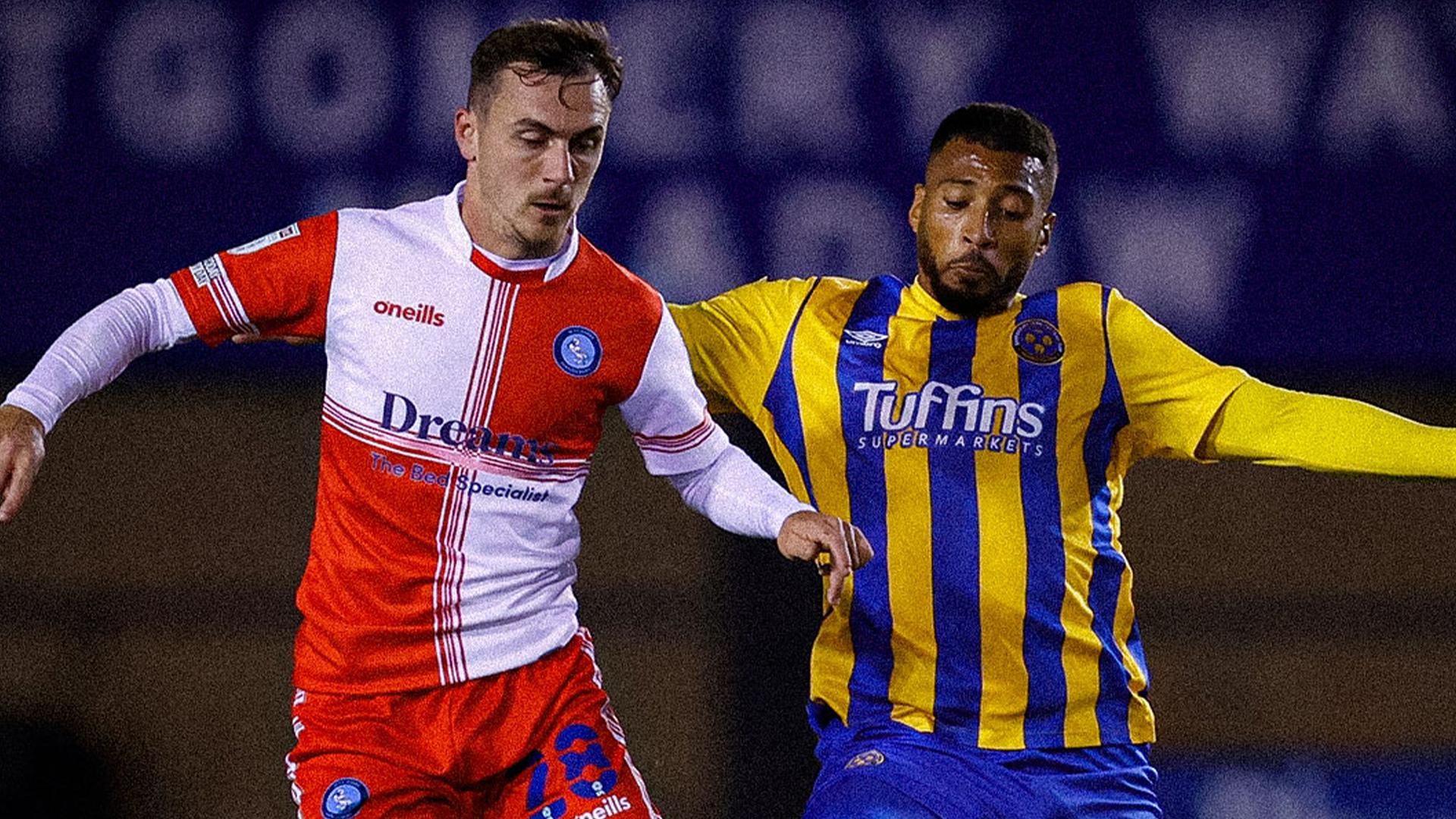