The two sides both grew into the game and created chances late on in the fixture, but Shrewsbury could not find a way to break the deadlock against Liam Rosenior's Derby team.

Shrewsbury's best chance to break the deadlock came through last season's top goal scorer Dan Udoh. He brought the ball down with magnificent control in the dying minutes, but the shot had too much loft and only found the blue and amber crowd.

Cotterill opted for a 5-3-2 formation against Derby, with Udoh and Rekeil Pyke leading the line.

Tom Bayliss returned to the starting line-up and played alongside Jordan Shipley in the midfield role. Whilst Luke Leahy took the position of holding midfielder.

Derby went with a 4-3-3 system with ex-Shrewsbury striker James Collins leading the line. Nathaniel Mendez Laing and Tom Barkhuizen on the flanks either side of the number nine.

In what was a quiet opening to the game, Shrewsbury had an early move which originated from Julien Dacosta winning the ball in the Shrewsbury half and playing a one-two pass with Udoh.

Dacosta received the ball back and sent a deep cross into the Derby box however no one was able to get on the end of it, and the ball went out for a goal kick.

On the half-hour mark, Derby won a free kick on the edge of the Shrewsbury box. Conor Hourihane bent it to the back post however no Derby player could make contact.

Five minutes were remaining in the first half and Derby had a chance to take the lead through Barkhuizen. The winger went one-on-one with Marko Marosi, but the Slovakian keeper came flying out and removed the ball from danger. The Derby move began with Mendez Laing as he played the ball to Hourihane in the middle of the park and made a switch pass to Barkhuizen.

Shrewsbury came flying out of the blocks early into the second half as a long-through ball got played into Udoh.

The striker brought it down with excellent control in the box and went on to loop the ball over the stranded Joe Wildsmith however it had too much loft and ended up over the bar.

Matthew Pennington was looking for his second goal in as many games as he flicked the ball goalward in the Derby box, but the chance ended up over the bar. George Nurse was the architect as he took a shot from distance.

On the hour mark, the Shrews launched a counterattack through Dacosta.

The Frenchman used fancy footwork to weave through Derby's defence and take the shot, but the move did not test Wildsmith.

Next, eagle-eyed Leahy saw Wildsmith of his line mid-way through the second half, and the captain let fly from the centre circle, but the audacious shot narrowly went over the bar.

Not long after the Leahy attempt, Derby responded as Hourihane and substitute Louie Sibley had shots in and around the Shrewsbury box.

The defiant Shrews defence was able to stop the pressure as they sent the ball out for a Derby corner.

In the final stages, Derby had a chance to score through Sibley as he brought the ball down in the box and let fly. Thankfully, Marosi was on hand to push the danger away from the Shrews area.

Finally, Shrewsbury's last and best chance of the game came. They broke quickly in the dying embers and sent the ball into the Derby box. Udoh was there to collect the ball and have a shot from six yards, but could not keep his effort down.

Bayliss and Flanagan received a yellow card for late challenges. 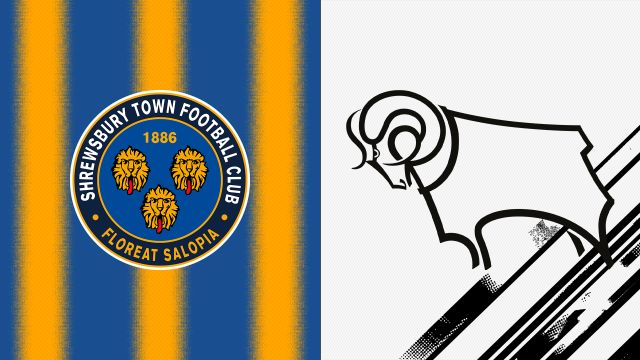 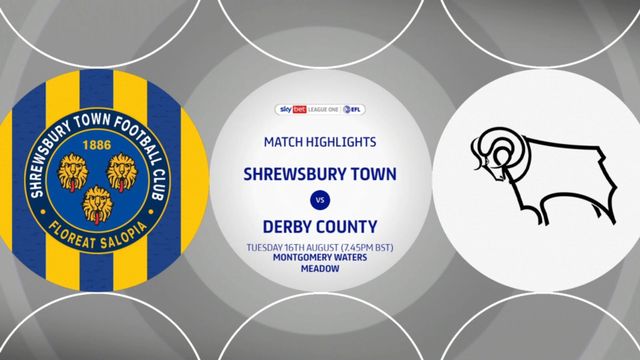 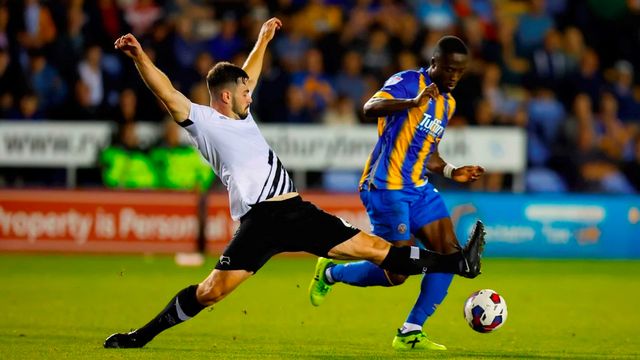