Shrewsbury’s youthful side fell to late defeat at the hands of Wolves under-21s as Joe Hodge scored a brace at the Montgomery Waters Meadow in the EFL Trophy on Tuesday night.

Town opened the scoring in the 75th minute through subsitute Travis Hernes' low-driven shot from 25 yards out ruffled into the bottom corner.

Wolves set up a late comeback as Hodge got his first of the night in the final 10 minutes of the game as he converted from inside the box.

Hodge got his second in additional time when he found the roof of the net.

With manager Steve Cotterill watching from the stands, first-team coaches Aaron Wilbraham and David Longwell managed a youthful side for the EFL Trophy clash.

Harry Burgoyne, Charlie Caton and Tom Bloxham were the only players to have previously featured for the first team.

That meant there were eight debuts with Dennis Antal deployed in the number 10 position and Harvey Watts and Jude Collins out wide.

In a 4-2-3-1 formation, Caton and Josh Barlow were the deeper midfielders, with Nana Owusu right back and Josh Bailey left-back.

At the heart of the defence, Declan Hutchings was partnered by Kade Craig.

Wolves under-21s lined up in a 4-2-3-1 system with Nathan Fraser up front. Joe Hodge took up the number 10 role, and Lee Harkin with Harry Birtwistle the wide men.

It was a quiet opening to the game as both youthful sides got a feel for each other. But it was Wolves who had the better of the chances.

Their first opportunity came from a corner, with Fraser rising highest to meet the ball only to head wide.

Harkin then showed his quick footwork as he received the ball inside the box before curling a shot that clipped the post before sailing wide.

Shrewsbury suffered a blow just after the half-hour as they were forced into a change. Watts, who had been one of Salop's brighter sparks in the opening stages, had to be replaced by Kelechi Etienne.

Just before half-time, a fine Shrewsbury move saw them threaten the Wolves goal.

A long ball forward was brilliantly brought down by Bloxham, who then did well to switch the play to Owusu who whipped in a dangerous cross. But a Wolves defender produced a smart header to nod the ball for a corner.

Wolves came flying out of the blocks after half-time, and Hodge had a 20-yard shot parried away by Burgoyne.

The move originated from a corner and the ball bounced around the box. Hodge received the ball and let it fly.

Shrewsbury broke the deadlock with 15 minutes remaining as they countered. The substitute, Travis Hernes made an immediate impact as he received the ball from 25 yards out and hit a low driven shot into the bottom left corner.

The lead only lasted a couple of minutes as Wolves managed to get back into the game through Hodge.

The opposition managed to get to the byline and send in a fierce cross which Salop couldn’t deal with and Hodge managed to sneak it past Burgoyne to level the score.

Wolves nearly grabbed a late winner through a flurry of shots as Hodge had the first opportunity and Fraser took the second shot, but Burgoyne did well to parry away both opportunities.

In the fourth minute of additional time, Hodge managed to double his tally for the evening as he sent a high-flying curling shot into the roof of the net.

Town had no time to respond and suffered a heartbreaking defeat late on. Regardless of the result, Salop's youngsters could be proud of their efforts against a Premier League side's under-21s.

Charlie Caton received a booking for the home side. 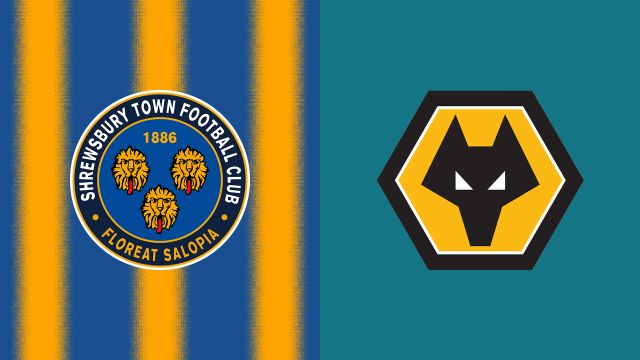 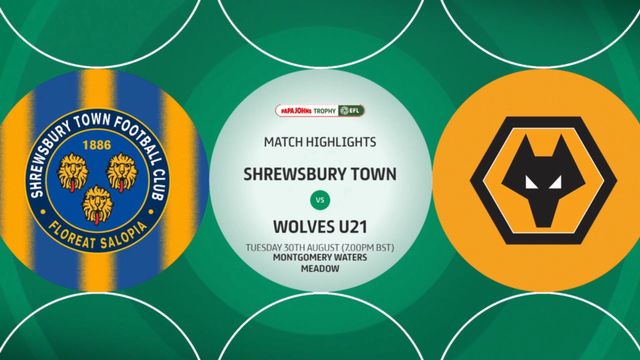 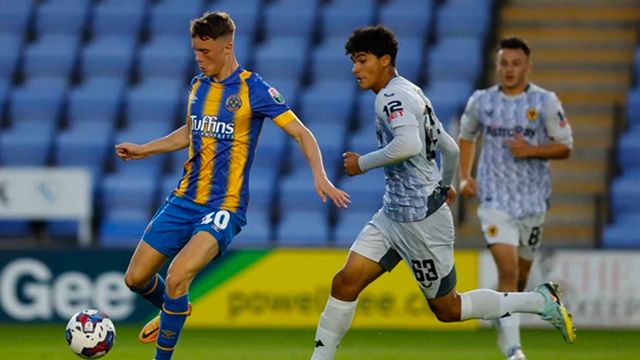