Shrewsbury Town return to Sky Bet League One action this Saturday as they make the trip to Adams Park to play Wycombe Wanderers.

Town come into the fixture off the back of a 3-2 victory at home to Carlisle United in the EFL Cup First Round on Tuesday. Goals from Luke Leahy, Dan Udoh and Chey Dunkley helped secure the win. Town got their equaliser in first-half injury time courtesy of a Luke Leahy free-kick before going on to win the tie thanks to Udoh and Dunkley's close-range finishes.

Wycombe also won their cup tie, beating Northampton Town away 2-1 thanks to goals from Joe Jacobson and D’Mani Mellor in the first half. In the league, the Chairboys enjoyed a 3-0 opening day victory at home to Burton Albion courtesy of strikes by David Wheeler, Anis Mehmeti and Josh Scowen respectively. Their last outing however ended in defeat, as they were beaten 3-0 away at Bolton Wanderers last Saturday.

Wycombe and Salop have met on 30 occasions with Wycombe winning on 12 occasions, Shrewsbury winning four and the other 14 ending as a draw. 2021/2022 saw the home fixture end in a 2-1 defeat whilst in this fixture last February, the sides could not be separated, ending in a 0-0 stalemate.

One to watch: Sam Vokes

Player of the Season for Wanderers in the 2021/2022 campaign, Welsh international Sam Vokes has found the net 17 times in 46 appearances for the Chairboys. The 32-year-old striker has spent much of his career at Burnley, making over 230 appearances for the club. After his stint in Lancashire, he moved to Stoke City in January 2019 before joining Wycombe in July 2021.

Shrewsbury Town produced a perfect away day performance to secure a 2-1 win at Wycombe.

It was the first league win for Steve Cotterill’s side this season. A Matthew Pennington header and a late Luke Leahy penalty saw Town claim victory at Adams Park.

Shrewsbury had to come from behind to claim all three points with the hosts opening the scoring early in the second half through Gareth McCleary.

But Town responded in style to go on and secure an excellent victory with Leahy keeping his composure to fire home a penalty in the 88th minute.

Cotterill opted for a 3-4-1-2 formation at Adams Park with Dan Udoh and Rekeil Pyke leading the line and Jordan Shipley in the number 10 role.

Taylor Moore and captain Leahy were the two-holding midfielders.

Wycombe lined up in a 3-4-3 system with D’Mani Mellow, the central striker, and Jordan Obita and McCleary out wide.

It was Shrewsbury who came flying out the blocks with Cotterill’s men close to opening the scoring in the opening few minutes.

George Nurse found Shipley who then sent an excellent ball into the box. That was met by Pyke who turned the ball towards goals but couldn’t get enough on it to beat Tyla Dickinson.

An unfortunate mix-up between Marko Marosi and Chey Dunkley nearly led to a Wycombe goal. But Pennington raced back and managed to clear the danger.

In the middle of the first half, Salop had another chance to open the scoring through Dacosta.

The move started with Udoh who played a clever ball to Nurse who then whipped in an excellent cross.

That was met by a diving Dacosta who powerfully headed the ball over the bar.

On the half-hour mark, the Chairboys nearly took the lead as Jordan Obita sent in a long-range shot.

Marosi managed to parry the ball away however Wycombe got hold of the ball again through McCleary.

He then let fly from 18-yards, but Leahy made an outstanding block to keep the ball away from goal.

Early into the second half, McCleary let loose to open the scoring for Wycombe.

Obita managed to win the ball off Tom Flanagan and made the trough pass to McCleary who converted the shot from distance.

On the hour mark Shrewsbury drew level from a Pennington header.

Nurse took a long throw and the ball got flicked onto Pennington in the box who looped the goalkeeper to level the score.

With 15 minutes remaining, Nurse sent another long throw into the box from the right.

The ball caused problems for the Chairboys, and Flanagan headed goalward but couldn't keep it down.

Cotterill made a change with ten minutes to go as Bowman replaced Dacosta.

The change led to a change of formation with Salop going 4-3-3. Pyke and Udoh went out wide with Bowman going up top and goal scorer Pennington went right back.

Town got a penalty in the 88th minute as Bayliss was dragged down in the box.

Leahy stepped up for the penalty and converted for Salop to take the lead.

Fornio, Horgan and Mehmeti all received a yellow card.

Away fans: 282 Salop fans travelled down to Adams Park today. 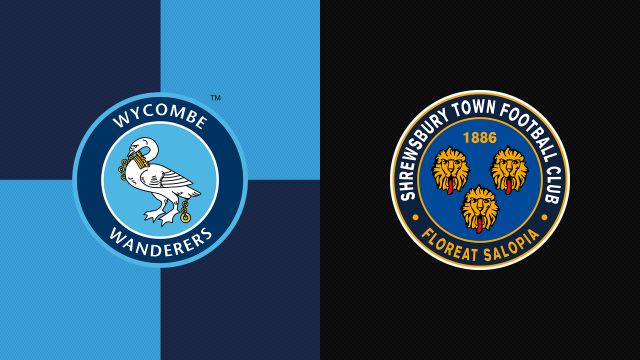 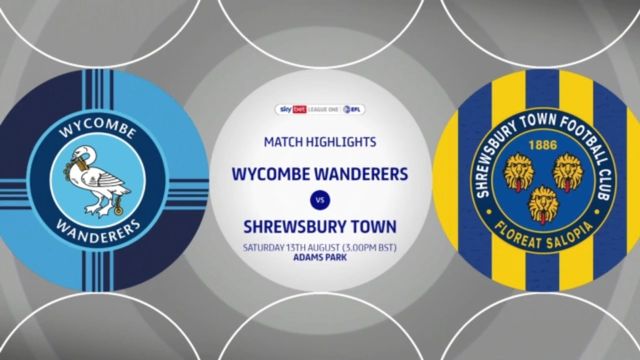 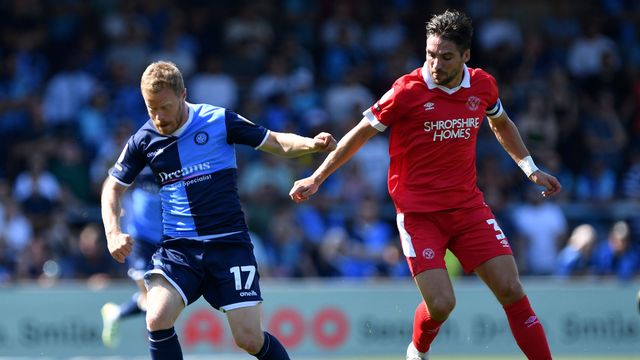