Shrewsbury Town will host Cheltenham Town on Thursday night in the Sky Bet League One. Kick-off is at 7:45pm.

On Monday, Shrewsbury fell to a 2-1 defeat away at Cambridge United in their Boxing Day fixture. Chey Dunkley put Salop ahead in the 64th minute, but goals from Shilow Tracey and then Sam Smith completed the comeback win for the U’s.

Meanwhile, Cheltenham’s Boxing Day fixture also ended in defeat as they lost 1-0 at home to Plymouth Argyle. Morgan Whittaker’s goal in the 78th minute was enough to separate the sides.

There have been 24 meetings between Shrewsbury and Cheltenham, with Salop winning 12 of those, drawing five and losing seven. The most recent meeting was played at the Completely Suzuki Stadium in October earlier this season; Cheltenham won 2-0 in the Sky Bet League One fixture. Last season, Shrewsbury won the game at Montgomery Waters Meadow 3-1 in October 2021. The away fixture finished 2-1 to Cheltenham in November 2021.

One to watch: Alfie May

Striker Alfie May joined the Robins in January 2020 and went on to win both the Players’ Player of the year and Supporters’ Player of the Year awards in the 2021/2022 season. Last season, he scored 23 times in the league for his side and is currently on five goals and two assists for this Sky Bet League One campaign so far. 29-year-old May was previously at Doncaster Rovers from January 2017 to January 2020, when he left to join Cheltenham.

Shrewsbury fell to a 1-0 defeat against Cheltenham on Thursday night in what was a frustrating evening at the Meadow.

Despite Shrewsbury's many great chances, away side got the only goal of the game in the 38th minute through Dan Nlundulu, who poked home at the front post.

The game took a feisty turn in the 70th minute when the Robins captain, Charlie Raglan, received a red for a two-footed challenge on Jordan Shipley.

Shrewsbury captain Luke Leahy also picked up a red card for his part in the melee after the incident.

Steve Cotterill opted for a 3-4-1-2 formation at Montgomery Waters Meadow for what was Shrewsbury's first game at home since December 10.

Tom Flanagan came back into the starting line-up after falling ill before the Boxing Day fixture at Cambridge – with his return seeing Taylor Moore revert to right wing-back.

Cheltenham lined up in a 3-5-2 system, with Dan Nlundulu leading the line alongside Alfie May.

In what was a first half dominated by the home side, Shrewsbury created four glorious chances to open the scoring.

The first arrived in the 12th minute and began with a superb passing move which saw Bayliss play the ball out to Jordan Shipley who then used his pace to cut inside.

The versatile left wing-back then sent in a low-driven cross, but it was well-defended by the away side.

Just before the 20-minute mark, Town threatened again in a move that started with Carl Winchester winning the ball high up the pitch.

Saydee then showed just as much tenacity to win the ball in the Cheltenham box before picking out Bayliss with a cross. But from eight yards he then fired over the bar.

He then found Luke Leahy who sent an excellent delivery right across the face of goal – but no Town player was on hand to tap it home.

Undeterred, Shrewsbury continued to press with a neat lofted pass from Saydee getting Street into the box.

The young attacker then did well to hold off a Cheltenham defender and release a shot that flew inches over.

Shrewsbury really should have been ahead, but they fell behind in the 39th minute when Ryan Jackson played the ball across goal and Nlundulu nipped in at the front post to poke home.

Shrewsbury were once again the dominant side early on in the second half and came close to bringing the game level in the 52nd minute.

Following a quick throw, the ball was played to Moore who brought it down incredibly well and once set played the cross to Saydee, but his headed attempt went over.

Shrewsbury on a crest of a wave had a second attempt two minutes later after Saydee played the ball down the line for Street.

The young attacker then sent in a brilliant cross to Shipley who looked to have headed home, but the keeper was quick to react and made the save.

The home side were awarded an indirect free kick just after the hour due to the Luke Southwood wasting time.

The set piece was played short to Saydee who with full force got his shot blocked by a compact Robins defence.

With the second half heating up, the play boiled over in the 70th minute when Charlie Raglan made a two-footed challenge on Jordan Shipley.

Following the incident, a melee ensued that saw both Raglan and Leahy given red cards by referee Sam Purkiss.

Shrewsbury kept the pressure on with ten men but were unable to break through Cheltenham's stubborn defence in what was a frustrating night at the Meadow.

Tickets for our match against Cheltenham Town at Montgomery Waters Meadow on Thursday 29th December are now on sale. 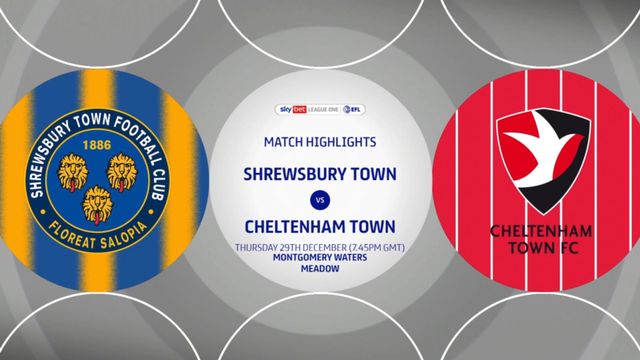 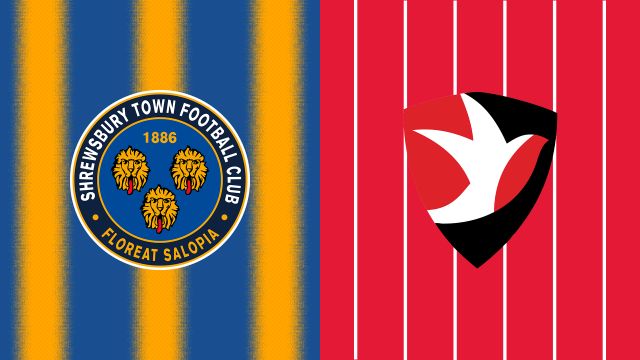 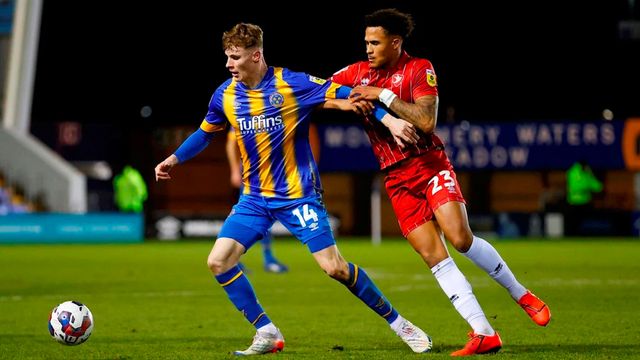