Shrewsbury Town will host Lincoln City this Saturday in the Sky Bet League One. Kick-off is at 12:30.

Salop come into the game after progressing into the third round of the FA Cup last Saturday. The 3-1 victory against Peterborough at Montgomery Waters Meadow featured all goals in the first half of the game. Tom Bayliss put Shrewsbury ahead inside the opening two minutes before Kwame Poku equalised for the visitors to make it 1-1. Matthew Pennington then restored the lead for Salop in the 35th minute, before Luke Leahy converted a penalty in first-half stoppage time to make it 3-1 for Steve Cotterill’s side.

Lincoln’s last fixture was in the EFL trophy on the 22nd November. The Imps won 4-3 on penalties that night against Morecambe at home to progress into the last 16 of the competition. Tom Hopper put Lincoln 1-0 up in the 53rd minute before Cole Stockton equalised to make it 1-1 and send the game to a penalty shootout.

Before this, Lincoln’s last fixture in the league ended in a 2-1 victory against Morecambe at the LNER stadium. Joe Walsh put his side 1-0 up in the first half, with Ben House scoring in the 67th minute to double their lead. Jensen Weir then grabbed a late consolation for the visitors.

In their last league fixture, Salop lost 1-0 away at Sheffield Wednesday. Mark McGuinness scored the only goal of the game in the 39th minute for the Owls.

There have been 51 meetings between Shrewsbury and Lincoln, with Salop winning 21 of those, losing 18 and drawing on 12 occasions. When the sides met in the Sky Bet League One last season, Shrewsbury won 1-0 at Montgomery Waters Meadow in March this year. The fixture at the LNER Stadium ended in a 1-1 draw.

One to watch: Ben House

Striker Ben House is the Imps' top scorer with six goals so far this season. Five of those have come in the league and one in the EFL trophy. The 23-year-old joined Lincoln from National League side Eastleigh FC in January this year. Previously, House had loan spells at Swindon Town and Dagenham & Redbridge.

Shrewsbury Town secured a 2-0 win against Lincoln City on Saturday afternoon at the Meadow.

Town opened the scoring in additional time at the end of the first half through Luke Leahy's penalty kick.

The home side made it a two in the 60th minute after Tom Bayliss tapped home from close range following a fabulous cross from creator Jordan Shipley.

Steve Cotterill opted for a 3-4-1-2 formation at Montgomery Waters Meadow – with the boss keeping faith with the team that ran out 3-1 winners against Peterborough in the FA Cup last Saturday.

It meant Rob Street partnered Christian Saydee up front with Bayliss in the number 10 role.

It was the Imps who created the first chance of the game when House caught Marko Marosi in possession on the edge of his box in the 12th minute.

The goalkeeper managed to make up for his error by making a smart stop with his leg to block the striker’s shot.

Lincoln threatened again just before the half-hour mark when the ball broke for Matty Virtue just inside the box.

He then powered a low drive toward goal, but Marosi got down and, with a strong arm, brilliantly kept the ball out.

Following some fantastic skill from Christian Saydee in the 34th minute on the edge of the box, the forward was able to dink the ball over his onrushing marker and send a shot inches wide of the post.

A minute later, Rob Street sent a delightful cross into the danger area, and Saydee and Shipley were on hand to try and meet it, but the ball, unfortunately, had too much pace.

Salop had another opportunity not long after when Tom Flanagan surged into the box following a corner.

The defender then sent a powerful strike towards the goal that Carl Rushworth brilliantly tipped onto the bar.

Just before the break, Shrewsbury was awarded a penalty when Jamie Robson handled a cross in the box.

Leahy converted from the spot for the second time in as many games when he sent a ball into the bottom left corner, which Rushworth was able to reach but couldn’t stop it rustling the back of the net.

Following neat build-up play by Town after the break Bayliss received the ball 20 yards out and sent a curling strike toward goal, but Rushworth reacted quickly and claimed.

Town got a second goal on the hour mark, Shipley was the creator after he drilled a wonderful cross to the back post.

Bayliss did incredibly well to charge into the box and hammer home from close range.

10 minutes before full time, the Imps had an opportunity to pull one back through Max Sanders, who sent a curling strike towards goal, but Marosi at full stretch parried it away.

Despite spells of pressure, the visitors couldn’t break down Town’s solid defence, which meant Shrewsbury's clinical finishing in both halves proved the difference this afternoon.

Tickets for our match against Lincoln at Montgomery Waters Meadow on Saturday 3rd December will go on sale on Monday (14th November) at 10am.

Tickets for our Sky Bet League One game with Lincoln go on sale on Monday. 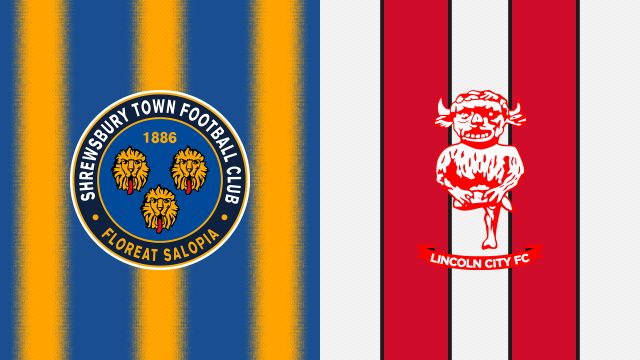 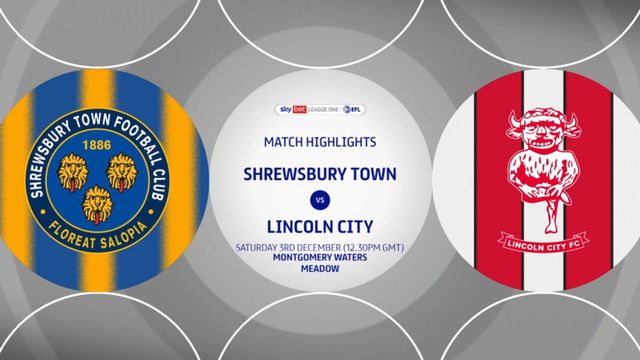 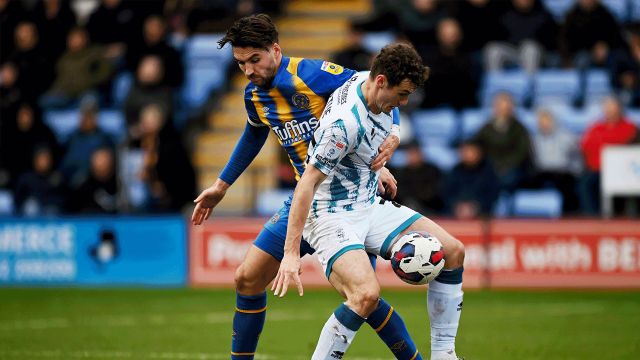