Shrewsbury Town host Cambridge United this Saturday in the Sky Bet League One. Kick-off is at 3pm.

Last Saturday, Shrewsbury won 4-0 in an emphatic win away at Burton Albion. In an incredible start, Christian Saydee opened the scoring after just 21 seconds for Salop. Saydee then doubled the lead with another in the closing stages of the first half. After the break, captain Luke Leahy made it three when he converted his penalty. The fourth and final goal of the afternoon came courtesy of Chey Dunkley in stoppage time. Meanwhile, Cambridge United’s game at home to Morecambe was postponed.

The U’s last fixture was at home in a 2-1 defeat to Bristol Rovers. Sam Smith had opened the scoring for the hosts inside the opening five minutes. However, the away side would then respond with two goals to put them ahead before half-time and go on to see out the win.

There have been 36 meetings between Salop and the U’s, with Shrewsbury winning 11 of those, losing 15 and drawing 10. Cambridge were 2-1 winners in the fixture at the Abbey Stadium on Boxing Day last year.

Top scorer for the U’s last season, former Salop man Sam Smith netted 21 times in all competitions. The 24-year-old striker is currently on seven goals this season, with six of those coming in the league and one in the FA Cup. Smith, who was previously with Reading, has had loan spells at EFL clubs including: Oxford United, Shrewsbury Town, Cambridge United, Tranmere Rovers and Cheltenham Town. In July 2021, Smith joined Cambridge for a second time but this time on a permanent deal.

Salop skipper Luke Leahy kicked the scoring off by converting from the penalty spot in the 33rd minute.

Jordan Shipley was on hand to get Town’s second in additional time of the first half and in fabulous style by sending his 20-yard strike curling into the top corner.

Matt Pennington grabbed the third when he got on the end of a Leahy corner and sent a bullet header into the back of the net.

The away side did get a consolation goal in the 69th minute through substitute Joe Ironside when he tapped poked home at the back post.

Christian Saydee maintained Shrewsbury's three-goal buffer by getting their fourth in the 71st minute when he tricked his way past two defenders and Will Mannion before firing home.

The home side were not done there, with Leahy scoring his second and Shrewsbury's fifth in the 91st minute with a fantastic half-volley.

Steve Cotterill opted for a 3-5-2 formation at Montgomery Waters Meadow with Carl Winchester sitting in front of the defence.

Killian Phillips and Leahy operated as number eights, with Christian Saydee and Rob Street as the front two.

Cambridge went with a 4-2-3-1 system with Sam Smith in the centre-forward position.

Shilow Tracey was on the right flank and James Brophy was on the left with Harvey Knibbs occupying the number 10 role.

In what proved to be a quiet opening 20 minutes, it was Town who created the game’s first chance when Leahy whipped in a dangerous cross.

That delivery was met by Rob Street who flashed a header over the bar.

Town continued to press with Leahy – who was covering every blade of grass – sending in another excellent cross just moments later that Pennington was inches away from turning home.

Just past the half-hour mark, though, Shrewsbury got themselves in front when Paul Digby fouled Pennington in the box.

Leahy then converted the resulting spot-kick – with the skipper sending Will Mannion the wrong way to score his sixth penalty of the season.

Town came close to doubling their advantage in the 40th minute when Pennington collected the ball at the byline before picking out Street.

The on-loan striker then hit a powerful shot towards goal that Mannion blocked with his chest.

Town had another chance two minutes later when Carl Winchester played a ball to Street in the box.

The young striker then teed up Shipley but his shot was also well kept out by Mannion.

Seconds before the break, though, Shrewsbury did get a second – and in style.

Taylor Moore found Shipley who was roughly 25 yards from goal. He took a touch before curing a wonderful strike into the top corner.

Cambridge came close to pulling one back just after half-time with Knibbs having a shot from close range but the Town defence quickly cleared for a corner which they dealt with.

Just before the 60th minute Town got their third of the game from a Leahy corner.

The corner reached the heart of the box and Pennington was there to head it home at the near post for his sixth goal of the campaign.

The away side managed to pull one back in the 69th minute when a cross from the right was sent to Ironside who was at the back, with the substitute managing to poke it home.

The architect was Leahy who sent a brilliant ball forward to Saydee who did incredibly well to glide past not one but two defenders.

The energetic striker then tricked his way past Mannion to fire home for Salop’s fourth and final goal of the game to secure a second victory in a row.

Leahy concluded the scoring with a fabulous half-volley strike from the edge of the box in the 91st minute to make that nine goals in two games for Town. 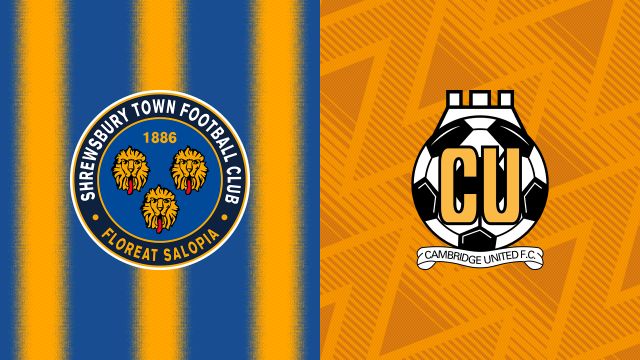 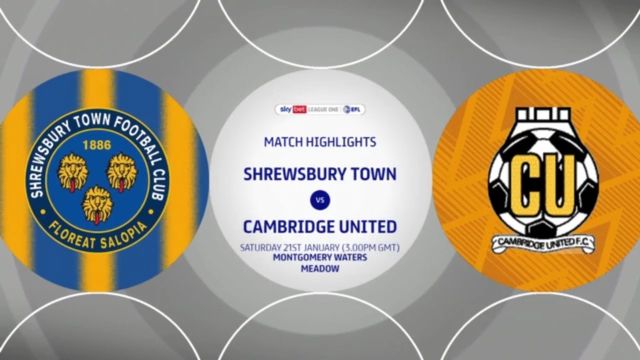 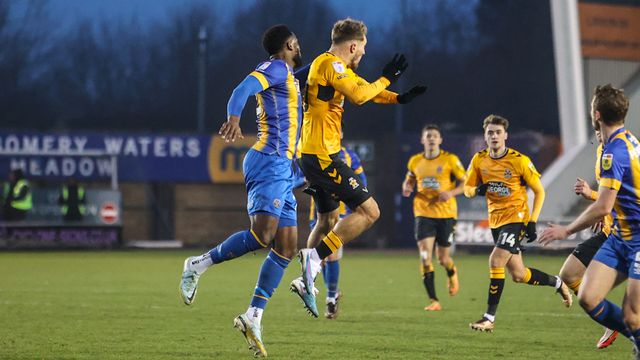