Shrewsbury Town welcome Forest Green Rovers to Montgomery Waters Meadow this Saturday in the Sky Bet League One. Kick-off is at 3pm.

Shrewsbury come into the game after their 1-0 win away at MK Dons on Tuesday night. Tom Bayliss scored in the 89th minute to secure a third consecutive win for Salop. This comes after Town thrashed Cambridge United 5-1 at the Meadow last Saturday.

Meanwhile, visitors Forest Green were beaten in the week as they lost 1-0 away at Bolton Wanderers. Last Saturday, they suffered a 2-1 defeat at home against Milton Keynes Dons with Myles Peart-Harris scoring the opener for Forest Green.

This will be just the second time in the Football League these sides have faced each other. Earlier on in the season, Shrewsbury won 2-0 at The New Lawn Stadium. Previously, the sides met in the Conference in the 2003/2004 campaign with Salop winning the home fixture 2-0 and the away fixture ending in a 1-1 draw.

One to watch: Myles Peart-Harris

Attacking midfielder Myles Peart-Harris has scored four times in the league this season and once in the EFL Trophy. The 20-year-old joined the Greens in August last year on loan from Premier League side Brentford. Peart-Harris was part of the Chelsea Academy before joining Brentford in June 2021 on a four-year contract.

Shrewsbury Town secured four consecutive league wins in a row for the first time since September 2017 after a completing a dramatic late comeback at home to Forest Green Rovers on Saturday afternoon.

Forest Green Rovers opened the scoring in the 18th minute when Jordon Garrick cut inside and sent a curling shot into the top corner.

Shrewsbury responded late on when substitute Rekeil Pyke hit a brilliant strike from the edge of the box in the 94th minute to equalise.

The dramatic late comeback was completed four minutes later through another substitute, Ryan Bowman, who calmly took the ball around the keeper and slotted home.

Having beaten Burton, Cambridge and MK Dons in the previous three games, Shrewsbury entered the game looking to register a fourth consecutive victory for the first time since September 2017.

In a bid to achieve that landmark, manager Steve Cotterill opted to make one change from the team that won at Stadium MK – with Tom Bayliss, who netted an 89th-minute winner in Buckinghamshire, coming in for Killian Phillips.

It meant a slight tweak to a 3-4-1-2 system with Bayliss sitting behind a front two of Christian Saydee and Rob Street.

Everton icon Duncan Ferguson began his management career at Montgomery Waters Meadow. He opted for a 4-3-3 formation with Amadou Bakayoko in the centre-forward position.

Town started brightly and came close to taking the lead just four minutes in when Saydee held the ball up from a free-kick before laying it off to Shipley.

The versatile left wing-back then saw a powerful low drive whistle just past the post – with the onrushing Matt Pennington inches away from meeting it at the back post.

Just before the 20-minute mark, Salop had another opportunity to break the deadlock when Street controlled a ball over the top.

The young striker outmuscled the defender and took a touch before arrowing a shot across goal. But goalkeeper Ross Doohan did really well to get down and parry the ball away.

Just seconds later the ball was in the Town net when Garrick cut in from the left flank and hit a curling shot from 25 yards which deflected over Marko Marosi and in.

Saydee came close to levelling two minutes later when he went past three players before hitting a powerful strike from 20 yards. Doohan, though, proved equal to the effort.

Early into the second half Garrick received the ball on the edge box but his deflected effort get sent for a corner which Salop deal with.

Just before the hour mark Shrewsbury won a corner which Bayliss took and sent his cross to the back post.

A Forest Green defender managed to get ahead of Taylor Moore to send it for another Salop corner.

In the subsequent move, Bayliss played a short ball to Leahy who found Shipley on the edge of the box.

The versatile left wing-back’s powerful shot hit Corey O’Keeffe on the arm in the box, but the referee waved away Town's penalty claims.

The visitors went close again in the 66th minute when Garrick from just outside the box hit a powerful shot but his effort went wide.

The away side came close in the 73rd minute when O’Keeffe found space out wide and cut in before laying it off to Bakayoko on the edge of the box but his effort sailed over the bar.

Shrewsbury had a chance to level in the 78th minute when Bayliss and Leahy combined well out wide before teeing up Saydee who was in the box but the young striker low driven shot went wide.

Town kept pushing in the last 10 minutes and came close to levelling when Saydee hit a fierce strike from just inside the box, but Doohan was equal to it.

In added on time Shrewsbury remained resolute and found a leveller when the ball fell to Pyke on the edge of the box from a corner.

The 25-year-old took a touch before drilling a strike through the crowded box to find its way into the back of the net.

Town didn’t give up and incredibly, turned it around late into additional time when Killian Phillips slipped in Bowman who coolly took it past the keeper and in to make it four wins a row for Salop. 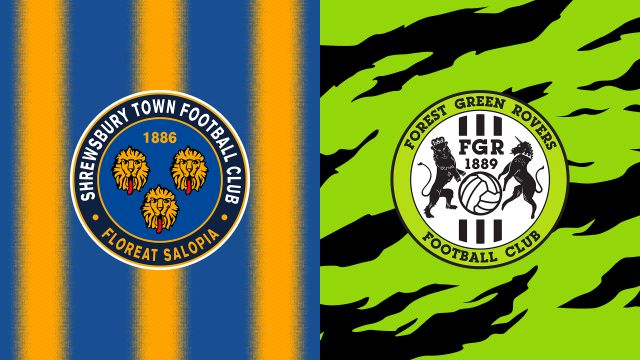 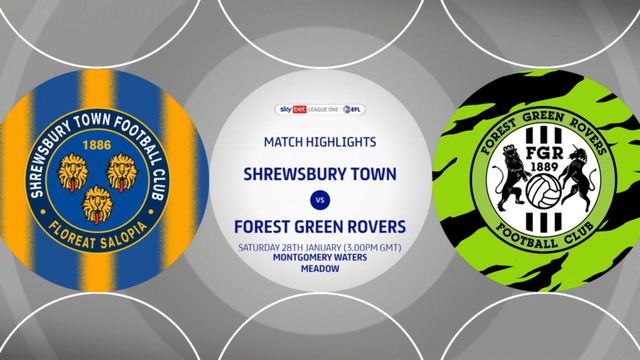 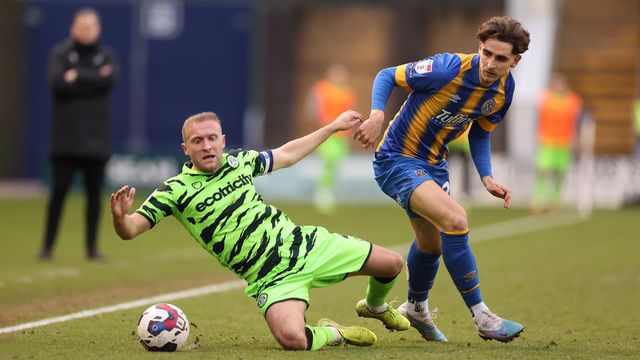