Shrewsbury Town kick off their 2022/2023 Sky Bet League One campaign with a trip to Morecambe this Saturday.

Impressively, Town has sold out their full allocation at the Mazuma Stadium, with Morecambe sending 200 additional tickets for part of the terrace and the Beyond Radio stand.

Salop come into the game after a testing pre-season camp and a set of fixtures that ended in a 0-0 draw against Championship side Cardiff City.

Meanwhile, Morecambe rounded off their pre-season with a 0-0 draw too when they faced League Two outlet Carlisle United at the Mazuma Stadium last Saturday. Now that pre-season is over, Derek Adams will be preparing his side for just their second ever season at this level after guiding them to safety in their final game last season; the Shrimps finished 19th.

However, the last fixture between the sides ended in a 5-0 drubbing in Salop's favour. A brace each from Daniel Udoh and Luke Leahy, along with a goal from Ryan Bowman helped secure a memorable win at Montgomery Waters Meadow.

The Shrimps now have retired heavyweight champion, Tyson Fury, as a sponsor for their shorts, with his brand 'Gypsy King' featuring on both the home and away kit for the upcoming campaign.

One to watch: Cole Stockton

Prolific striker Cole Stockton managed 26 goals and four assists for his team in their first League One venture. The 28-year-old has been with the club since 2016, joining on loan initially before signing a permanent deal in 2019. Stockton was on the scoresheet in their victory over Salop in August last year.

Shrewsbury Town started their Sky Bet League One campaign off with a 0-0 draw away from home against Morecambe FC at the Mazuma Stadium on Saturday afternoon.

In an evenly contested draw away from home, Salop managed to dominate the majority of possession and their best chance fell on the hour mark. Shrewsbury had a corner following a Julien Dacosta cost which was sent into the middle of the box by Tom Bayliss. George Nurse received the ball on the edge of the box and drove a magnificent shot towards goal, but it was deflected onto the crossbar by a trailing leg.

The hosts best chance of the game came on the half hour mark as they countered from a Shrewsbury attack and Dylan Connolly got on the end of a long ball and rapidly drove down the right-hand side to go one on one with Marosi, but the Slovakian goalkeeper made himself big and got the ball away from danger.

Shrewsbury started bright in the opening stages of the game and had two early opportunities. One of the chances came from the left-hand side where the ball got whipped into the box. Jordan Shipley got control of the ball and had a shot from inside the box, but the Morecambe defence stood strong and pushed it away, but it landed at newly appointed captain Luke Leahy's boots, who then had a shot from just outside the box, but it went wide.

Leahy had another chance within a minute of the previous when the Town managed to get in the box with a slick passing move. The Morecambe defence dealt with it, but the ball landed at Leahy again who struck another long-range effort but again could only see it whistle wide.

On the half hour mark Shrewsbury had a chance from the left-hand side when Matthew Pennington drove to the by-line and crossed a low ball into the Morecambe box. However. Connor Ripley was quick to push it away. Bayliss was the player who got onto the ball, but he could only send it over the bar after it parried the bodies of the Shrimps defence.

Ash Hunter took a free kick in the Shrewsbury half in the opening stages of the second half and his ball landed at the back post. Arthur Gnahoua leapt high, and his head sent the ball goalward but Marosi got his hands safely to the ball

Bayliss took a free kick on the edge of the box early in the second half, but he flicked the ball onto Leahy who tried to send the ball into the middle of the box which Morecambe managed to deflect. The ball landed in Shrewsbury’s possession and Tom Flanagan drove a shot towards goal, but it only managed to find the blue and amber faithful.

Just before the hour mark Nurse drove down the wing as he got to the by-line, he sent a low driven cross into the box, but it only found Ryan Delaney who intercepted it and sent it into the crowd for a Shrewsbury corner.

Shrewsbury had a chance to open the scoring just after the hour mark. Dacosta ran into the opposition half and conducted a one-two with Bayliss before crossing the ball across the box, but the Shrimps sent the ball out.

Morecambe had a chance with 15 minutes to go as Gnahoua sent a through ball into the Salop box and Melbourne overlapped and got into the box and had a shot, but it came to nothing as the Marosi picked the ball up with ease.

Ryan Bowman received a yellow on the hour mark following a challenge with Delaney.

Tickets are now on sale for our game away at Morecambe on the opening day of the season.

Ticket details for our Sky Bet League One trip to Morecambe.

Tickets are now on sale for our Sky Bet League One trip to Morecambe.

We have been allocated 600 tickets for the game and Town fans will be housed in the Beyond Radio Stand.

We also have five pairs of Wheelchair and Carer tickets available. Prices will be as above with a free carer.

Tickets go off sale from the ticket office and online at 12pm on Friday 29th July. 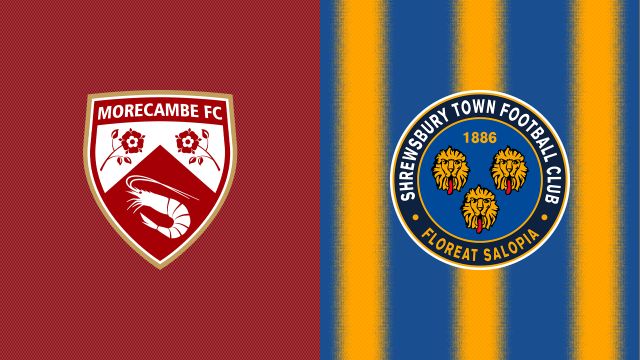 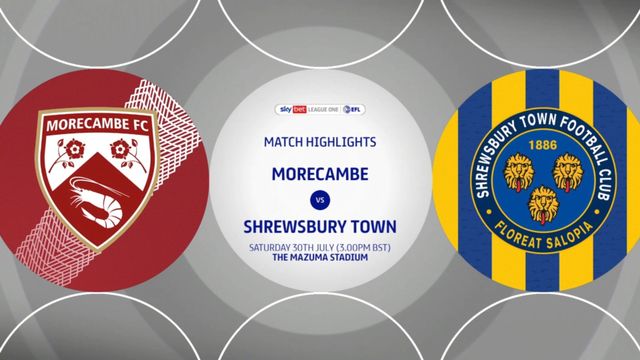 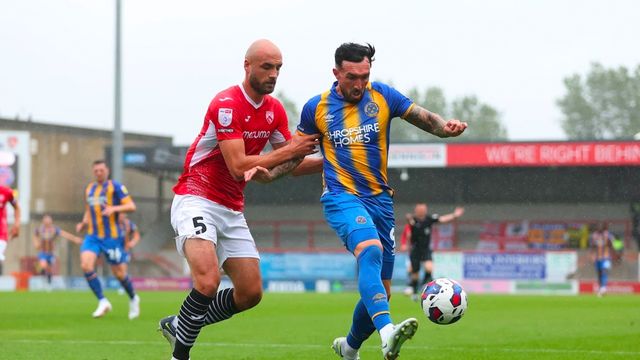