Despite a flurry of late chances, Shrewsbury Town fell to a narrow 1-0 defeat away to Sheffield Wednesday on Saturday afternoon.

The host's only goal of the game came in the 39th minute when Barry Bannan sent in a dangerous corner to Mark McGuinness who glanced his header across goal and into the top corner.

Town's best chance came late in the game through some magnificent one-touch football by Tom Bayliss and Matthew Pennington.

The move ended with the defender arriving in the box and sending a delightful curling effort just wide of the far post.

Town boss Steve Cotterill opted for a 3-4-2-1 formation at Hillsborough, with Rob Street and Tom Bayliss operating slightly behind Christian Saydee up front.

Carl Winchester was also reintroduced into the starting 11 as he joined birthday boy Luke Leahy in central midfield.

Sheffield Wednesday manager Darren Moore went with a 4-3-3 system with Josh Windass on the right and Alex Mighten on the left wing with Michael Smith leading the line.

It was the hosts who created the first chance of the game when Pennington was caught in possession inside the Town box.

Tyreeq Bakinson was the man who won the ball before the forward hit a low drive that Marko Marosi did well to block at his near post.

Wednesday were intent on retaining possession with Town happy to soak up that pressure and try and hit them on the counter.

But the hosts went close again midway through the half when Bannan played a lovely lofted pass to slip in Windass.

Chey Dunkley, though, did really well to keep pace with the forward before making an excellent block to divert the ball away from danger.

It was in the 39th minute that the Owls broke the deadlock. A Bannan corner was met by McGuinness who glanced an outstanding header across goal and into the top corner.

Town’s best chance so far arrived just before the interval when Saydee saw a powerful shot blocked from the edge of the box.

Not long after the restart, Bannan played a through ball into Dominic Iorfa who sent a low-driven cross into the danger zone but the town defence cleared it with ease.

Shrewsbury had a chance to draw level 10 minutes into the second half through Jordan Shipley's sensational cross.

However, the ball just had too much whip and pace on and Stockdale was calmly able to claim at the back post.

Bayliss took a free kick wide on the right in the 64th minute which made its way to Dunkley, but his header went wide.

Town were building in momentum and had another chance to equalise as Bayliss made a delightful back heel to Leahy who was running down the line.

The captain then made the cut back to Moore in the box who sent a curling shot narrowly wide of the mark.

In the 77th minute, Bannan was played through and found himself one-on-one with Marosi, but his left-footed shot was parried away by an outstanding one-handed save by the Slovakian keeper.

Three minutes later Town went up the other end through some delightful one-touch football.

The move culminated in Pennington entering the box and sending a curling shot inches wide of the mark.

Five minutes before time, Bayliss was the architect of another Salop chance through a free kick on the left side.

The ball was magnificently lofted into the box and Dunkley rose highest but his attempt went millimetres wide of the post.

Tickets are now on sale for our League One clash at Sheffield Wednesday.

Town travel to Hillsborough Stadium on Saturday, November 19, with the game kicking off at 3pm.

We have been allocated 1,199 tickets for the game in the West Stand.

We have also been given six pairs of wheelchair and carer tickets that are also located in the away end.

Any tickets not collected will be taken to Hillsborough and can be picked up there on the day of the fixture. 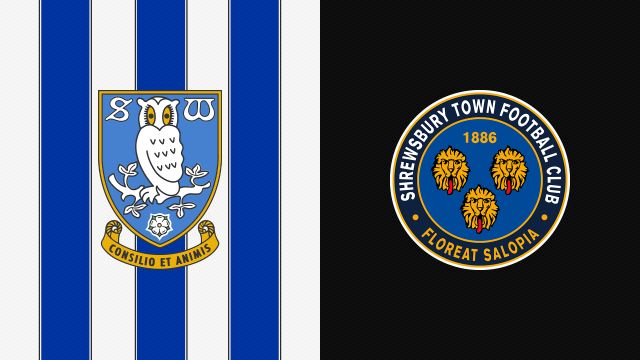 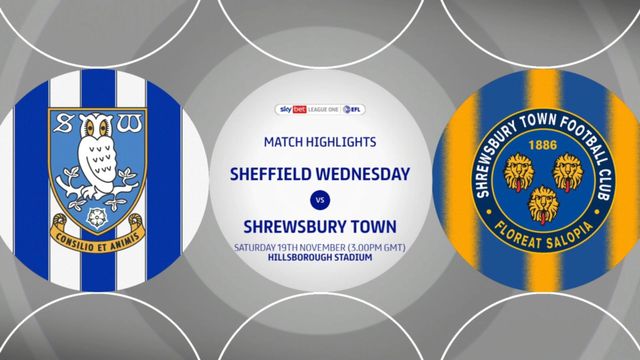 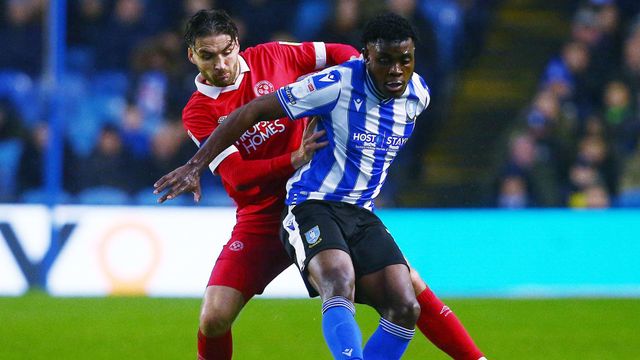