Last Saturday, Salop progressed to the second round of the FA Cup after beating York City 2-1 at home. Jordan Shipley opened the scoring after just two minutes and Shrewsbury got their second in first-half stoppage time when Luke Leahy converted his penalty. York pulled one back just before the end of the first half, but Salop held on for the win.

Barnsley also progressed into the second round after they won away 2-1 at Bolton Wanderers on Saturday. The Tykes went 2-0 up in the first half after an Almeida Santos own goal was followed by Adam Phillips' strike to put the visitors 2-0 up. Bolton did get one goal back with 10 minutes remaining in the second half, but Barnsley managed to secure the win to go through to the next round.

In the league, Shrewsbury drew 1-1 at home to Oxford United on Wednesday night. Cameron Brannagan put the visitors 1-0 up after 15 minutes, but Matt Pennington equalised in the 65th minute to give Salop a point from the game.

Barnsley’s most recent league outing was against Forest Green Rovers the Saturday before last - they secured a 2-0 win at Oakwell. Devante Cole put the Tykes a goal ahead after 15 minutes and Josh Martin added the second in the 83rd minute.

There have been 42 meetings between Shrewsbury and Barnsley, with Salop winning 13 of those, drawing nine and losing 20. The sides last met in League One in the 2018/2019 season. Salop won the home fixture 3-1 in October 2018 but Barnsley won the fixture at Oakwell 2-1 in April 2019.

One to watch: Devante Cole

Striker Devante Cole is Barnsley’s current top scorer this season with five goals for his side. He joined Barnsley on a three-year contract in June 2021. Before this, Cole was playing in the Scottish Premier League for Motherwell FC in the 2020/2021 season. Here, he finished as the club’s top scorer with 11 goals in 27 appearances in the league.

The visitors netted what proved to be the winner early on when, against the run of play, Adam Phillips converted from close range.

In an evenly contested game, Town’s best chance came in the 14th minute as Taylor Moore played a ball to Saydee down the line before receiving it back and sending in a stunning cross to the back post where Ryan Bowman was inches away from converting.

However, it was Barnsley who found the finishing touch through Phillips in the 10th minute after he converted Devante Cole's low-driven cross.

In what was Shrewsbury’s designated Remembrance Day fixture, Montgomery Waters Meadow fell silent before kick-off as we honoured armed forces past and present.

Alongside the laying of wreaths, Town’s players also wore poppies on the front of their shirts while The Last Post was played out ahead of a one-minute silence.

Shrewsbury boss Steve Cotterill opted for a 3-4-1-2 formation when naming his starting line-up, with Ryan Bowman partnering with Christian Saydee up front.

For what was Town’s second game in four days, Rekeil Pyke came in for Elliott Bennett at right wing-back.

Barnsley manager Michael Duff decided to go with a 3-4-1-2 system for his side with Devante Cole and Slobodan Tedic as the front two.

It was Shrewsbury who came the closest to opening the scoring in the early stages from a dangerous Tom Bayliss corner.

Matt Pennington was the one to meet as he searched for his second goal in as many games.

But his header was blocked by a defender who then just managed to nip the ball away ahead of a waiting Bowman.

Just minutes after Barnsley got themselves in front as Phillips managed to convert a low cross into the box.

Town looked for an instant response and came inches away with a flowing move that started with Taylor Moore playing a fine one-two with Saydee.

The Bristol City loanee then delivered a superb cross that the onrushing Bowman was millimetres away from tapping home.

Overall, chances in the game were proving few and far between.

But the visitors had a chance to double their advantage when Cole met a header from the right only to see his effort glance off the bar. Tedic was then unable to turn in the rebound.

The whole stadium united in a minute's applause in the 42nd minute to remember Glyn Price - a passionate and well-known Town supporter who sadly passed away on Thursday.

Just before half-time, Shrewsbury won a free kick just outside the box which skipper Leahy took but his effort went inches wide.

On the hour mark, Shrewsbury came close to pulling level through Jordan Shipley's effort from the edge of the box.

Bayliss was the architect as he managed to break the offside trap and sent in a delightful low-driven cross.

In the 77th minute, Tom Bloxham, with bundles of energy, danced past four challenges before finding Leahy who moved it onto Shipley out wide. He then attempted to cross but cut out for a corner.

Following the resultant move,  Bayliss sent a ball into the middle of the box which came out to Leahy on the edge of the box but his effort flew over the bar.

With ten minutes remaining, Shrewsbury Town academy scholar Josh Bailey was awarded his League One debut as he replaced Jordan Shipley as the left wing-back.

Tickets are now on sale for our match against Barnsley at Montgomery Waters Meadow on Saturday 12th November.

Tickets for our Sky Bet League One game with Barnsley are on sale now. 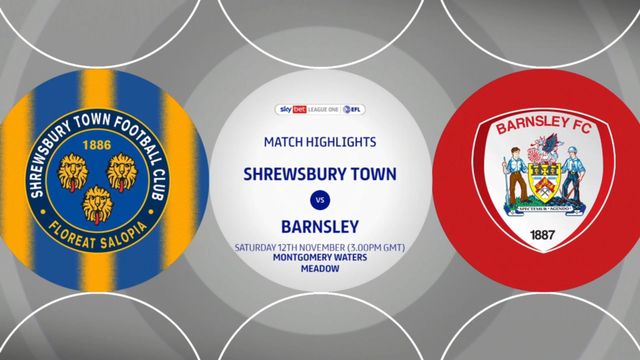 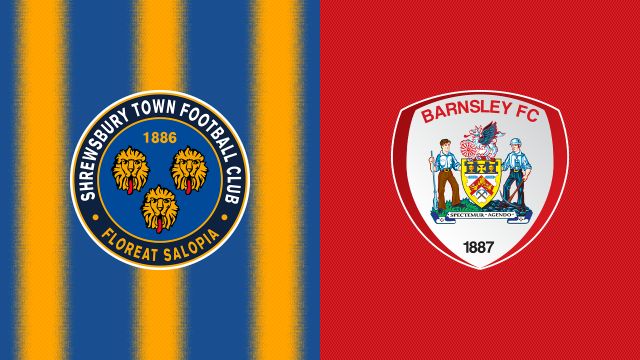 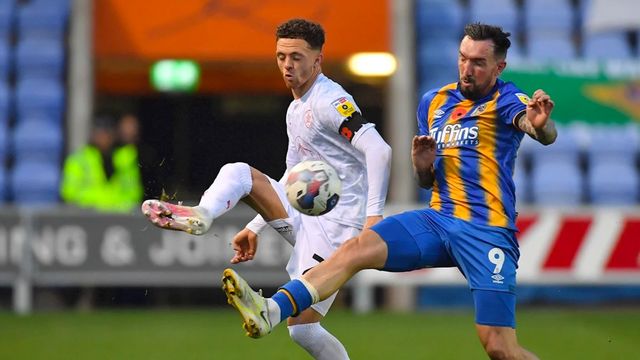