Shrewsbury Town travel to Highbury Stadium this Saturday, to face Fleetwood Town in the Sky Bet League One.

Fleetwood secured a point away from home last Saturday, drawing 1-1 against Portsmouth at Fratton Park. Carlos Mendes Gomez equalised for Scott Brown’s side in the 15th minute after Portsmouth had raced into an early lead.

Salop meanwhile won 2-1 at home against MK Dons. The first half saw Shrewsbury go 2-0 up thanks to a goal from Tom Bayliss, and an injury-time goal from Jordan Shipley to double the lead. After the break, the visitors pulled one back through Zak Jules, before Dawson Devoy was sent off in the 59th minute to reduce them to 10 men.

There have been 17 meetings between Shrewsbury and Fleetwood, with Salop winning three of those, drawing six and losing eight. The last meeting ended in a 1-1 draw at Montgomery Waters Meadow in February this year. In the reverse fixture, Shrewsbury won 3-0 at Highbury Stadium in December 2021.

One to watch: Gerard Garner

23-year-old Gerard Garner was the top scorer for his side last season, finding the net seven times in his 28 appearances. This season, he has scored twice so far with one goal in the league and one in the EFL Cup. Garner has been with the club since 2017 and has since had loan spells with Southport, Bamber Bridge, FC United of Manchester and Gateshead.

Bayliss' fine run of form continued on Saturday afternoon as he netted the only goal of the game on the half-hour mark.

After receiving a lay-off from Christian Saydee, the 23-year-old curled a delicate strike into the top right-hand corner of the goal.

Fleetwood made Salop work for it throughout the game with left-back Danny Andrew hitting the crossbar on two occasions.

Marko Marosi returned to the starting line-up after recovering from a finger injury with Tom Flanagan also back following a suspension. Matt Pennington was absent with injury.

Fleetwood decided to go with a 4-2-3-1 system with Callum Morton leading the line for The Cod Army.

The three behind the striker were Harvey Mcadam, Paddy Lane and Carlos Mendes-Gomes.

In what was a quite opening 20 minutes, Shrewsbury had the best opportunities to make the breakthrough.

It was Salop who created the game’s first chance when Luke Leahy managed to find Jordan Shipley just inside the box.

He then drilled a powerful strike across goal that sailed narrowly wide.

On the 20 minute mark Fleetwood created their first chance when they worked the ball to Harvey Macadam who was just inside the box.

The midfielder then sent a strike towards goal but Marosi did well to parry the ball away.

Overall, though, it was Steve Cotterill’s men, who had looked the more dangerous of the two teams.

And they opened the scoring on the half-hour mark with Bayliss grabbing his third goal in seven games.

First, Saydee showed bundles of strength and character to ride a number of challenges before spreading the play wide.

And the ball eventually fell for Bayliss who, from just inside the box, curled a delicious strike into the top corner - with Pyke the man getting the assist.

Town created a great chance to double their lead just moments later when Leahy slipped Pyke through on goal.

The striker used his pace to latch onto the pass but goalkeeper Jay Lynch raced off his line and made an excellent stop to deny the 25-year-old.

Ten minutes before the break, Shrewsbury had another chance to double their lead.

A brilliant cross-field ball found Shipley who then darted to the byline before cutting back a cross.

Leahy then latched onto the ball and drilled a powerful strike over the bar from 12 yards.

Fleetwood had the brighter start to the second half as they had two good opportunities to bring the score line back level.

Their first came through Mendes-Gomes who received the ball from a through pass out wide and then fired the ball across goal but the opportunity went wide.

A few minutes later Danny Andrew had a shot from distance that took a deflection, however, the chance crashed against the bar.

With 20 minutes remaining, Fleetwood had a corner following their pressure on the Shrewsbury box.

The set piece taker was Andrew who whipped in a dangerous cross that once again crashed against the woodwork but to no avail.

The Fleetwood attacker took the ball around Marosi who rushed out in an attempt to win the ball however Moore came to the rescue as he made a goal line clearance.

Shipley was millimetres away from doubling his side’s lead in the 79th minute when he found himself with space in the Fleetwood box, but unfortunately, he could only hit the post.

Fleetwood subjected Salop to a barrage of attacks in the final minutes of the game but the blue and amber wall held firm and all three points came home to Shropshire.

Tickets are now on sale for our trip to face Fleetwood Town in October.

Tickets are on sale for our Sky Bet League One clash at Fleetwood.

Town travel to Highbury Stadium on Saturday, October 15, with the match kicking off at 3pm.

We have been allocated 600 seats. 300 seated in the Parkside Stand and 300 standing in the Percy Ronson Stand.

We have also been given two pairs of wheelchair and carer tickets. Disabled supporters pay full price for their age group category with the carer admitted for free.

Seated tickets in the Parkside Stand cost as follows:

Fleetwood Town can offer up to seven wheelchair-accessible bays to visiting supporters located in the Parkside Stand. As mentioned above, disabled supporters pay full price for their age group category.

Standing tickets in the Percy Ronson Stand cost as follows:

TICKETS CAN BE BOUGHT ON THE DAY FOR THE SAME PRICES.

Any tickets not collected will be taken to Highbury Stadium and can be picked up there on the day of the fixture.

If you can't make it to Fleetwood, you can listen to full match commentary on iFollow. 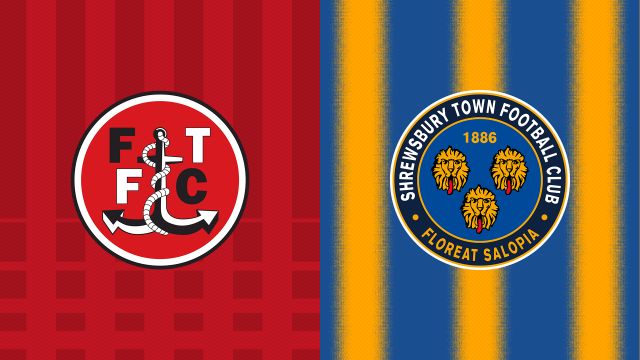 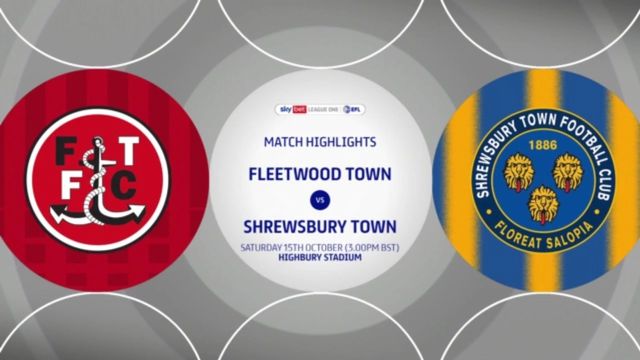 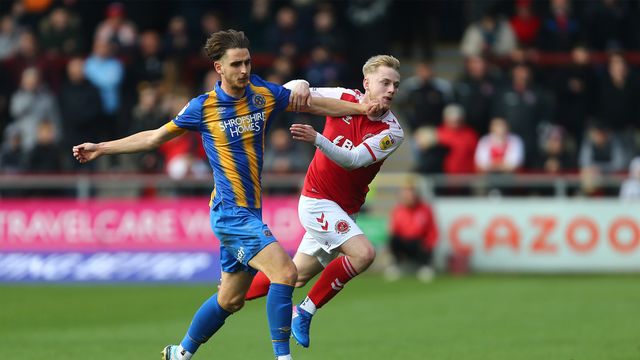