After a strong start, Town deservedly netted the first goal of the game on the half-hour mark when Jordan Shipley slotted Christian Saydee's through ball home.

Argyle came out fighting in the second half and netted their equaliser just after the hour mark through Niall Ennis.

The hosts eventually took the lead in the 83rd minute through Morgan Whittaker, who converted a deep cross with a casual half-volley.

Town boss Steve Cotterill set his side up in the familiar 3-4-1-2 for their long trip to Plymouth Argyle on Tuesday night.

While the formation remained the same, there were two changes to the starting 11 as Matt Pennington made his first start since withdrawing early from the Fleetwood game with injury and Rob Street came in to partner Saydee up top.

Taylor Moore and Rekeil Pyke dropped to the bench while Julien Dacosta was also named in the squad following a complicated hernia injury.

The hosts lined up in a 3-4-2-1 formation with Morgan Whittaker and Finn Azaz sitting just behind lone striker Ryan Hardie.

Salop started brightest and almost grabbed an early goal when Pennington's powerful header clattered the crossbar in the fifth minute, leaving Argyle's number one, Michael Cooper, rooted to the spot.

The 20-year-old loanee's looping header left again Cooper rooted to the spot but like Pennington's effort, it hit the crossbar.

After a more even period of play leading up to the half-hour mark, Town eventually go their deserved goal.

Tom Bayliss pounced on a loose ball and squared it to Saydee who was in the D on the edge of the penalty area. Saydee looked up and played a ball to the onrushing Shipley who side-footed the ball home with composure.

Town were looking seriously impressive in this opening half and cut the league leaders open once more just before half-time.

Elliott Bennett dispossessed Finn Azaz on the half-way line and that allowed Street and Luke Leahy to complete an efficient one-two that saw the young striker through on goal. Unfortunately, he couldn't get much purchase behind his shot and Cooper gathered it gratefully.

Half-time substitute and former Salop man Sam Cosgrove had the host's first good chance of the night when he got his foot to the ball after a bit of a scramble in the box. Fortunately for Town, Tom Flanagan got his shin in the way to deflect the effort wide.

Town almost doubled their lead following a free-kick just wide of the mark. Leahy whipped the ball to the back post where Pennington met it and put it back across the face of goal, but neither Tom Flanagan or Street could quite turn it home.

The visitor's stubborn defence was eventually breached just sixty seconds later. Ennis found himself through on goal and, at a tight angle, slotted the ball under Marko Marosi and into the back of the net.

Shrewsbury were under the cosh now and Argyle took the lead with their next big chance in the 83rd minute.

Bali Mumba travelled down the left wing and delivered a perfect cross to the back post. Whittaker met it with a casual half volley that proved to be the winner, and sent Salop home empty-handed despite an impressive first-half performance.

Tickets are on sale for our Sky Bet League One clash at Plymouth.

Town travel to Home Park on Tuesday, October 25, with the match kicking off at 7.45pm.

We have been allocated 716 seats in the Kawaski Barn Park End.

We have also been allocated three pairs of wheelchair and carer tickets.

They cost as follows:

Prices for all tickets rise by £2 on the day of the game.

Any tickets not collected will be taken to Home Park and can be picked up there on the day of the fixture.

If you can't make it to Plymouth, you can listen to full match commentary on iFollow. 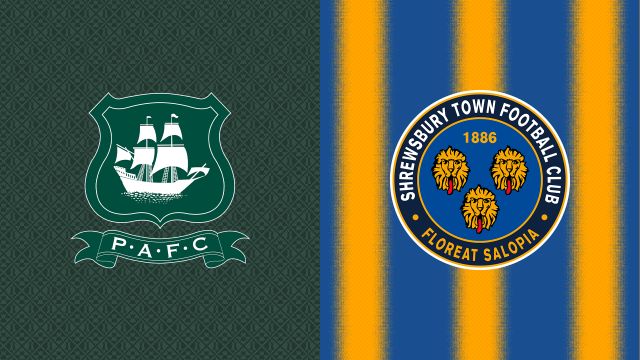 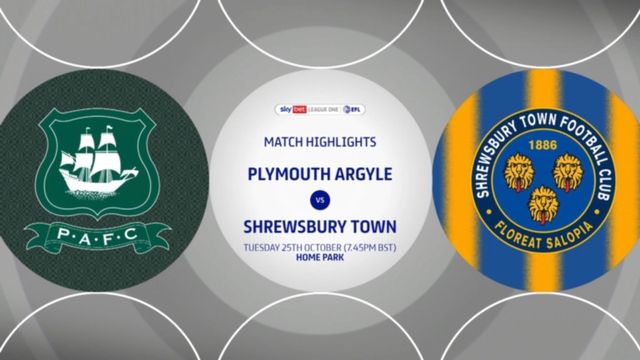 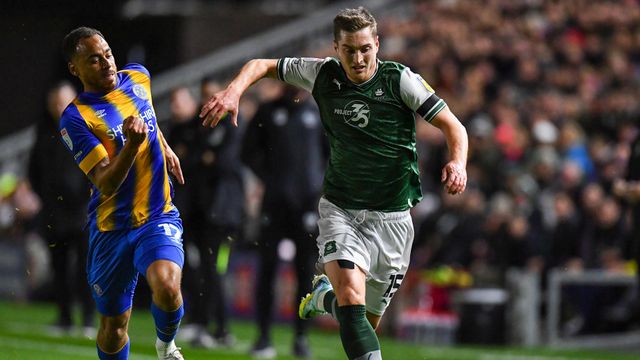