Shrewsbury Town travel to Fratton Park this Saturday to take on Portsmouth FC in the Sky Bet League One.

The hosts drew their midweek game on Tuesday 1-1 at home against Oxford United. Kyle Joseph had put Oxford ahead after 15 minutes but Colby Bishop rescued a point for his side in the 78th minute.

Meanwhile, Shrewsbury travelled to Home Park on Tuesday night, where they fell to a 2-1 defeat against league leaders Plymouth Argyle. Fans paid tribute on the night to former Plymouth commentator Gordon Sparks, who passed away from cancer aged 61 earlier this month.

Salop took the lead half an hour into the game thanks to a goal from Jordan Shipley. However, Plymouth fought back in the second half with Niall Ennis equalising for his side before Morgan Whittaker grabbed the winner with seven minutes remaining.

There have been 31 games played between Shrewsbury and Portsmouth, with Salop winning 10 of those, losing 17 and drawing four. The last time these sides met in the Sky Bet League One, Pompey won the fixture away 2-1 in February this year. The reverse fixture at Fratton Park ended 1-0 to Portsmouth in August 2021.

One to watch: Colby Bishop

25-year-old Colby Bishop is Pompey’s top scorer this campaign with eight league goals and one in the EFL Trophy. Bishop’s late equaliser in the game on Tuesday night earned his side a point against Oxford United at Fratton Park. The striker joined Portsmouth from Accrington Stanley in July this year, after being with Accrington since July 2019.

Town picked up a hard-earned point away at Portsmouth on Saturday afternoon.

Shrewsbury broke the deadlock mid-way through the first half when Elliott Bennett converted for his first goal since March.

The lead didn't last long though as Pompey levelled things up thanks to Zak Swanson's beautiful curled finish just a few minutes later.

Town boss Steve Cotterill opted for a 3-4-1-2 formation at Fratton Park for what was Salop’s second away game in four days.

Prior to kick-off, it was confirmed Aiden O’Brien and Julien Dacosta had both missed the trip to the south coast after picking up injuries – with the two players undergoing scans on Friday to determine the extent of the knocks.

Their absence meant the gaffer opted to name an unchanged side from the team that was hugely unfortunate not to get a result at Plymouth on Tuesday.

It saw Rob Street continue to partner Christian Saydee up front with Elliott Bennett at right wing-back and Jordan Shipley on the left.

Portsmouth went with a 4-4-2 system with Colby Bishop and Dane Scarlett as the front two.

The match also marked Portsmouth’s Remembrance Day fixture, with a minute's silence taking place before the game and The Last Post played.

Following what was a quiet opening 20 minutes, it was the home side who created the first chance when Owen Dale whipped in a cross from the right.

That was met by Bishop but his header was easily claimed by Marko Marosi in the Town goal.

Six minutes later Shrewsbury broke the deadlock following an excellent move that started with some fine combination play from Saydee and Street.

The ball was then worked to Winchester who, from just inside the box, saw a low drive deflect against the post.

Bennett, though, was first to react with the wing-back taking a touch before firing in for his first goal of the campaign.

Town could only hold onto the lead for three minutes with the hosts pulling level in spectacular fashion.

Following a corner, the ball broke for Swanson who – from 20-yards out - curled an unstoppable strike into the top corner.

It wasn’t until early in the second half that either side threatened again - with Bennett making a pinpoint pass to Saydee in the 53rd minute.

The striker took the ball to the byline and sent in a low-driven cross but no Salop player could get into the box in time.

Pompey had a chance to lead through Bishop in the 72nd minute as goal scorer Swanson teed him up with a dangerous cross but the number nine could only head it over.

The home side kept pushing when Kieron Freeman delivered a deep cross that neither Joe Piggott nor Colby Bishop could convert in the goalmouth scramble that followed. Marosi eventually claimed it gratefully.

Salop weren't settling for a point either and countered quickly when Taylor Moore broke down the right wing. His deep cross was collected by Luke Leahy who forced a corner. Bayliss delivered to the back post where there were loud claims of handball from the Town players. These were swiftly waved away by the referee and Town took a point back to Shropshire.

Away: 426 Salop fans made the trip down to Hampshire.

Tickets are now on sale for our trip to Portsmouth at the end of October.

Tickets are on sale for our Sky Bet League One clash at Portsmouth.

Town travel to Fratton Park on Saturday, October 29, with the match kicking off at 3pm.

We have been allocated 600 seats located in the Milton End.

We have also been given five pairs of wheelchair and carer tickets that are located amongst the home wheelchair section in the Fratton End that can be purchased by calling Portsmouth directly.

Seated tickets in the Milton End cost as follows:

Any tickets not collected will be taken to Fratton Park and can be picked up there on the day of the fixture.

If you can't make it to Portsmouth, you can listen to full match commentary on iFollow. 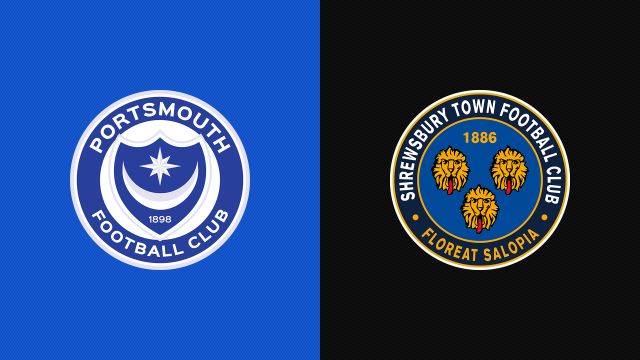 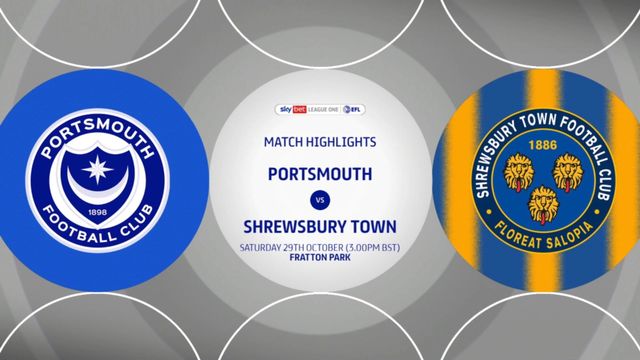 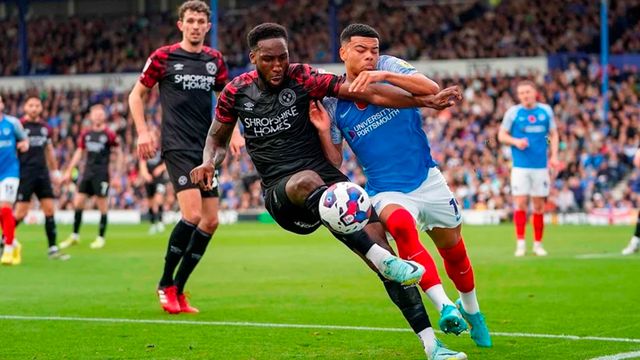