Shrewsbury fell to a frustrating 1-0 loss against Charlton Athletic at Montgomery Waters Meadow.

Jesurun Rak-Sakyi grabbed the only goal of the game in the 69thminute to deny Town a third consecutive win in League One.

Steve Cotterill's side had a number of chances to open the scoring with Chey Dunkley, Christian Saydee, Jordan Shipley and Tom Bayliss all going close.

Town then pressed and pressed for an equaliser following Rak-Sakyi's goal but despite consistently getting into dangerous areas Charlton held on for the win.

In what was our designated Rainbow Laces fixture, skipper Luke Leahy wore a rainbow armband, while a number of players wore rainbow laces.

Charlton decided to go with a 4-4-2 system with Jayden Stockley partnering with Charlie Kirk in attack.

In what was a frantic opening 10 minutes, both sides had chances to get themselves in front.

It was Shrewsbury who threatened first when a deep corner found its way through to Luke Leahy at the back post.

The captain then headed the ball back across goal towards Chey Dunkley.

And full stretch he got the slightest of touches to poke the ball towards goal – but goalkeeper Joe Wollacott was in the right place to claim the ball right on the line.

Two minutes later it was Charlton who were on the attack with the Addicks whipping in a dangerous cross that Stockley headed wide.

In what was proving an entertaining game, Town threatened again just before the 20 minute mark when Saydee showed bundles of strength and character to battle his way past three players.

The striker then found Shipley who drilled a powerful shot across goal which went just inches wide.

The Addicks had a big chance to break the deadlock just after half an hour as Steven Sessegnon drove to the byline and pulled the ball back to Rak-Sayki.

But from six yards out he scuffed a poor strike straight at Marosi.

Just before half time Town had a brilliant chance to open the scoring through a Marosi long ball which reached Shipley who brought it down to lay off to Pyke.

The versatile striker then teed up Bayliss for him to strike with power but the Charlton defence did incredibly well to block the chance.

Steve Cotterill tweaked his formation just after half time as Salop went to a 4-2-3-1.

Taylor Moore moved to right back and Bennett was pushed higher upfield to right wing.

Pyke moved out wide to left-wing whilst Bayliss stepped up into the number 10 role as Saydee became the lone striker.

Shrewsbury began the second half very much like the first and within 10 minutes nearly had the first goal of the game.

Saydee latched onto a loose ball and laid it off to Bayliss who was just inside the box. But the Charlton defennce did really well to close the midfieler down quickly.

Within a minute Town created another golden opportunity as Shipley sent a delightful cross right into the danger area.

But while Bayliss did his utmost to reach the ball, he just couldn't get there in time for a tap-in.

The away side made the breakthrough in the 69th minute as substitute Jack Payne drove to the byline and pulled it back to Rak-Sakyi who converted from inside the box.

Town then pressed and pressed for an equaliser with Steve Cotterill's side forcing a number of corners and free-kicks in dangerous areas.

But while they saw countless efforts blocked, they were unable to find an equaliser.

Tickets for our Sky Bet League One game with Charlton Athletic are on sale now. 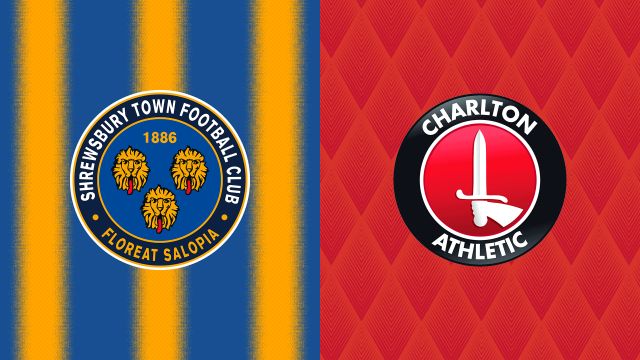 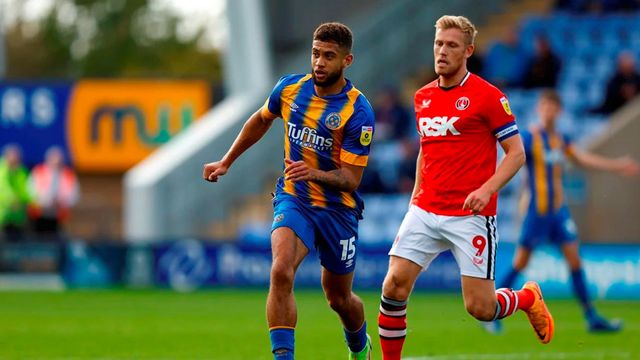