Shrewsbury Town will make the trip to Vale Park this Saturday to take on newly promoted Port Vale in Sky Bet League One.

On Tuesday night, Shrewsbury beat Exeter City 3-2 at Montgomery Waters Meadow in a dramatic clash against the Grecians.

The visitors had gone 2-0 ahead with goals from Pierce Sweeney and Jonathan Grounds inside the opening 20 minutes. However, it was not long before Matthew Pennington and Tom Bayliss scored for the Shrews to ensure the game was level at the break.

As the game looked to be heading to a draw, Chey Dunkley scored the winner in the 93rd minute to claim all three points.

Meanwhile, Port Vale faced Barnsley where the points were shared at Oakwell stadium. Liam King had put Barnsley 1-0 up just before the first half was coming to an end. In the second half, Ellis Harrison then equalised for Vale in the 83rd minute to ensure his side gained a valuable away point.

Shrewsbury and Port Vale have faced each other on 56 occasions with Salop winning 20 of those, losing 18 and drawing 18. The most recent meetings between the sides were in the Football League Trophy. In September 2019, The Valiants won the group stage fixture 2-1 at Vale Park. Salop also faced Vale earlier that year in the third round in January 2019, drawing 1-1 before losing 4-3 on penalties. Shrewsbury won the second round fixture 2-1 in December in the 2017/2018 season.

Before this, the two sides last met in the league in the 2016/2017 League One campaign. The fixture at Montgomery Wasters Meadow ended 0-0 in November that season, with Vale winning the reverse fixture 2-1 in March 2017.

One to watch: Ellis Harrison

New signing Ellis Harrison only joined Vale on 11th August this year but has already scored three times in six matches for his side. It was Harrison’s goal in the 83rd minute in their last outing that ensured Vale left Oakwell stadium with a point in their 1-1 draw at Barnsley in the week.

The 28-year-old centre-forward has spent most of his career at Bristol Rovers between 2011-2018, but has also featured for Hartlepool (on loan), and played for Ipswich Town, Portsmouth and Fleetwood Town before making the switch to Vale.

In what was Town’s first defeat on the road this season, the hosts took a ninth-minute lead through Ellis Harrison.

Saydee pulled the scores level after he combined excellently with Rekeil Pyke.

But in a match of few clear-cut chances, Vale won it in added time when Harrison nodded in his second goal of the game following a corner.

Boss Steve Cotterill opted for a 3-5-2 formation at Vale Park, with Saydee making his first start up front alongside Pyke.

Carl Winchester made his full debut at right wing-back with George Nurse on the left and Luke Leahy, Taylor Moore and Tom Bayliss the midfield three.

On the bench, Elliott Bennett was included in the matchday squad for the first time this season after recovering from an ankle injury.

It was Vale who flew out the blocks, with Darrell Clarke's side taking the lead in the ninth minute.

Following a swift counter-attack, the ball was worked to Harrison in the box, who calmly slid the ball past Marko Marosi and in.

Shrewsbury didn’t stay behind for long, with Saydee pulling them level with a wonderfully worked goal.

First, the forward produced an outrageous back heel to find his strike partner Pyke in the box.

Pyke then produced a clever return pass with Saydee using his strength to hold off a defender before brilliantly slotting the ball into the bottom corner.

Following what had been a frantic start, the game then quietened down for the rest of the half, with neither side creating a chance of note.

Harrison had the first opportunity after the restart as he tried his luck from 25 yards out, but Tom Flanagan made a smart block to remove the danger.

Shrewsbury had a chance to take the lead with 20 minutes remaining, with Flanagan smartly playing a through ball to Ryan Bowman.

The substitute weaved around some Vale defenders and had a shot that looked destined for the bottom corner. But his effort took a deflection and sailed narrowly wide.

With five minutes to go, Leahy let fly with a swerving strike from 20 yards out that went just inches over.

But in the 90th minute the hosts went on to win it. Following a corner, the ball got whipped into the box with Harrison rising the highest to head in.

Ticket details for our Sky Bet League One fixture away at Port Vale have been released.

Ticket details for our Sky Bet League One trip to Port Vale.

We have been given an initial allocation of 1,200 tickets for the game and Town fans will be housed in the Hamil Road Stand.

Children aged 12 and under - Free

Patrons with a disablility who are ambulant and are receiving medium or high ratings may have a helper with them free of charge. These supporters will be charged the appropriate price for their age.

Disabled supporters may sit in the away stand but please be aware there are no facilities for supporters with disabilities in this stand. There is a dedicated stand for ambulant disabled who require access to dedicated facilities and all wheelchair users. Tickets for this stand are available directly from Port Vale by calling 01782655821.

Tickets go off sale from the ticket office and online at 12pm on Friday 16th September.

Standard post, special delivery, or to collect from Shrewsbury Town.

Tickets will be available to supporters on the day of the game if there are any remaining.

Port Vale operates an away kiosk outside the away stand from 1pm-kick-off on a Saturday matchday. This is for pre-paid collections only.

All car parking is pay-on-the-day. You cannot book car parking in advance. The car park is situated outside the away stand and additional parking is approximately three minutes walk from the ground.

If you can't make it to the game you can listen to full match commentary, or watch the game if you are an international fan, on iFollow Shrews, or download the iFollow App to listen if you are out and about. 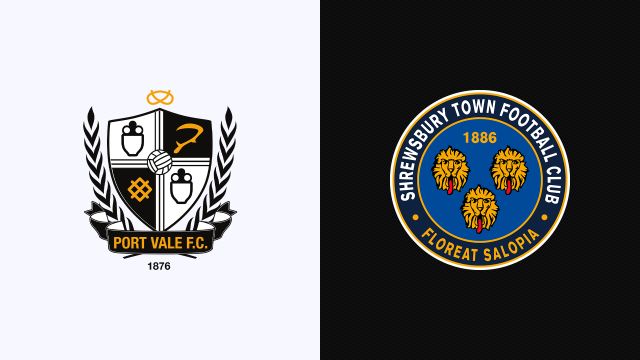 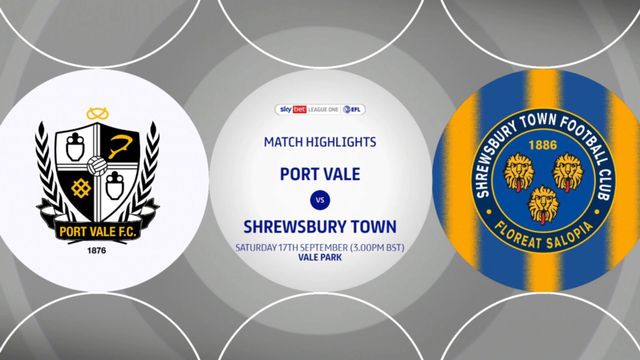 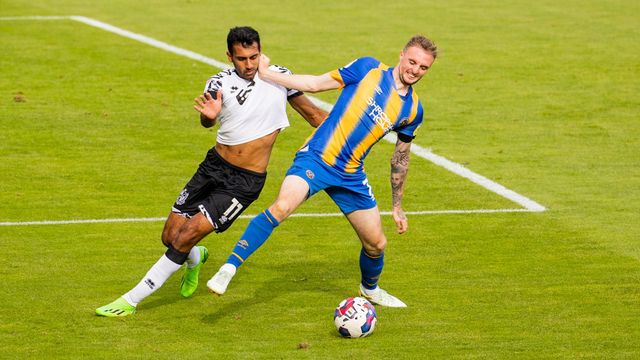