Shrewsbury Town return to Sky Bet League One action this Tuesday when they host newly promoted Exeter City at Montgomery Waters Meadow. Kick-off is at 7:45pm.

Football across the EFL and Premier League was postponed on the weekend out of respect for the passing of Queen Elizabeth II.

Both teams won their previous match. Shrewsbury recorded a 2-0 away win at Forest Green Rovers at the start of the month, with Rekeil Pyke netting in the 10th minute before Jordan Shipley struck minutes after the interval to secure the three points.

Exeter meanwhile beat Milton Keynes Dons 1-0 at home courtesy of defender Cheick Diabate grabbing the winner in the second half. It was an emotional day at St. James Park as Jay Stansfield made his debut for the club his late father Adam had also played for.

Out of the 51 games played between Shrewsbury and Exeter, 20 have ended in victory for Salop, with 18 ending in defeat and 13 draws being played out between the sides. The last time this fixture was played was in League Two in the 2014/2015 campaign. Exeter won 3-2 at St. James Park, whilst Shrewsbury won 4-0 in the return fixture at home.

One to watch: Sam Nombe

23-year-old forward Sam Nombe is Exeter’s top scorer across all competions this season with four goals and three assists to his name so far. Nombe joined Exeter from League One side Milton Keynes Dons in July 2021. Last season, he grabbed 10 goals for his side, eight of which were in the league as Exeter gained automatic promotion finishing in 2nd place.

Exeter started on the front foot as they managed to take a 2-0 lead within the opening 20 minutes as their captain Pierce Sweeney and Jonathan Grounds grabbed their goals.

Shrewsbury were quick to respond as Matthew Pennington headed home from a corner in the 21st minute.

Tom Bayliss equalised just after the half-hour as he shot from just inside the box to convert past Jamal Blackman.

Dunkley grabbed an exhilarating final goal of the game in additional time when he poked home from inside the box.

Before kick-off, there was an impeccably observed minute’s silence in tribute to Queen Elizabeth II.

That was followed by the playing of the National Anthem with Montgomery Waters Meadow uniting to sing God Save The King.

Players and coaching staff from both sides also wore black armbands for the duration of the match.

Shrewsbury boss Cotterill opted for a 3-4-2-1 system when naming his starting line-up, with new loan signing Rob Street leading the line for his full debut.

Jordan Shipley and Bayliss were deployed as number 10s, with the versatile Rekeil Pyke playing at right wing-back.

Exeter lined up in a 3-4-1-2 formation with Jevani Brown and Sam Nombe as the front two.

In what proved to be a frantic first half, it was Exeter who opened the scoring when – following a corner – the ball fell for Sweeney in the box, who lashed home from 12-yards.

Jack Sparkes tried his luck from distance and his effort took a massive deflection off Grounds before clipping the inside of the post and creeping over the line.

In what was proving an entertaining opening, Shrewsbury showed bundles of character to pull a goal back just a minute later.

Following a corner, the ball fell for Pennington who fired home from close range.

Just before the goal, Cotterill had changed shape to a 4-2-3-1 system with Pyke moving to the right wing, Shipley to the left flank and Pennington to right-back.

Bayliss moved into the number 10 role and just past the half-hour mark, he went pulled Town level.

After a corner was cleared, the ball was hooked back in by Pyke towards Bayliss, situated just inside the area.

And he then produced a wonderfully controlled half-volley to fire the ball past Jamal Blackman.

In the opening stages of the second half, Bayliss went on a 25-yard run, weaving in and out of the Exeter back line.

Just after the hour mark, Exeter had a chance to take the lead as Nombe was slipped in and got his shot off. Fortunately, the sublime Marko Marosi brilliantly got down to parry the ball away from danger.

With 20 minutes remaining, Shrewsbury evaded the Exeter pressure as Moore clipped a precise ball to Bayliss.

Former England under-19 player was inside the box and headed a diagonal ball towards substitute Christian Saydee, but the ball had too much on it and sailed wide.

Salop maintained the pressure and had two opportunities to take the lead in quick succession.

Bayliss, who was on the by-line, cut a ball back to Ryan Bowman who failed to make proper contact. But the ball fell to the feet of George Nurse, who struck it fiercely first time. Unfortunately, it clattered the crossbar.

In the third minute of additional time, Salop secured the three points. Tom Flanagan was able to get on the end of a Nurse long throw and head it to the feet of Dunkley. The centre-back swung his foot at it and lifted the roof off the stadium with his poacher's finish. 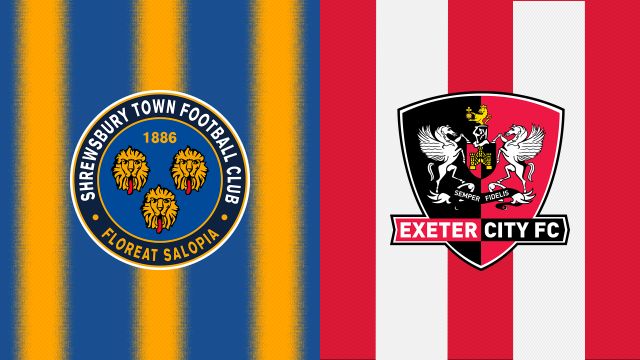 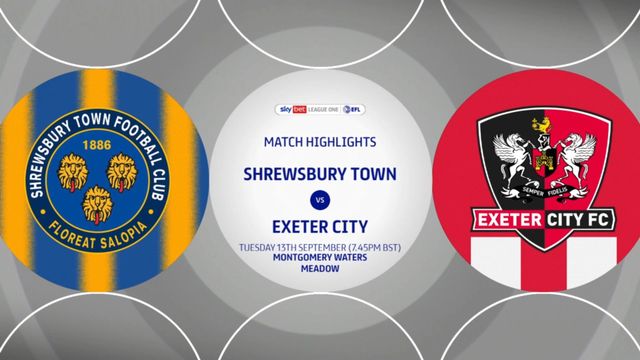 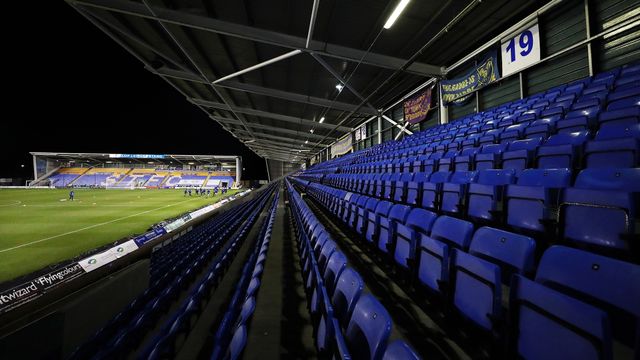