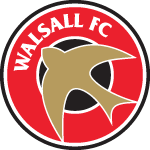 Town earn a three nil win in the Central League Cup over Walsall.

Town made it another good win in the Central League Cup with a three nil victory over the Walsall development squad.

Aaron Amadi-Holloway and Lenell John-Lewis were the two players on hand to give Town the deserved win.

Shrewsbury Town named a strong starting line up for this afternoons Central League Cup fixture, including Town captain Mat Sadler and a number of other first-team players.

The first 10 minutes of Town’s Central League Cup fixture got underway with Town in the ascendancy. Both Alex Gilliead and Ryan Sears were partnering well on the right side – causing the Saddlers problems from the get go.

The majority of the action was happening in Walsall’s half. On the 22nd minute Arthur Gnahoua came close to putting Town in the lead. A half volley from outside of the box was dipping towards goal, but to the relief of Chris Dunn the ball bounced off the bar and went out for a goal kick.

Town’s strongest asset was our defending. Kieran Kennedy imposed himself in the well air and was doing a good job of sealing out the Saddlers attacks – winning the majority of his duels.

Right on the stroke of half-time, the Saddlers had their first real dangerous chance. Maz Kouhyar did well to beat his man with the drop of the shoulder. The forward let off a powerful shot with his left foot, but the ball narrowly zipped past the post.

Both teams went into to the break all square on the score sheet. Both defences looked strong and did a great job of blocking most dangerous advances.

Town started the half in quick fashion with Gnahoua nearly getting himself on the score sheet early doors. Lenell John-Lewis played a nice one-two with the winger and their efforts nearly paid off, but Gnahoua was unlucky to hit the post with his left foot effort.

In the 48th minute John-Lewis opened Town’s account. Amadi-Holloway took the ball around his man and found John-lewis just inside the box and the striker struck the ball into the bottom left-hand corner – giving Town the lead.

John-Lewis was proving to be a problem for Walsall’s back line and the striker nearly bagged a second. Ryan Barnett floated in a lovely ball and John-Lewis connected well, but the ball whispered just wide.

Town’s dominance started to show and Askey’s men notched a second. Gilliead’s corner delivery found Amadi-Holloway and the front man leaped well to head the ball into the corner of the goal in the 65th minute.

John-Lewis was having a great game and scored his second goal in the 73rd minute. Doug Loft floated in a great ball and Joh-Lewis jumped above the defenders well to head home into the right-hand corner, making the score-line 0-3.

The game came to a close with Town taking home the win. Lenell John-Lewis and Aaron Amadi-Holloway were the front two on form to hand the Shrews the win.