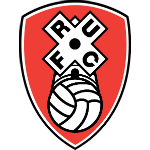 A young Town side travelled to Rotherham for their final away game of the group stages in the Central League Cup.

It was the home side who took the lead with just over 5 minutes on the clock, but Town had chances of their own in the first half.

It remained 1-0 for the rest of the half and saw the score remain into the half-time break.

In the second half, Town had good chances for Grosvenor and Caton but the Rotherham keeper was equal to the task.

Rotherham added a second goal on the 60-minute mark Sam Agius was unable to get to a shot after the Rotherham player found himself in a good position.

Town now how the final game of the group stages on January 14th at home to Doncaster Rovers to see if they progress to the next stages of the competition.