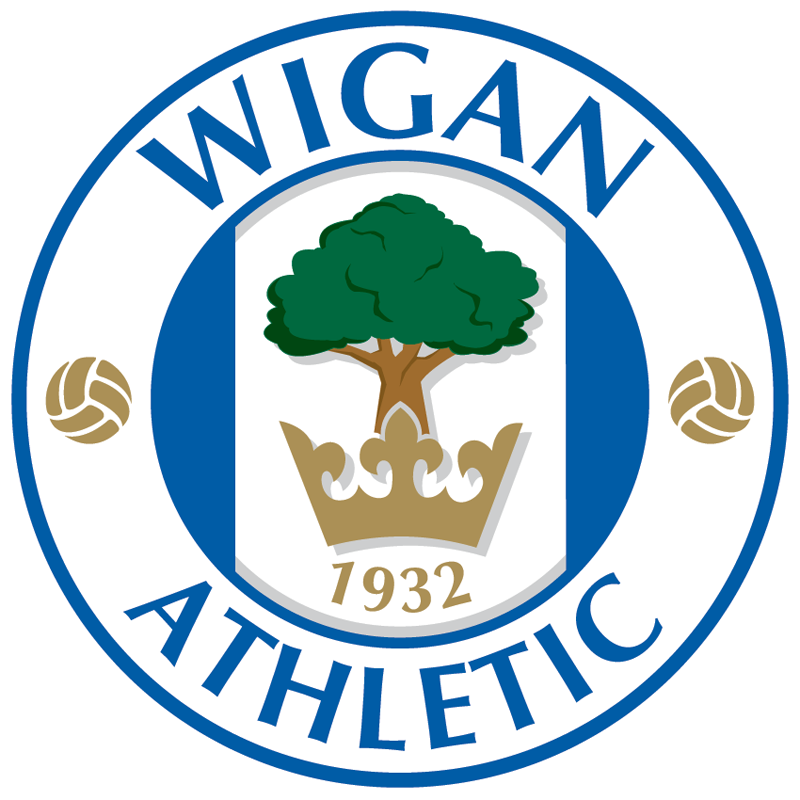 Salop started the game on the front foot and looked the better team in the opening 20 minutes. As the conditions worsened the pitch became boggy and hindered Town’s passing play. Wigan took the lead in the 24th minute before doubling it three minutes later, both goals coming from Gerlhardt. Town looked to hit back but conceded a third through a well hit free kick from McGuffie before the end of the half. The second half looked initially positive before Town were caught out by the counter and conceded a fourth in the 69th despite strong efforts from Cam Gregory. Town never gave up and were rewarded in the 74th with Ofori pulling one back. Despite their best efforts Wigan saw the game out, the final score 4-1.


Cam Gregory started the game in goal with Reiss Corfield slotting in at right back and Davies at left back. The U18’s were without centre back Christos Shelis, after he travelled to Wembley with the first team. This saw Josh Agbozo slot into centre back paired with U16’s Luke Ward, who despite the score-line, worked well together. Town went with a midfield three of Jack Leask, Kian Taylor and James Rowlands. Aaron Gilping played down the right wing with Barnett on the right and Mwandwe with the pace up top.


Kick Off:
Town started the game on the front foot and an intelligent overlap in the 3rd minute saw Rhys Davies find space down the left. Davies pulled a high ball towards the far side of the box but no one was there to receive and Wigan cleared.

Moments later, Gilpin showed his pace to spring free down the right-hand side before pulling a low ball back across the box. Taylor was the target but couldn’t reach it before Wigan cleared the danger.

Wigan earnt the final attack in the first ten minutes. A low ball into the box from a wide position could have been more problematic but Agbozo kept his cool and steered the ball back to Gregory to clear.

The conditions were boggy and the game-play reflected it with several niggly fouls. In the twelfth, Town earnt a free kick halfway inside Wigan’s half. Skipper Barnett stepped up to loop a floating ball over the penalty spot. Wigan let the ball bounce in the box but no one could capitalise and they cleared again.

Cam Gregory had little to do in the early stages but was forced into action in the 19th. Wigan did well to work the ball forward before finding shooting space on the edge. The driven mid-height shot was swerving towards the left corner but Came sprung across goal to tip it wide for a corner. The strong save was backed up by strong defending as Town cleared the corner with ease.

On the counter, Gilpin did exceptionally well to drive into the box and knock the ball past his man. The Wigan defender seemed to step across Aaron as he went to pull the trigger seeing the winger hit the deck. The ref saw no wrong doing though and waved play on as Wigan cleared.

Moments later, Rowlands linked up nicely with Leask and Gilpin down the right. The midfield pair having the freedom to roam playing in the three. The original cross was blocked for a corner and as the corner came in, Ward went down under a firm challenge, the referee did not see it and the ball fell kindly for Barnett with a yard of space inside the box. The space was closed instantaneously and the skipper’s first time strike was blocked wide.

Wigan took a surprise lead in the 24th minute, after hitting Town on the counter. Galhardt wriggled his way through on goal before finishing emphatically into the top corner giving Gregory no chance.

Moments later, Wigan almost got a second after a clever ball in behind saw them through on goal. A big challenge came in from Rhys Davies though, clearing the ball for a corner and allowing Town to get numbers back.

Substitute: Jack Leask was forced off though injury in the 27th minute. The midfielder was replaced by Tyrone Ofori which brought a shuffle in the middle. Barnett slotted into midfield with Mwandwe moving to the left wing and Ofori going up top.

After the sub, Wigan did get their second. After picking up the ball in the box Gelhardt showed good footwork to work the space whilst holding off the challenge. His shot was heavily deflected seeing it bounce past Gregory into the back of the net. The goal coming in the 27th minute.

Wigan had come alive in the game in minutes later, forced another strong save from Cam Gregory. Wigan had broken forward into the box but Gregory came out to command his box and tipped away the first shot before springing to his feet and catching the second shot.

A soft foul on the edge of the box saw Wigan earn a free kick in the 32nd. McGuffie stepped up for the Latics and smashed the ball into the top corner with a fine strike of the dead ball.

Rowland picked up a yellow card in the 42nd minute after a heavy challenge in the middle.

Before the end of the half Town had chance to pull one back. Springing forward on the counter Barnett placed a perfectly weighted pass forward to set Ofori on the run. Ty’s touch was excellent and sprung him forward past the defender. Wigan recovered well though and his shot was blocked wide. The resulting corner was cleared and ref blew for half time.

Town started the second half with the mentality that they could get back in the game. Wigan were first to create a chance though, hitting Town on the counter. Finding an opening on the edge, the Wigan attacker pulled the trigger, rattling his shot of the cross bar.

Town were quick to react though and cleared the danger before hitting back on the counter down the right. Ofori found the space to shoot but his low strike towards the bottom corner saw a late deflection take it wide.

Kicking on Rowland did well to find Barnett down the left-hand side. Barnett did exceptionally well to spin his man before finding Davies on the edge. Rhys’ low ball into the box almost found Rowlands but was cut out and cleared.

Substitution: Reiss Corfield was replaced by Zac Hartley in the 64th minute.

Town showed passion in not giving up in the second and were nearly rewarded for their efforts in the 66th as Barnett wriggled free on the left-edge. His low shot was swerving towards the bottom left corner but swayed into the side netting.

Town got caught on the counter in the in the 69th as Wigan made it four. The attacking press was needed at three down but constituted to the fourth goal of the game as Town were left short at the back. Gregory did exceptionally well to come off his line and get a strong fist to the first shot, which was hit with real power. The ball feel kindly for Joseph though, who cautiously volleyed into an open net to make it 4-0.

Moments later Town got one back through Tyrone Ofori in the 74th minute. Ofori confidently flicked a clever cross over his shoulder and past his man before smashing the ball past Perrin with a clinical finish.

Town pressed on in the final 15 minutes always sensing they could get another. Barnett had the running on Wigan’s left back and skilled his way past him again in the 78th. Barnett only had one thing on his mind and hit a low shot goal wards which was blocked and cleared.

Hartley had looked promising on the overlap down the right-hand side. He managed to find Barnett on the edge of the box with a clever ball but his cross into the box was cleared as Wigan stood strong.