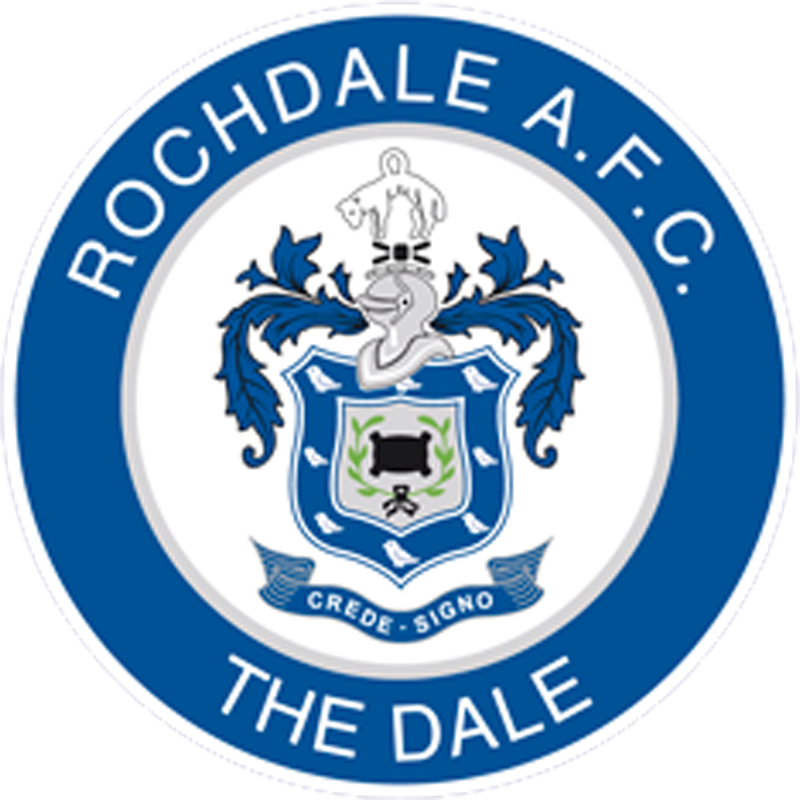 Town U18’s get all three points against Rochdale

Town’s U18’s enjoyed a deserved victory against Rochdale thanks to Josh Agbozo. The win see’s Town take 6 points from 3 games in a strong start to the new season. The Academy dominated the first half, creating numerous chances to take the lead. Josh Agbozo rattled the cross bar from a free kick in the first half before Ryan Barnett did well to create a number of chances before half time. It wasn’t to be though, Town had to wait until the 80th minute to take the lead. Josh Agbozo got on the end of Reiss Corfield’s cross to give his side what they needed. Agbozo then got sent off with just minutes to go, but Town held on to their well-earned lead, taking all three points.

Team News:
Cam Gregory kept his place in goal after a solid performance against Preston last weekend. Reiss Corfield, Christos Shielis, Tom Davies and Jordan Wood made up the back line from right to left. Josh Agbozo Kian Taylor and Harri Lovett started in midfield with Captain Ryan Barnett, Charley Higgs and Lifumpa Mwandwe up top.

Kick-off:
Town started the game quickly. Josh Agbozo drove through the middle in the second minute before playing a nice ball out wide to Mwandwe. His well-placed cross into the middle towards Charley Higgs was cleared.

Town then earned a free kick on the left of the box. Captain Ryan Barnett stepped up to dink a clever ball across the box to Kian Taylor, who was closed down quickly and Rochdale cleared.

The strong attacking start for town was matched by dominant defending. Shielis did well early on to cut out a pass that would have put Rochdale’s Neil Kuemo through on goal. Cutting out the pass on the slide, the centre back did well to keep possession and pass his team out of danger.

When Kuemo did slip through on the right to play a low ball across the box, Keeper Cam Gregory was there to flick the ball away from goal.

Back on the attack, Town won another free kick just inside Rochdale’s half. Barnett played a looping ball in towards the far post which deflected off the defender and almost found the bottom corner.

From the resulting corner, Charley Higgs found the space to shoot only to see his effort blocked for another corner. Barnett’s second corner found Shielis who’s headed rose just over the crossbar.

In the 22nd Salop earned a free kick 30 yards from goal. Josh Agbozo stepped up to hit a vicious strike off the crossbar. Three minutes later, Agbozo rose to meet Barnett’s cross but saw his header tipped over by Morgan Piper.


Shrewsbury looked favourites to take the lead, Mwandwe then broke down the left making a powerful run from his own half into Rochdale’s box. He cut onto his right foot inside the 18-yard box but fired a curling shot just wide of the post.


Christos Shielis had a great game at centre back winning every header as Rochdale looked to play in behind. His security allowed Reiss Corfield the freedom to make some dangerous runs down the right flank.

Booking: Rochdale received a yellow in the 35th minute for a poor challenge.

Town continued to knock on the door at the end of the half. Ryan Barnett came alive in the 41st to give Rochdale’s defence plenty to think about.

He made a skilful run down the right before playing a cross in towards Agbozo. Picking up the clearance, he then found Kian Taylor with space on the edge of the box, his left footed shot was blocked and cleared.

Barnett then collected possession in the middle of the park before twirling past his man. He looked to play in Charley Higgs but his pass was cut out by the last man.

Second Half:
Town started the second half much like the first. Barnett made an excellent run down the right to play in a tempting ball towards Charley Higgs, who couldn’t grow enough to meet it.

Barnett then whipped in a curling corner to Mwandwe in front of goal. A scrappy clearance off the line got the ball away to safety, Salop were scratching their heads at how they’d not taken the lead.

The game became scrappy after the chance with both teams working hard to gain possession of the ball in the middle.

Booking:  Josh Agbozo picked up a yellow card for a crunching challenge on the half way line.

Substitution: Tyrone Ofori came on for Kian Taylor in the 60th minute.

Barnett then showed his class again after the substitution. He rolled the ball past his man with ease to create space on the left. He then cut onto his right before playing the ball central towards Mwandwe. His first-time shot from just outside the box looked to be on target but was deflected wide.

Rochdale enjoyed a spell of possession after the chance. They worked a nice chance on the edge of the box but could only fire high and wide. In the 70th Shielis did well to track back and challenge Rochdale’s striker who’d found a yard of space inside the box.

Barnett then did well to work the space to shoot on the edge of the box but his shot was again blocked as Rochdale sat deep.

The breakthrough came for Salop in the 80th minute as Mwandwe made a darting run through the middle before cutting out wide and taking the ball down the left side of the box.

His cross was initially cleared, but only as for as Reiss Corfield who played in a curling through ball over the defence to find Josh Agbozo in front of goal. Agbozo took the chance well on the volley, curling his first-time effort into the top corner past Morgan Piper. A quality piece of football from the Town youth.

Rochdale created a flurry of chances after the goal. Some good passing lead to two chances on the edge of the box, both were hit high and wide.

Rochdale continued to push on looking for an equaliser and in the 88th minute looked certain to be through on goal, Shielis got back well to make a great challenge and clear the ball.

Shrewsbury went down to ten men in the 89th. Goal scorer Josh Agbozo received a harsh second yellow for kicking the ball away after the ref had blew for a Rochdale free kick.

The game became scrappy after the red, as both sides battled in the middle of the park.

On the break in the final moments, Lifumpa Mwandwe showed maturity to take the ball wide and slow down the game, he won a throw in for his troubles.

Mwandwe left the field and as the throw in he’d earned was cleared by Rochdale, the ref blew the whistle for full time.