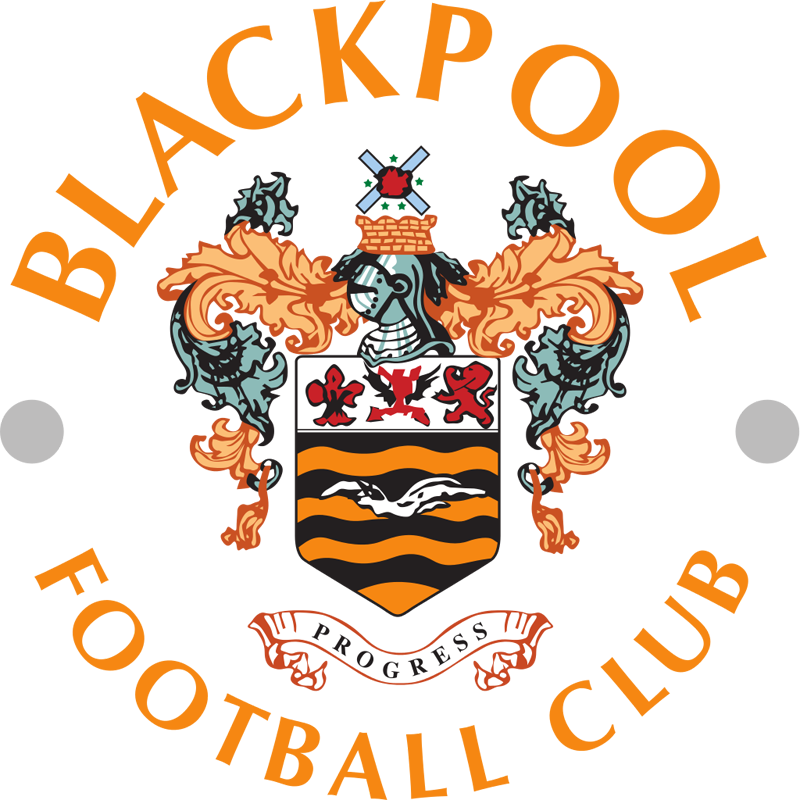 Another frustrating draw for Town’s youth

Tam News:
Town’s U18’s were left aggravated after their draw against Blackpool on Tuesday. Town dominated possession in the first half, taking the lead through Lifumpa Mwandwe in the 21st minute. Town looked certain to get a second, creating several chances through the first half. Salop pushed to double their lead in the second, but it wasn’t to be as Blackpool equalised against the run of play. Both teams created opportunities to win the game, Town the better side. A late red card saw Blackpool midfielder Jack Newton walk after a two-footed challenge on Kian Taylor.

Team News:
Cam Gregory started in goal. Ryan Millington came in a right back with Dan Walker at left back. Rory Huntbach and Christos Shielis made up the defence. James Rowlands and Jack Leask came into the midfield alongside Josh Agbozo. Reiss Corfield kept his position at right wing with captain Ryan Barnett on the left and Lifumpa Mwandwe down the middle in a pacey front line.

Kick Off:
Town started sharply and in the first minute Dan Walker looked to play Ryan Barnett down the left wing, a chasing Barnett couldn’t reach the pass.

Barnett was next to mount the attack. Picking up the ball in the centre he rolled his man before driving forward into space. He looked to slip Mwandwe in between the centre backs but saw his pass cut out.

Finding space in a similar pocket between the central midfielders and back four, Jack Leask was next to turn provider. He threaded the ball through the centre backs finding the run of Mwandwe. The Blackpool keeper came out early to close the space, saving Mwandwe’s shot with his feet and conceding a corner.

Ryan Barnett worked his magic in the thirteenth. A number of step overs in the middle of the pitch followed by a burst of pace forward opened up the space again. Barnett played a neat pass to Leask on the edge of the box who was fouled, earning town a free kick.

Substitution: Cam Greggory came off for Jack Atkinson in the 14th minute.

Agbozo missed the resulting free kick but stepped up in his own box moments later, to make a crucial tackle stopping a dangerous Blackpool attack. The tackle set Town on the counter with Reiss Corfield flying down the right wing. Approaching the by-line, he looked to curl in a cross but saw it blocked for a corner.

Playing Mwandwe in behind seemed the best route for Town in the early stages. Agbozo tried to slip him through in the nineteenth, this time the pass was cut out. In the 21st, the pass did work and with Mwandwe through on goal, Town took the lead. Mwandwe shot low to the right, beating the on-rushing keeper to put Town one up.

Town pushed on for a second and moments later set Corfield on the run down the right. Corfield launched and outside of the foo cross towards Mwandwe who couldn’t grow enough to control his header.

Blackpool struggled to unlock a solid Salop defence. Finding space from range Nathan Shaw hit a powerful shot towards the bottom right corner. Atkinson was alert and positioned well diving down and holding onto the strike.

Jack Leask pressed relentlessly in the first half, winning a strong challenge in the middle he instantly looked for the ball through to Mwandwe. Finding him with an inch perfect pass, Mwandwe flew forward before seeing a low left-footed shot stopped by a good save.

Mwandwe was presented with another chance in the 30th minute after Ryan Barnett used his pace to expose space on the left. Barnett’s cross found Mwandwe, his glancing header just wide of the post.

Leask had a strong first half always looking to slip Mwandwe in behind. Finding the pass again Mwandwe sprung into the box before cutting back, looking for his right foot. Instead he squared to Leask who’d made a clever run in support, the pass cut out and scrambled away.

Blackpool were next to mount the attack. Rowan Roache did well to dribble his way into space on the left before pulling a dangerous ball across goal. Agbozo was back to clear stopping the attack in the process.

The second half started with a chance for Jack Leask after Corfield slid him into the box. As he went to pull the trigger he was closed down, seeing his shot blocked out the box.

On the counter, Blackpool linked up well to create a shooting opportunity but Jack Atkinson was equal to it, holding on to the shot.

Reiss Corfield had the running of the left back and in the 55th he broke forward from the half way line on the right to Blackpool’s box. Cutting back to beat the centre back, Corfield hit a low shot with his left towards the bottom corner. The keeper forced into making a quick save.

Corfield worked the space on the right again moments later. This time he went for the cross drilling a ball towards Mwandwe. A touch would have doubled Town’s lead but Mwandwe couldn’t get to it on the stretch.

Substitution: Josh Agbozo was replaced by Kian Taylor in the 63rd.

After the sub, Blackpool equalised against the run of play. Sinclair-Smith bent his shot into the top right after a Rowan Roache pass to level the score in the 65th.

Substitution: Jack Leask was replaced by Tyrone Ofori in the 70th.

Barnett worked his way past his man before playing Corfield to the by-line on the right. Corfield fired it across goal looking for Ofori but the keeper was alert and held the cross.

Millington did well in the 75th to work the space to cross, Curling his effort millimetres over the head of Ofori.

Substitution: Dan Walker made way for josh Bailey in the 77th minute.

Mwandwe, having moved wide left to facilitate Ofori’s move up top, did well to wriggle some room on the edge of the box. He looked to bend a shot into the bottom right corner but his goal-bound effort was blocked and cleared.

Mwandwe popped up again shortly after. Ryan Barnett curled in a free kick before Mwandwe collected it in the box. Twisting and turning he hit a low shot towards the bottom corner from 4 yards out, only to see it rebound out of the keeper’s legs.

Substitution: Millington was replaced by Brett Taylor in the 83rd.

Blackpool received a red card in the 83rd after a rash two-footed challenge on Kian Taylor in the middle of the park. The ref took his time to consider before showing Jack Newton a straight red.

Mwandwe was hungry for a winner and in the 87th minute, used his pace to get in down the left before chopping back past his man. He looked to shoot but couldn’t get enough power on the shot, seeing it cleared.

Town pushed on in the last few minutes. Kian Taylor played Ofori into a wide position in the box, Ofori did well to turn and cross, only to see it cleared for a corner.

In stoppage time, Mwandwe broke into the box looking to pull the trigger. He caught the shot well but could only find the side netting.

Jack Atkinson was pulled into late action in the 95th minute. Blackpool broke forward to create the chance, but Atkinson got down early to save a low shot.