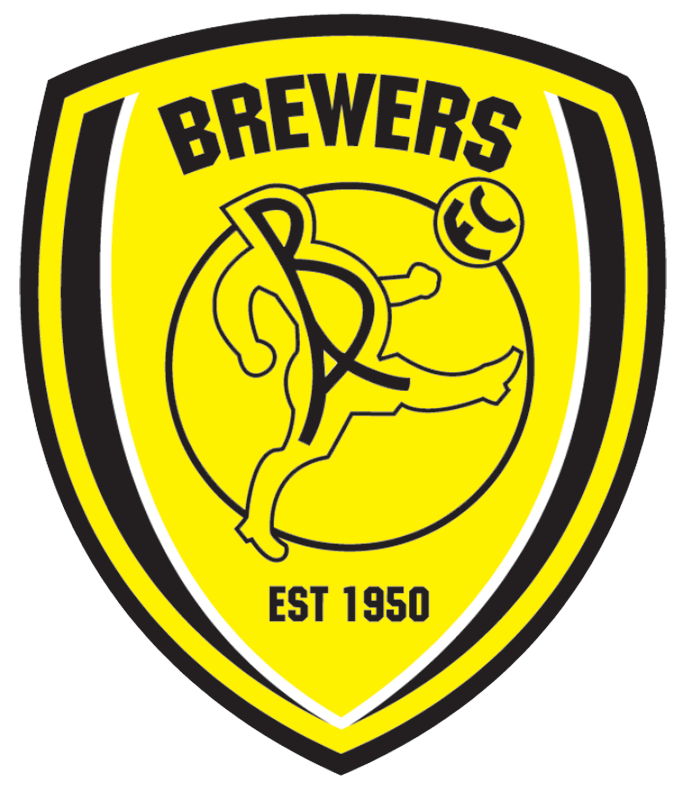 Town’s youth tasted cup defeat to Burton Albion on Tuesday. Town pushed forward from the start looking to take the lead early on. It wasn’t to be and despite Town creating several chances, Burton simply outscored the boys in blue and amber. Burton took the lead in the 19th after a short back pass put striker Harrison through on goal. Ryan Barnett pulled one back before the break for town, his left footed strike from the edge of the box found the back of the net. Burton took the lead again in the second half. A well hit strike from inside the box found the top corner in the 60th. Burton made it three in the 74th, a squared ball across the face presented them with a tap in at the far post. Town wouldn’t lie down, Agbozo stepped up to score from a corner making it 3-2 in the 76th. Burton scored again in the 82nd. A powerful header from a corner made it 4-2 to the hosts. Town kept going and almost go their reward. Reiss Corfield converted in the 87th to provide an exciting end to the game. Town couldn’t find another though and the game ended 4-3.

Kick Off:
Town fashioned the first chance of the game. Lifumpa Mwandwe did well to turn his man on the edge of the box before getting a tame left footed shot off. The keeper collected.

Burton earned a free kick on the edge of the box. It was swung in to a dangerous area in-between Gregory and his defence. Burton’s striker Harrison couldn’t meet the cross on the stretch.

Pushing forward, Burton then played some nice passes to work space of the left of the box. Winger Matthews did well to pull a low ball across the goal but Dan Walker got back to make a well-timed challenge before Cam Gregory collected.

Lifumpa Mwandwe took the ball wide before earning Salop a free kick on the right-hand side of the box. Ryan Barnett stepped up to take the set piece, Agbozo and Ofori rose but the ball sailed over them and Burton Cleared.

Shortly after, Ryan Barnett was forced to turn back on the right, playing a good pass to Harri Lovett in the middle of the park. Lovett picked his head up to play a floating ball over the top to set Dan Walker on the run down the left. Walker beat his man to play in the cross but couldn’t find his man and Burton cleared.

Breaking down the left, Captain Hutchinson played a dangerous ball across the box. Dan Walker initially did well to cut out the ball

Burton took the lead in the 19th minute. A short back pass from Huntbach put Harrison through on goal. He kept his cool to slot low past Gregory to put his side one up.

Town bounced back in their usual fighting fashion. Barnett wriggled his way into space in the box. His high shot towards the top left corner was tipped around the post for a corner. Barnett stepped up to take the corner and Huntbach rose well to meet it. His header dipped over the cross bar.

Burton on the counter working space again down the left-hand side. Playing a well-timed one two, Burton left back Hutchinson continued his run before slotting past Gregory. The referee has already blown for offside.

As town looked to equalise Reiss Corfield intercepted a Burton pass in their own half before finding Barnett. Barnett already has the picture in his head beaming a first-time ball to Mwandwe who held it up well with his back to goal before laying it to Kian Taylor on the edge of the box. Taylor dinked a delicate ball over the top of the back line to find Tyrone Ofori. The number nine turned before shooting but saw his low shot saved and cleared.

Struggling to break forward, Burton’s Ethan Vale hit a powerful strike on target from 35 yards. Cam Gregory was equal to it sprawling across his goal to make the save.

Burton came close shortly after. Braking through the middle striker Harrison let rip from the edge of the box. He saw his shot deflected wide for a corner. The corner was well place finding a Burton head before rebounding off the post as Town cleared to safety.

Before the end of the half, Barnett turned his man well on the edge of the box working the space to shoot.  His low shot was deflected past the keeper to give Town the equaliser in the 45th minute.

Town didn’t settle though, pushing forward to take the lead Ofori sprung down the right before forcing the challenge to earn his side a free-kick. Ryan Barnett whipped it across finding the head of Agbozo, who could only steer it high over the bar.

Second half:
As the second half got underway, Barnett linked up well with Mwandwe on the left-hand side of the box. Mwandwe rolled Barnett into a crossing position but Barnett’s weak foot let him down and the cross went out for a goal kick.

Josh Agbozo then played Reiss Corfield into space down the right before being clipped by a Burton player. The ref waved play on and Corfield pulled a dangerous ball across the box towards Tyrone Ofori. Burton reacted quickly to clear but only as far as Ryan Barnett, whose low first time shot was dragged wide left of the post.

Burton took the lead for a second time in the 60th minute. A free kick on the edge of the box bobbled to the feet of a Burton player who did well to place his shot into the top corner giving Cam Gregory no chance.

Salop looked to bounce back unleashing Corfield down the right. He did well to square a ball to Ofori in the middle of Burtons box but he was closed quickly and saw his low shot saved.

Burton earned a third after the sub. Working space with a nice one two down the right, the Burton winger squared the ball across the face of goal for a tap in. Jack Bromfield with the goal in the 74th minute.

Town hit straight back setting Corfield on a driving run down the right. Reiss did well to get to the ball before earning his side a corner.

Barnett whipped the original corner in finding its way to Lovett 5 yards out. Lovett turned a got a quick shot of but saw it deflected for a second corner. As the second corner came in to a similar area, Agbozo turned to shoot, beating the keeper and making it 3-2 in the 76th minute.

Town pushed on with Barnett breaking down the left on the counter before playing Turner through on goal. Turner rushed his shot, firing over the bar.

In the 82nd, Burton earned a corner. As the ball came in a Burton player rose to head the ball into the top corner to make it 4-2.

Town wouldn’t lie down and shortly after the goal Reiss Corfield made a powerful run down the left before hitting a dangerous volley towards goal. The ball looked to be dipping into the top corner but the keeper got a finger to it to tip it over.

Barnett then showed his class to make a skilful run through the middle. He looked to play in Turner but his ball was cut out by the last man.

Town earned a deep free kick in the 87th on the right-hand side of the pitch. As a low ball was played in Reiss Corfield managed to get the slightest of touches to see the ball curl into the bottom corner to make it 4-3.