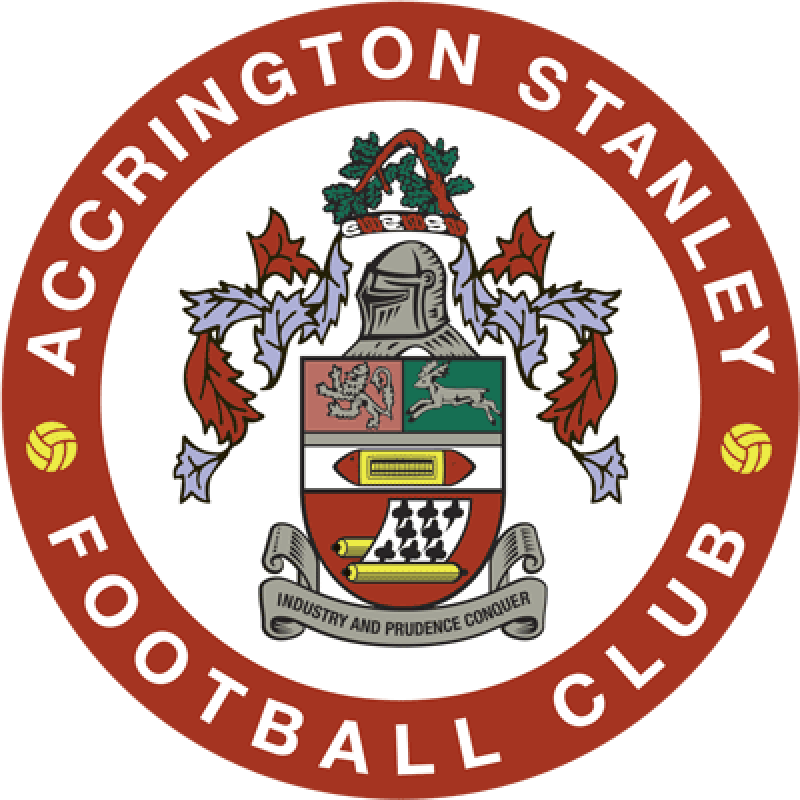 Town’s U18’s were held to a draw on Saturday, in a tough fought game against Accrington Stanley. Town were one down at half time after an early goal for Accrington Stanley’s striker Niall Watson. A strong second half saw Town equalise through Ethan O’Toole before taking the lead through Lifumpa Mwandwe in the 53rd. Stanley equalised against the run of play in the 65th, with a scrap for the ball in the box leading to a tap in. Accrington’s Tom Riley was sent off for an off the ball incident in the 88th. Town scored from the resulting free kick to make it 3-2, Harri Lovett volleyed home after Stanley failed to clear. In the final moments, Accrington pulled one back to equalise on the counter in added time.


Team News:
Cam Gregory remained in goal for Town. Shielis and Huntbach sat in central defence with Hartley to their right and Walker to their left. Agbozo and Taylor sat in midfield with Ethan O’Toole pressing at central attacking midfield. Reiss Corfield played on the right wing with captain Ryan Barnett on the left and Lifumpa Mwandwe up top.

Town looked sharp in the opening minute and were first to create a chance when Barnett strode into Stanley’s box before squaring to Corfield on the right side of the box. Corfield hit it first time, catching the shot well looking to place it the bottom left. Stanley had numbers behind the ball though and the shot was blocked off the line.

Stanley hit back immediately forcing a strong save from Cam Gregory from a close-range shot.

In the 5th minute, Stanley took the lead. Striker Niall Watson did well to head past Gregory after a well-placed cross from the right.

Town hit back in their usual fashion, Josh Agbozo picked up possession in the middle of the field before ploughing his way through two men before looking to slip O’Toole through on goal. Stanley’s defence was well organised and cut out the through ball.

Agbozo’s defiant run lifted Town after a tough first 20 minutes. Ryan Barnett came deep to receive the ball before turning his man and making a pacey run down the left. Arriving at the side of the box he looked to pull a low cross towards Mwandwe but it was blocked for a corner.

As Town pressed for an equaliser, Mwandwe picked up possession on the right. He twisted and turned past his man before curling in a cross. No one was there to meet it though and Stanley cleared.

In the 25th minute, Hartley and Corfield linked up well on the right to create a chance for Mwandwe. Receiving the ball Corfield delicately flicked it on to an overlapping Hartley. With space to invade, Hartley powered forward before finding Mwandwe in the middle, he was closed-down instantly and Stanley cleared.

With Town continued to push, Barnett was next to try his arm. Working the space on the edge of the box he looked to beat the keeper with a low driven shot to the bottom left corner. Savin did well to get down early and save it.

O’Toole then broke into the box after picking up a loose ball on the edge. He looked to pull a cross towards Mwandwe but Savin did well to hold it.

In the 36th, Corfield and O’Toole linked up beautifully on the right. Flicking one-two passes past their men, O’Toole then nutmegged his defender with a back heal to set Corfield on the run. Tearing up the space Corfield looked to cross, earning Town a corner.

From the Corner, Huntbach rose to meet it directing a powerful header just off target. Corfield then did well to direct a volley towards goal with his weak foot. His well hit strike glided over the bar, not far from the top corner.

As the end of the half approached, Corfield looked to play Mwandwe through on goal. The pass was perfect but strong defensive positioning from Stanley forced Mwandwe to take it wide. He layed it back to Hartley whose cross was cleared to safety.

Town pressed early in the second half looking for the equaliser. They didn’t wait long and in the 49th Mwandwe found O’Toole with space in the box. O’Toole kept his cool, slotting past Savin to make it 1-1.

The goal gave Salop confidence, in the 53rd Barnett played an excellent ball to set Mwandwe on the run down the left. Mwandwe charged forward skilling his man and dribbling past the keeper before converting his shot from a tight angle to make it 2-1.

Looking to kill the game Town pressed for another. Taylor found Barnett who shimmied to his right working the space to shoot. His curling effort towards the top right was tipped wide by a diving Savin.

The substitutions lead to multiple positional changes for town with Barnett moving to Centre attacking midfield, Corfield on the left wing, Mwandwe on the right and Ofori up top.

Accrington Stanley Equalised in the 65th minute. The goal came against the run of play as a scrap for the ball in Town’s box lead to a tap in for Stanley’s number 16.

After the restart, Stanley hit Town on the counter with four against two. Dan Walker recovered excellently to catch up with the man on the ball before making a well-timed sliding challenge to stop the danger.

Moving into the last 20 minutes, Town earned a free kick on the edge of the box. Barnett stepped up to swing an inviting ball across goal. Shielis rose highest to meet it but failed to do so and Stanley cleared to the edge of the box. Picking up the ball, Barnett looked to hit a low shot from range but a crowded box saw it blocked and cleared.

Shortly after, Ofori spun his man wide left of the box before playing a paced ball towards Mwandwe in the middle. Mwandwe hit it first time, catching the shot perfectly but his effort rebounded off the post before being cleared.

As the end of the game drew closer, Town continued to dominate looking for a winner. Barnett made a twisting run from the half way line to the edge of the box before seemingly slipping Kian Taylor through on goal. The linesman raised his flag though giving a tight offside.

Corfield then showed his class, turning his man to work the space to cross on the left. He found Ofori in the middle who controlled well before pulling the trigger. He was pounced on by Stanley’s defence and the ball was cleared before he connected.

Stanley’s Tom Riley got sent off in the 88th minute after an off the ball incident which left Harri Lovett on the floor near the half way line.

From the resulting free kick, Harri Lovett popped up in the box to volley home a cracking strike to make it 3-2. The ball fell perfectly for Lovett just inside the box who put his foot through it finding the top left corner. The goal came in the 90th minute and looked to be the winner Town had been looking for.

Town almost sealed the win a minute later. Reiss Corfield played Dan Walker down the left with a well-timed ball, Walker found Ofori in the middle with the cross. Ofori’s glancing header fell just wide of the post.

Disaster struck for Town in the 93rd minute when a Stanley counter attack exposed the defence. Precise passing in the build-up lead to a free shot for the Stanley attacker, which he converted to make it 3-3.