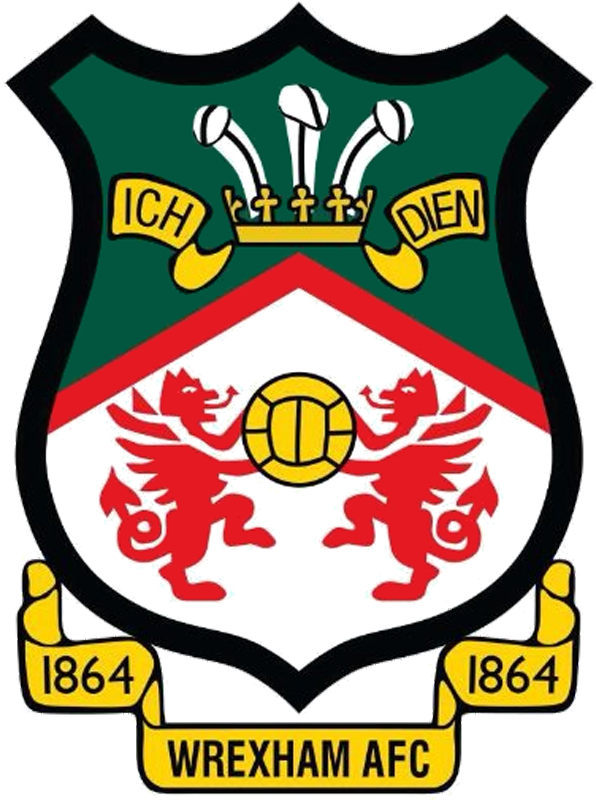 Town’s U18’s tasted defeat on a sunny Saturday morning at the Montgomery Waters Meadow. Despite Salop’s high possession and creating numerous chances, the academy found themselves one down at the break after a short back pass presented Wrexham with the opportunity to take the lead. Town looked certain to level in the first half but found themselves two behind after five minutes. A squared ball from close range resulted in a tap in as Wrexham doubled their lead. Town pressed on and gave their all in search of an elusive goal. It wasn’t to be though, Wrexham scored a third against the run of play with a well-placed shot into the top corner.

Team News:
Cam Gregory returned for the U18’s after tasting life with the first time in their 3-2 win over Coventry on Tuesday night. He was an unused sub as Salop travelled to the Ricoh Arena, the experience will serve him well. Ryan Huntbach replaced Tom Davies at the back. Josh Agbozo also returned after suspension ruled him out of last weekend, in the place of Jack Leask. Tyrone Ofori came in up top to replace an injured Charley Higgs.

From the off Town looked to hold on to the ball and patiently wait for the opportunity to play forward. The tactics worked, drawing Wrexham forward and opening up space in-between the midfield and defence.

Agbozo used this to his advantage in the fifth, coming deep to receive the ball before turning and finding Barnett in the space. As Barnett turned he did well to see the forward run of Mwandwe slipping the ball through the back line to find him. Mwandwe, through on the keeper, was quick to pull the trigger but saw his shot save by Rigby.

After the chance, Towns patience was rudely interrupted as a Walsall attacker picked up on a short back pass to Cam Gregory. The striker used his pace to get to the ball before slotting past Gregory who did his best to close him down. The goal coming in the 8th minute.

Dissatisfied, Town pressed on immediately after the kick off. Ryan Barnett played a low corner towards Lovett with space on the right side of the box. Lovett hit it first time on the stretch, seeing the ball rise over the bar.

Reiss Corfield was no stranger to a forward run. He created the next chance in the 14th by making an intelligent run into space on the right. Lovett picked his head up to find him with a high ball. Corfield controlled with his knee before whipping a dangerous ball into the box into the path of Taylor. Tylor squared to Mwandwe was closed down quickly and put his shot just wide.
In the 18th, Corfield picked up a loose ball 30 yards from goal. He went for the spectacular, hitting a swerving effort across goal towards the top left corner. The keeper shifted well to tip it over.

Wrexham were next to work a chance, a deep cross from the left bounced awkwardly in the box as town tried to deal with it. The ball bobbled through to McGregor, who sliced his chance wide.

Lovett, occupying the space in front of the back four, picked his head up to play a floating ball over the top to set Mwandwe on the run. Mwandwe used his pace to meet the ball, taking it in his stride before squaring towards Ofori in the middle. Ofori was tightly marked and Wrexham did well to cut out the ball and clear.

Ofori was next to create a chance in a free-flowing Salop attack. He dinked a delicate ball to Barnett in the box, Barnett fired just over the bar.

Working through the middle Agbozo found Barnett on the right of the box. Barnett shimmied to the left before curling a paced shot with his left towards the top left corner. Rigby was having a strong game in goal for Wrexham and sprung quickly to get a hand to the shot and tip it over the bar.

As the end of the half doomed, Town continued to dominate possession whilst searching for an elusive equaliser. Mwandwe twisted on the edge of the box to draw a foul in the last minute. Barnett whipped a well place ball across the penalty spot, drawing the keeper off his line. Rigby went down earning Wrexham a free kick and alleviating the danger.

Town looked to start the second half in the same way as the first, patiently keeping possession. Wrexham were first to fashion a chance though in the 50th minute. Breaking free on the right-hand side of the box they squared the ball across the face of goal for a tap in, doubling their lead in the process.

Town hit straight back, Barnett played a nice one two with Ofori on the edge of the box. The two had linked well throughout with Ofori happy to come short. Barnett shot quickly on the return but Rigby did well to hold the ball.

In the 53rd, Barnett played a dangerous free kick across the box from the right. Agbozo rose well and looked certain to meet it, just missing the ball by a hair.

Corfield was next to whip a ball in. Ploughing down the right he crossed to Ofori, who did well to trap the ball mid-air. Ofori then spun his defender before firing a shot over the bar.

Substitution (60): Tyrone Ofori made way for Jermaine Turner up top.

Wrexham got a third in 65th minute. Against the run of play, Wrexham’s striker picked up the ball inside the box before turning and curling a shot into the top corner.

On the restart, Corfield set off on a run down the right flank. Shielis picked up his head to play a driven ball over the top to find him. Corfield controlled well before knocking the ball around the left back, being fouled in the process.

From the resulting free kick, Barnett stepped up to play another well-placed cross towards the spot. Shielis rose to meet the cross but couldn’t get enough on it to steer to goal bound.

After the sub, Mwandwe found Turner with space in the box. Turner looked to take a touch and shoot but the touch took it away from him and Wrexham cleared.

Substitution (88): Harri Lovett was replaced by Jack Leask in the middle.

Dan Walker broke down the left before curling a cross towards Mwandwe and Shielis. The pair found themselves two on one in the air, a thunderous header rebounding kindly off the crossbar for Wrexham to clear.

Town sprung alive in the last few minutes. In the 90th, Barnett found the space to cross, bending a ball towards Shielis. Christos did well to get the shot off, seeing it blocked on the line and fumbled away for a corner.

Taylor whipped the corner in from the left. He’d ran tirelessly all game but still found the composure to find Shielis. He made a good connection but saw header rose over the bar.