The U11s have performed extremely well in the U11 tournament, both in the regional and national competition.

They first played in the regional tournament at Stockport, getting through to the semi finals and then beating Crewe on penalties.

In the final they played Burnley, having a fast start and going 1-0 up early in the game. In the last moments of the game they conceded which took the game into extra time and then penalties. Unfortunately, this time, they weren't so lucky in the penalty shoot out.

Although the players were disappointed that they had lost in the final, they were happy knowing they had competed so well and won a number of games against some big clubs. 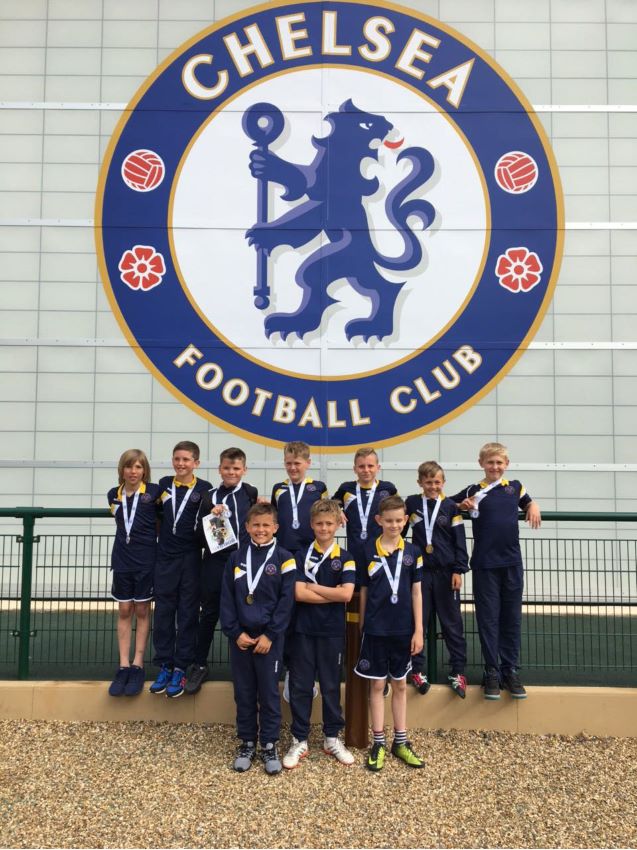 As we were runners up in the regional, we were then invited to Chelsea's training ground at Cobham to compete in the Cobham Cup Grand Finale part of the competition.

The players did well on the day, especially being drawn in Chelsea's group. In the end they finished third, going through to the runners up competition. After a long day and with a number of injuries to the team, they did really well to win the semi final game but couldn't quite win the last game of the day, losing in the final.

Overall, the boys have done so well in this competition, showing what a strong group of players this is. The coaches, Phil Edwards and Dave Davies said after the games at Cobham "It was a really enjoyable day, the boys did the club proud".