Shrewsbury Town see their so far perfect run in pre-season come to an end as they fall to defeat against League Two side Walsall.

In the early exchanges of the match, Town came out of the blocks giving the visitors little time to string a line of passes together. Captain, Dave Edwards looked the most likely to inspire the early Town press as he continued his ever so important box to box role in the middle.

A weaving run from Walsall full-back Cameron Norman resulted in the first real chance of the game as he saw his shot blocked confidently at the near post by Town number 1 Harry Burgoyne.

Shortly after, Norman created another big chance for the visitors as his through ball allowed Walsall forward Elijah Adebayo to poke it past oncoming Burgoyne, but his effort rolled narrowly wide of the far post.

The first chance for Town from open play came after 22 minutes when Shaun Whalley threaded through a ball to Daniel Udoh who was able to set Vela for the shot, but the rushing Walsall defenders closed the angle quickly and forced a corner.

Another Town effort as they started to grow into the match, Udoh latched on to a long goal kick from Burgoyne and was able to touch and strike low giving Walsall keeper Liam Roberts his first stop to make.

Taking up his new role in the right of a front free gives Jason Cummings freedom to cut inside and strike with his left, in the space of a few minutes the town forward did just that as he swerved inside twice, frustratingly curling both efforts wide.

Town looked the more likely to break the deadlock before the half time break as they started to relax on the ball and aimed to work it from back to front with new signing Scott High as the main outlet.

Town made one change going into the second 45 as new signing Rekeil Pyke replaced Cummings, this resulted in a change of shape for the hosts as they go from a 4-3-3 to a 4-2-3-1.

The first chance of the half came for the away side as they hung a ball into the Town box and new permanent signing Rory Holden headed over.

Both teams looked to build up the tempo as the half progressed, Donald Love looked to threaten with some trademark whips deep into the Walsall area but to no avail.

With half an hour to go, Ricketts decided to shape things up for the home side in their pursuit of an opener giving Sean Goss, James Rowland, Ryan Sears, Ethan Ebanks-Landell, Ryan Barnett, Brad Walker and youth player Louis Lloyd a runout.

First real opening of the half came after 70 minutes as substitute Brad Walker played a defence-splitting pass for Love’s who crosses low and hard into the clutch of Walsall keeper Gregory.

The chance created by Walker livened up the hosts as their pressing was with more numbers and with a lot more attacking intent. Spaced opened on the edge of the area for Sean Goss to release an effort from range that called Gregory into action again, who forced a corner.

The opening goal came in the 81st minute as the visitors worked the ball well down the left and cutting back to Caolan Lavery who put it on a plate for Liam Kinsella who slotted in the roof of the Town net.

Another solid test this preseason for Rickett’s men who for parts of the game were in full control and respectfully gave a run out for several youth players. However, they, unfortunately, fell to defeat against Walsall. 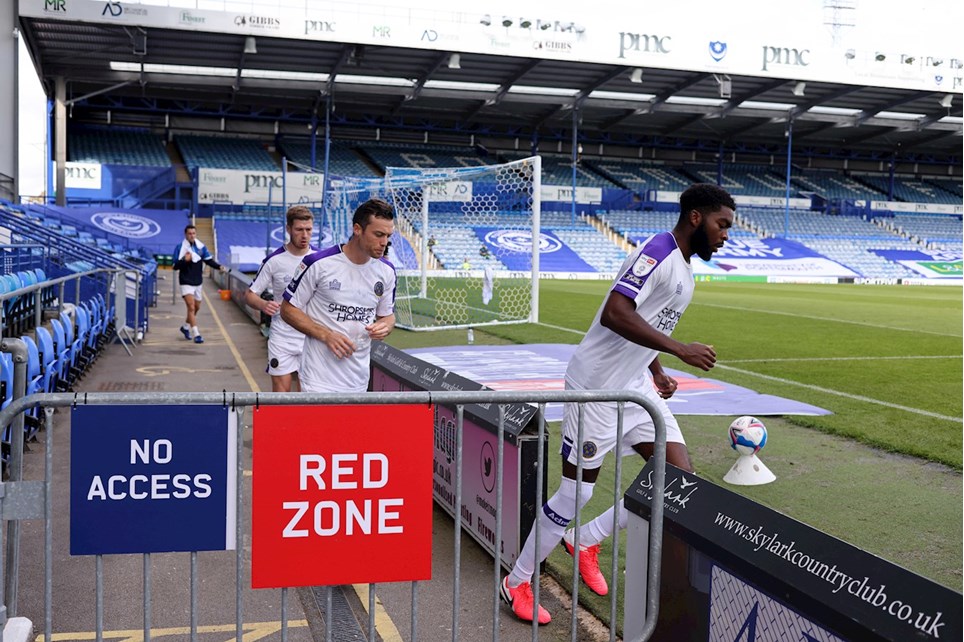 
A selection of photos from Town's opening Sky Bet League One game of the 20/21 season. 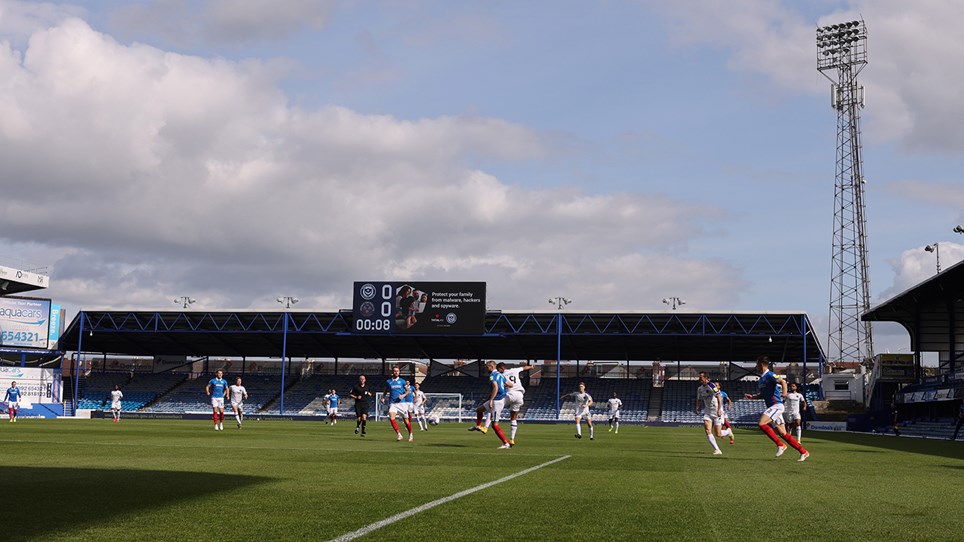 
Town earn an opening day point on the road against Kenny Jackett's Portsmouth. 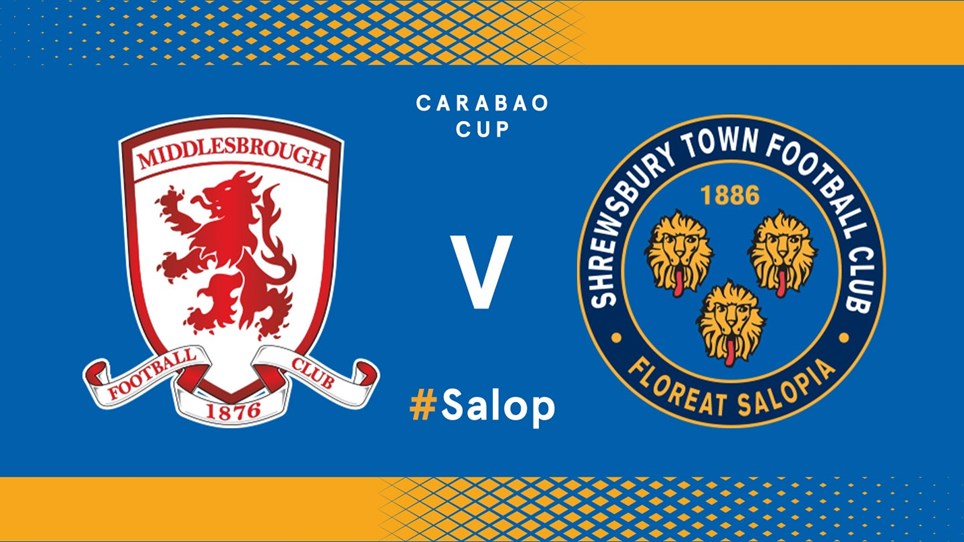 
Shrewsbury Town bow out of the Carabao Cup. 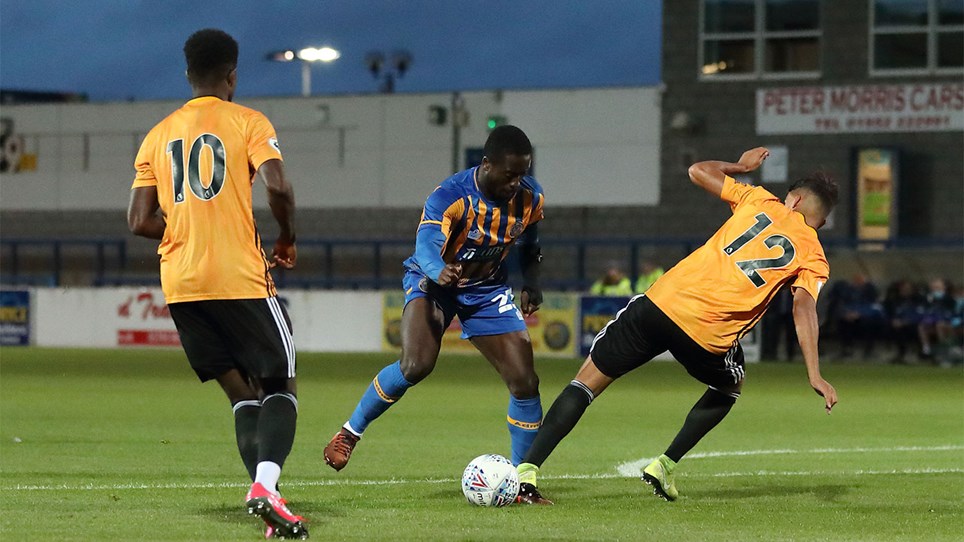