Wigan Athletic have had a difficult start to their Sky Bet League One season and currently sit 23rd in the league table. The Latics have secured four wins this season but have been on the wrong side of 11 defeats.

In their last five league fixtures, the hosts have doubled their win tally for the season with two wins, two losses, and one draw - an improvement on their recent form. Despite not achieving desired wins, the home side have a number of key players who Salop will have to keep tabs on in order to achieve a result. Take a closer look below at their season and some of their key threats on the grass.

Read Steve Cotterill's thoughts ahead of the Boxing day tie...

In January 2012, Richardson became the caretaker manager of Accrington Stanley, after John Coleman departed to join Rochdale. On 30 April 2013, it was announced that Richardson had left Accrington in order to reunite with Paul Cook, becoming his new assistant manager at Chesterfield.

On 31 May 2017, Richardson followed Paul Cook to Wigan Athletic, once again acting as his assistant manager.

With Wigan in administration, Cook resigned on 4 August 2020, with Richardson being appointed to take charge of training duties until further notice.[14] He was named caretaker again three months later after John Sheridan left for Swindon Town.

Jones is an experienced goalkeeper between the Latics posts and is now in his fourth season at the DW Stadium after signing a new two-year deal with the club in the summer of 2019.

Liverpool-born, Jones arrived at Latics in August 2017 after his contract at Stevenage ended. An excellent shot-stopper who commands his box well, Jones boasts over 300 career appearances and has produced a number of excellent performances during his spell with Latics, helping the club to the League One title and Championship survival in his first two seasons with the club. 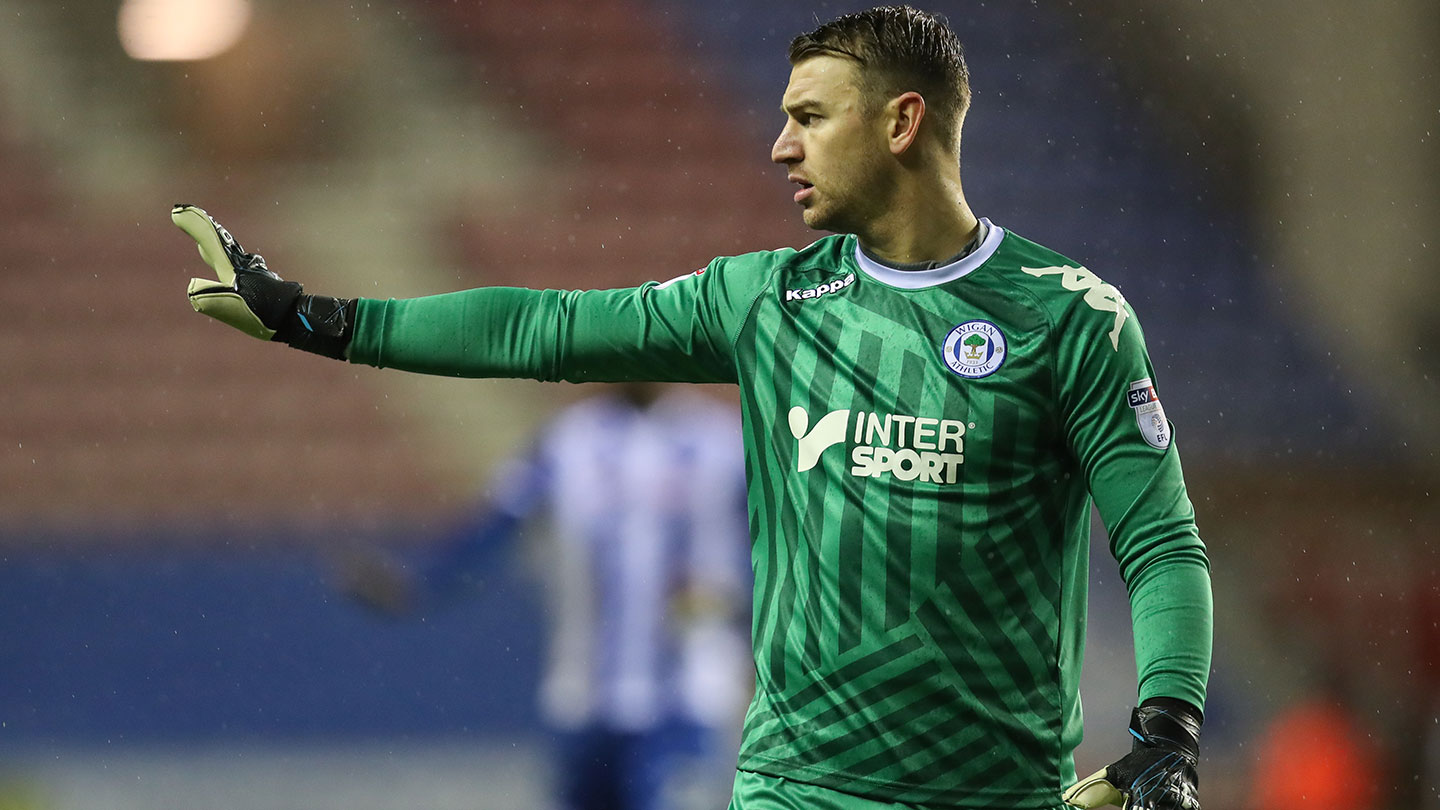 Defender, Curtis Tilt joined Latics on a loan deal this summer from Rotherham United, to run initially until January 2021. Tilt’s career path into league football was quite unique as he was plucked from amateur football to play in non-league for Halesowen Town and Hednesford Town in 2015. Later in the same year, Tilt joined AFC Telford United, where he impressed enough in the National League North to earn a move to National League Wrexham ahead of the 2016-17 season. A loan spell with Forest Green Rovers followed before Tilt was signed by Blackpool in the summer of 2017.

Tilt played over 100 first teams and attracted the interest of a few Championship clubs, including Latics. Tilt made the move to fellow League One side Rotherham United in January 2020, though he made just one appearance for the Millers before the COVID-19 outbreak curtailed the 2019-20 season.

Winger Viv Solomon-Otabor arrived at the DW Stadium on a short-term deal this summer after a spell in Bulgaria with CSKA Sofia. A former Crystal Palace and Birmingham City youngster, Solomon-Otabor made his EFL debut at the age of 19 in a Championship clash between the Blues and Nottingham Forest. After a brief loan spell with Bolton Wanderers in 2017, he joined Blackpool on a season-long loan for the 2017-18 season and enjoyed success at Bloomfield Road, playing in all but two league games for the Tangerines before returning to St. Andrew’s.

In the summer of 2019, he opted to move to Bulgaria with CSKA Sofia, who were involved in the 2019-20 UEFA Europa League.

Experienced EFL striker who is now in his third season at Latics after his move from Ipswich Town in 2018. Joe Garner has an EFL career spanning 14 years and boasts a record of over 100 league goals. He started his career with hometown club Blackburn Rovers but actually made his league debut with Carlisle United, initially as a loan player before moving to Brunton Park permanently.

The goals flew in during Garner's stay in Cumbria and he moved to Nottingham Forest in 2008, spending three years at the City Ground albeit some of that time was spent on loan at Huddersfield Town and Scunthorpe United. Garner moved to Watford in a permanent deal in 2011 but struggled to play regular football and, after a return to Carlisle on loan, he switched to Preston North End in 2013. The striker settled at Deepdale and spent over three years with the club, scoring 57 goals in that time before moving to Ipswich Town. After a year with Ipswich Town, Garner moved to the DW on Transfer Deadline Day in August 2018 and added eight goals in his debut campaign with the club. 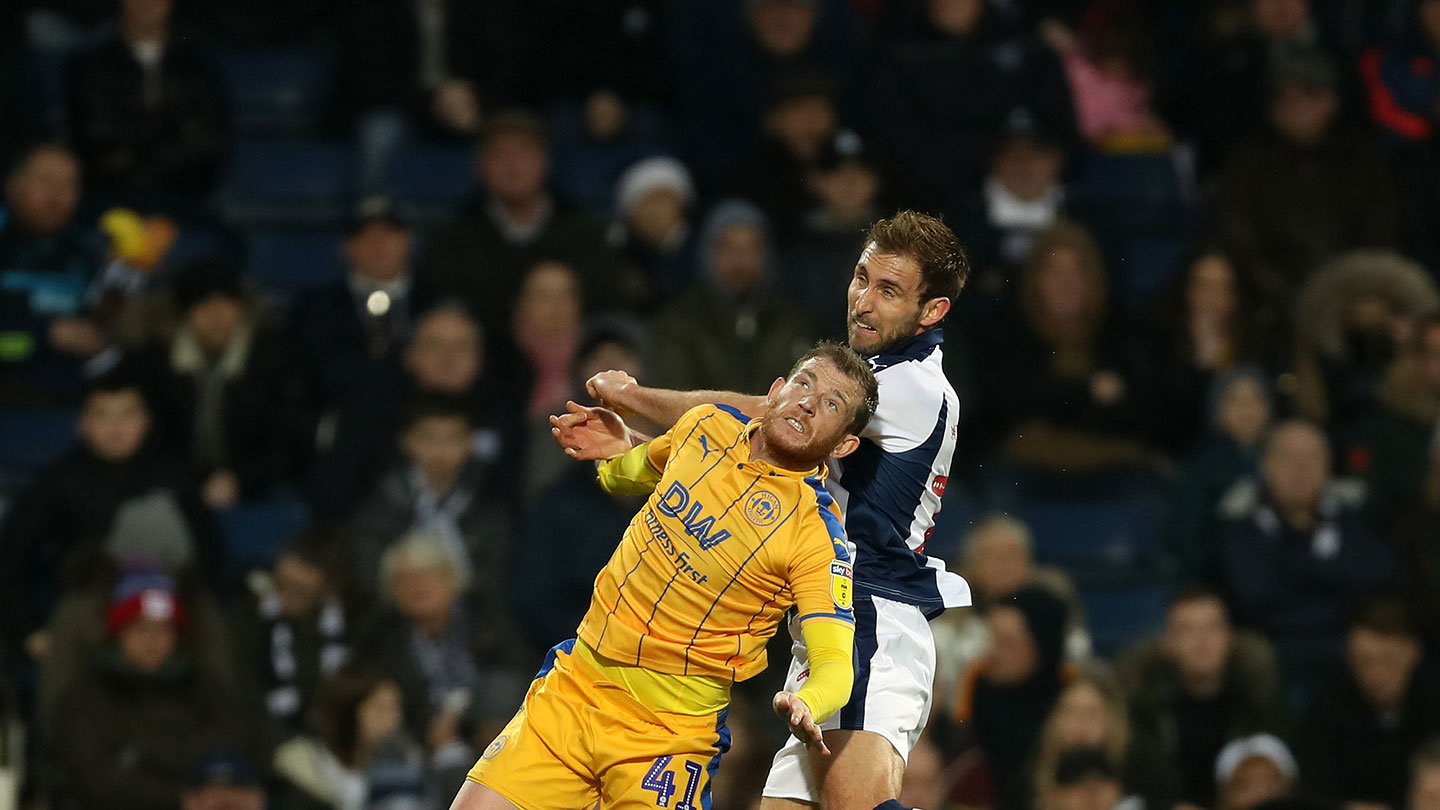