Shrewsbury Town are on the road again this weekend as Salop face Cambridge United in the first round of the Emirates FA Cup.

Town will be looking to continue their impressive Emirates FA Cup record with a win over the U’s as the Shrews look to progress into the next round.

Town forward Jason Cummings is looking forward to the tie and hopes Salop can reach further rounds of the competition.

On drawing Cambridge in the FA Cup:

“My first thoughts were that it is going to be a hard game. They are up there in the League Two table and we need to go in with the right attitude to get the result.

“Everyone talks about the glamour ties in the later rounds but we need to get through these games if we want to get to those big games."

On why he has thrived in the FA Cup in recent seasons:

“It’s an amazing competition because if you get into the later rounds you can get a big tie like we did last year with Liverpool - that was a special night for me and the club. It was one of the best games I have ever played in. 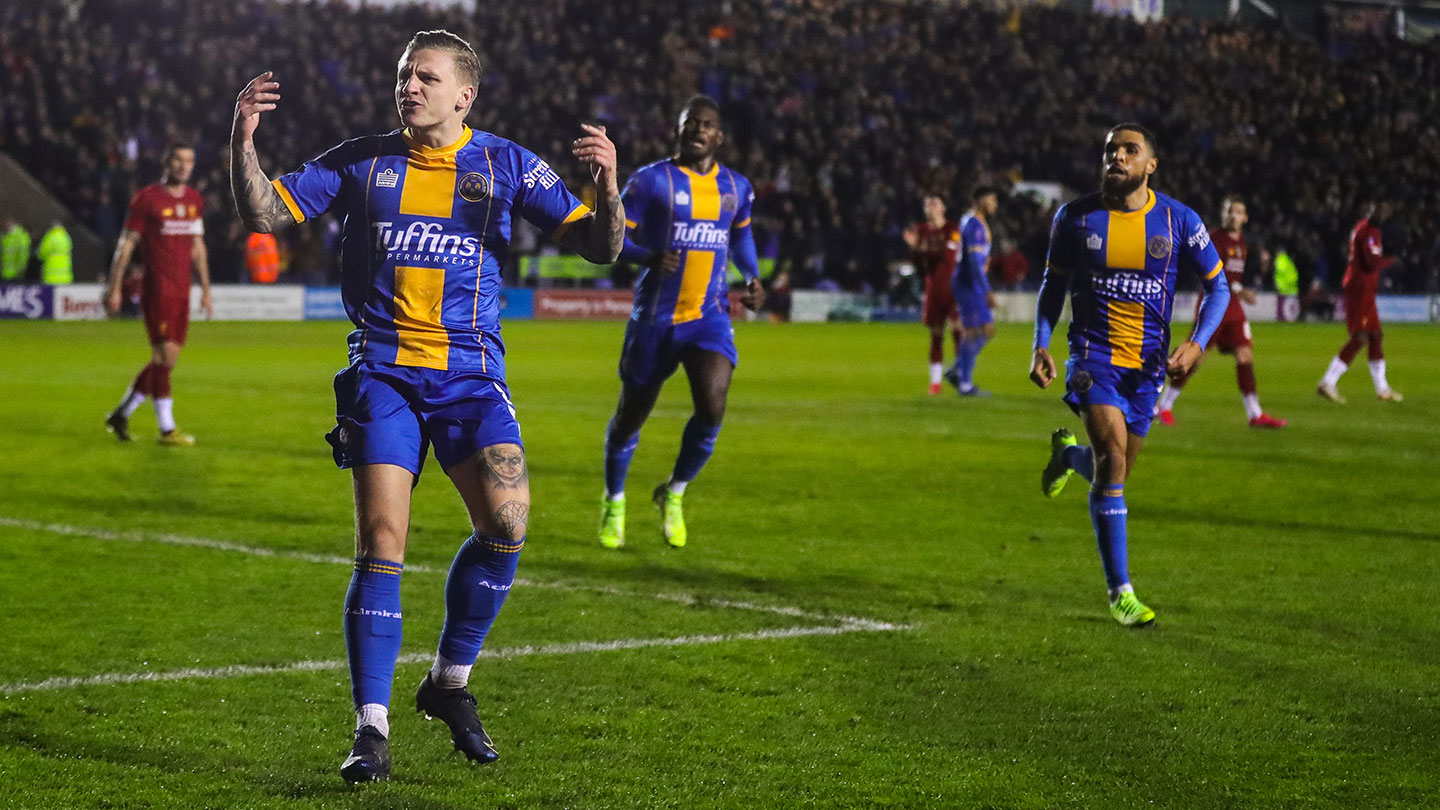 “You want the fans there. They help you massively, especially at home. Football is nothing without fans and this year has made it clearer.

“We need to pick up more points in the league and that’s our main focus but it is quite refreshing for the boys to go into the FA Cup to try and go on a bit of run.

“We want to get results for the collective and everybody at this club - as well as ourselves - so hopefully we can do that."

Purchase your match pass by clicking the banner below...