Town earn a point on the road against MK Dons.

An early goal in each half for the Shrews wasn’t enough for Town to secure a win on the road against MK Dons.

Despite Salop gaining a deserved two-goal lead, the Dons pulled two back in the second half to earn a point.

Town’s afternoon in Milton Keynes got off to the perfect start with the Shrews stunning the home side with a lightning-fast goal. Shaun Whalley got on the end of a through ball with one minute on the clock and managed to guide an effort into the top corner of the net to give Salop an early lead on his 200th appearance.

Salop had a golden opportunity to double that lead just six minutes later. Josh Vela delivered a driven cross into the box but neither Scott High or Whalley were able to make a connection with the ball.

It was Sam Ricketts’ men who looked most dangerous on the break. Marc Pugh and Matt Millar were the two on the flanks who continually caused problems going forward for the Dons’ defenders.

Whalley found the net again shortly before half time but the offside flag was raised. The forward got on the end of a driven cross from David Edwards but Darren Drysdale and his assistants disallowed the goal.

A similar situation arose with seconds left in the half. This time, Marc Pugh put the ball in the net but the flag was raised despite the winger looking onside.

Town started the second half in a similar fashion to the first having netted early on. Whalley turned provider and crossed the ball across the box for Pugh to tap in from close range to double the Salop lead.

The next chance of the game came the way of the Dons as former Salop striker Carlton Morris capitalised on a loose ball in the box and tapped home from close range to half Town’s lead.

The Dons went one better with 20 minutes left to go. Cameron Jerome found himself through on goal and calmly slotted home into the corner of the Salop net to pull level.

The game came to an end with the points being shared at Stadium MK. 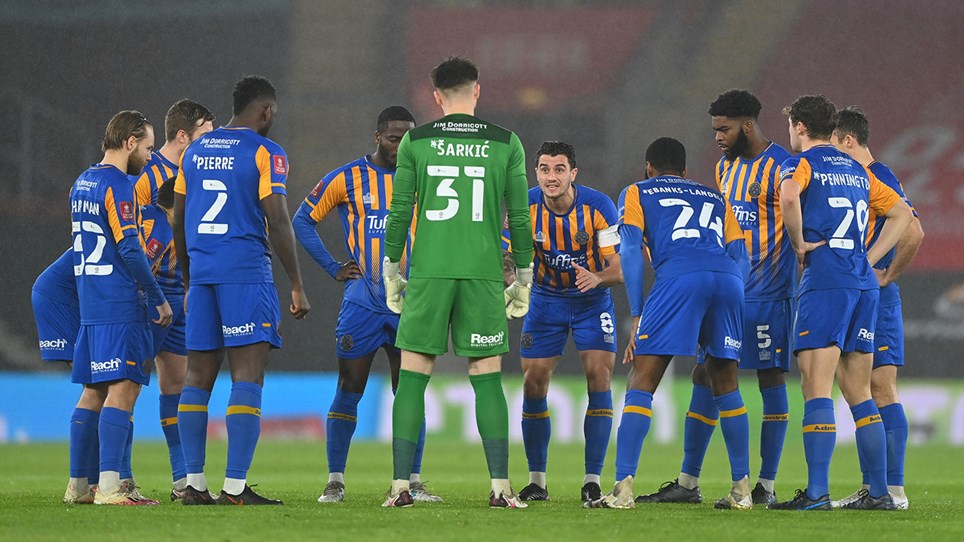 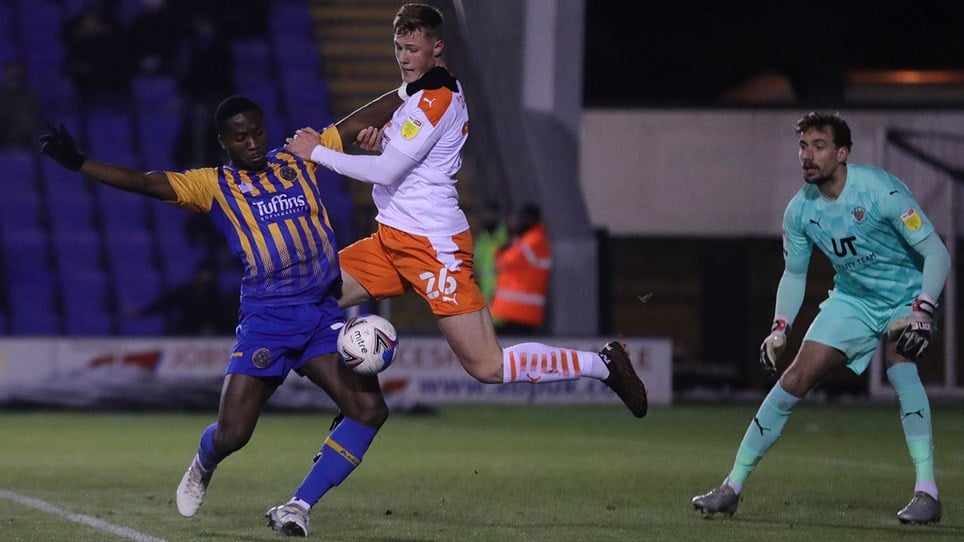 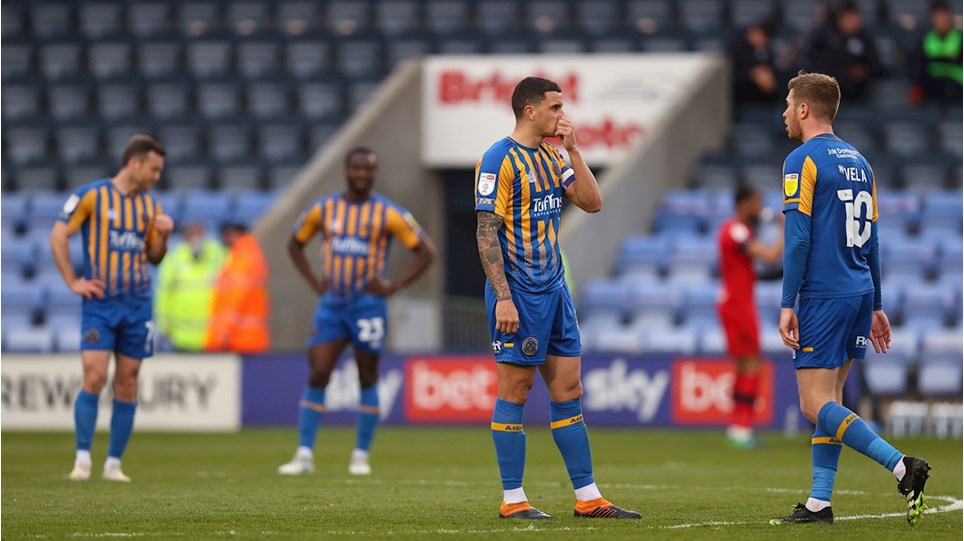 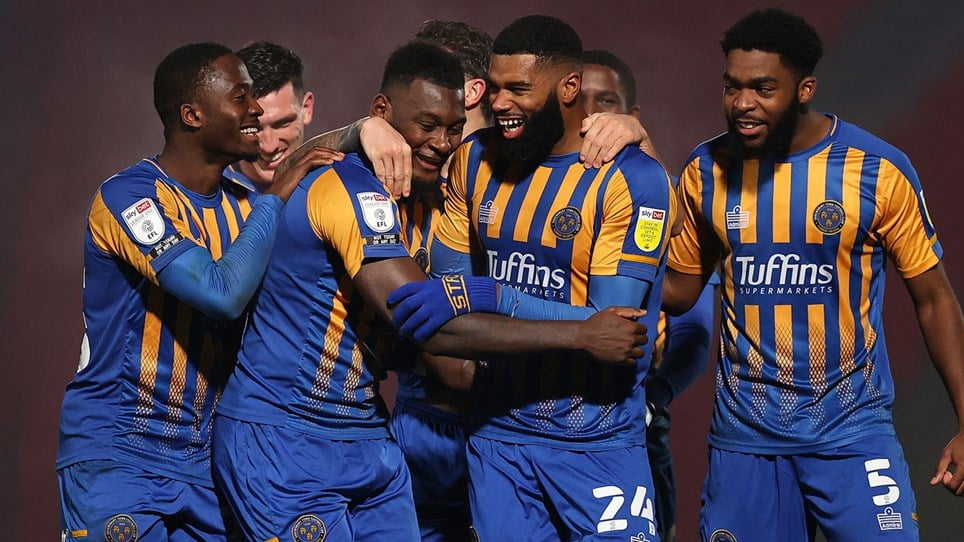