Town are back at home for a Sky Bet League One clash against Rochdale in the seventh game of the 2020/21 campaign.

Town made headway on the play-off places with a hugely important win over Rochdale moving Salop up to 7th in the League Two table, Rochdale remained 15th.

The first-half was very nervy affair, seeing the deadlock unbroken after 45 minutes. Gary Peter’s gave a motivational team-talk during the break as the Town side came out in electric fashion, hunting for the crucial three points.

They managed to break the deadlock after just three minutes of the second half. Leo Fortune-West latched onto a through ball from Ben Davies and was able to slot home past Matt Gilks in the Rochdale net.

Dave Edwards added to his season tally with the second for Shrews on the 65th minute as he was alive from a corner crossed in by Stewart Drummond and sent it in off the far post.

Drummond wasn’t done with getting involved in the Salop attack, provider turned scorer as he was free at the far post after a well-worked Town move and was able to bend the ball into the far corner of the Rochdale goal, granting Town the three points.

Ollie Norburn and Fejiri Okenabirhie were the pair on hand to give Town the goals, which earned their side three points and was the second time in two visits that Shrews had won 3-2 against Rochdale.

On the half-hour mark, Town were awarded a penalty as Sam Hart brought down Okenabirhie from behind. Norburn was the player who put the ball down on the spot, and the midfielder tucked away his penalty into the bottom left corner to give Town the lead.

After a good passing move, the visitors managed to pull a goal back. Brad Inman was the recipient of a good pass, which saw him through on goal and the striker curled the ball into the goal - to bring the score level on the stroke of half-time.

After a period of pressure the Dale managed to take the lead through Jordan Williams in the 58th minute. The Dale player was dealt some good fortune when the ball fell to him on the box. Still with a lot to do, Williams lashed a driven shot into the back of the net from just inside the box.

Just a minute later Town found that equaliser through Okenabirhie. Laurent slipped a wonderful ball through the Dale back line and Okenabirhie smartly finished into the corner of the net for his first League One goal – making the score 2-2.

After sustained pressure Town took the lead through Norburn in the 71st minute. The midfielder played a smart one-two with Aaron Amadi-Holloway, which gave him half a yard of space. The midfielder let off a powerful shot, which deflected into the Dale goal. 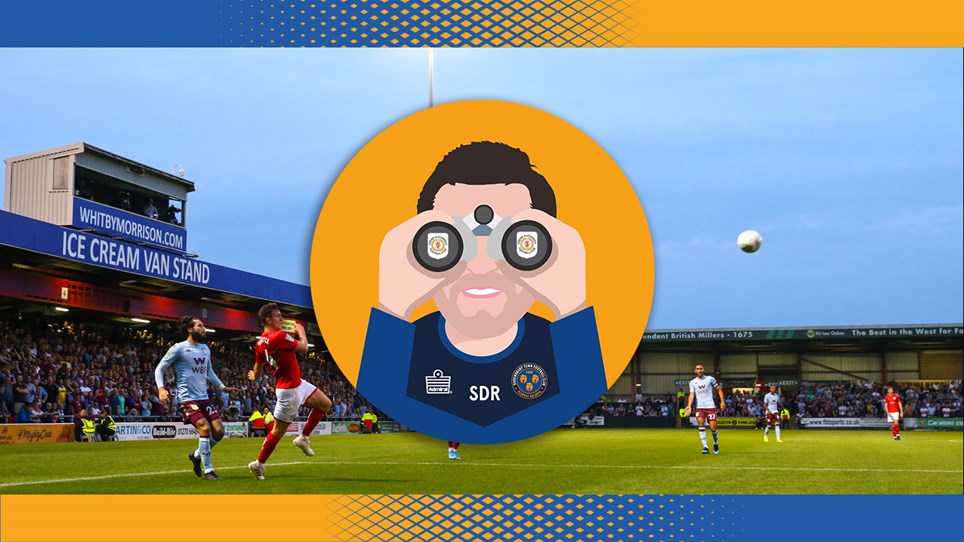