Take a closer look at this weekend's opposition - Peterborough United.

Peterborough United have enjoyed a solid start to their Sky Bet League One season, having achieved six wins from nine – with only one draw and two losses. A points return that sees the Posh sitting in 4th position.

Darren Ferguson’s men have picked up some impressive wins so far during the 2020/21 campaign. Notable victories have come against former Premier League sides Hull City and Wigan Athletic – both away from home.

The home side come into the game off the back of a 2-2 draw with Burton Albion at the London Road stadium. Jonson Clarke-Harris and Joe Ward continued their impressive starts to the season with the duo both netting for the Posh.

Read Town Manager, Sam Ricketts' thoughts ahead of the fixture...

Darren Ferguson is in his third spell as the Peterborough United Manager having first taken the reigns at the London Road Stadium in 2007. His second spell in charge came in 2011 - a stretch that lasted until 2015.

A move to Doncaster Rovers came the same year but Ferguson made it a hat trick of managerial appointments with the Posh in 2019. His time in Cambridgeshire has been laden with success having won the following honours: 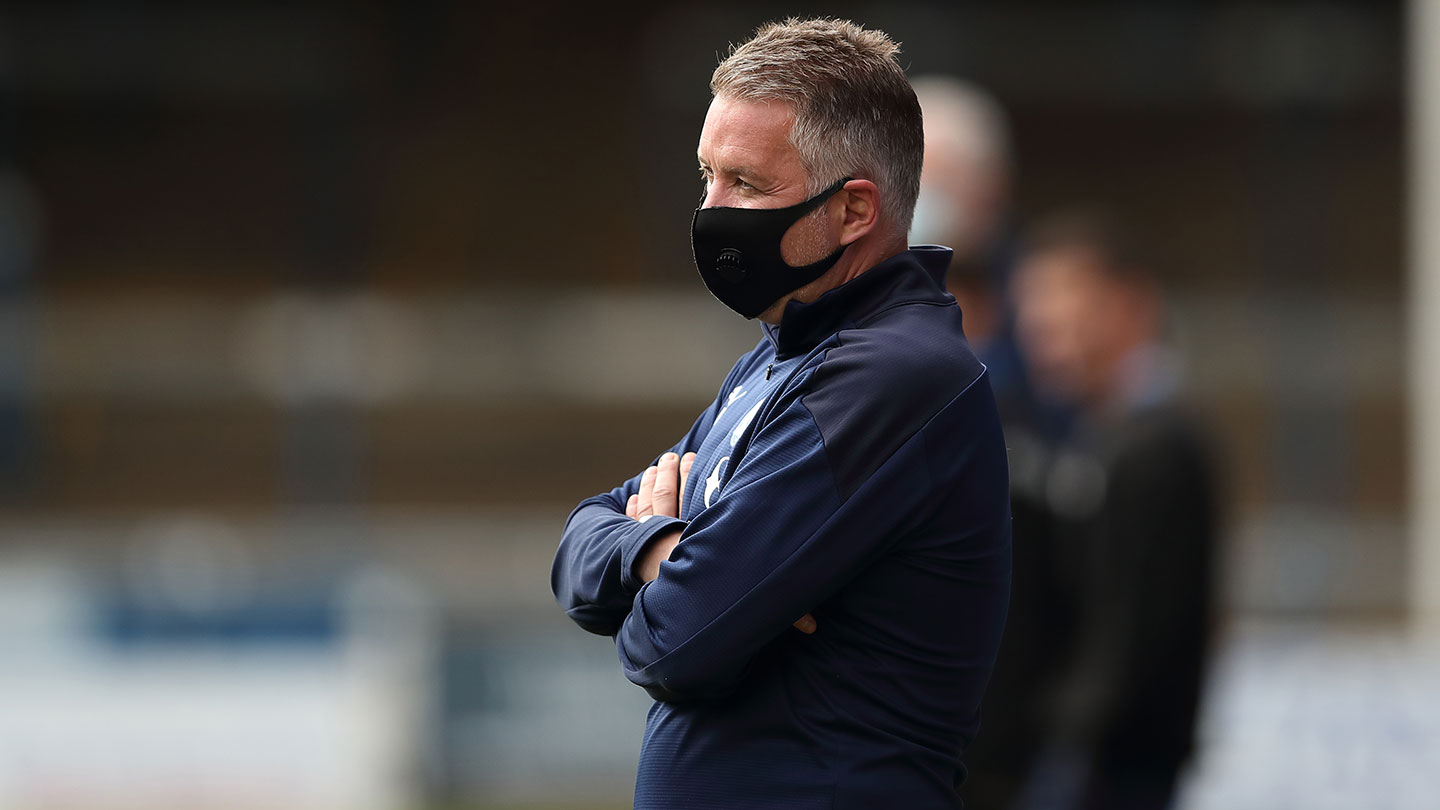 Prior to this, he made 127 appearances in seven years for Exeter having come through their youth system in 2012. Pym was involved in two consecutive League Two play-off final defeats in the 16/17 and 17/18 seasons before making the step up to League One last season.

Mark Beevers enters his second season at the club after making 32 appearances in all competitions last season.

The 30-year-old started his career at Sheffield Wednesday in 2007 spending six years and making 140 appearances for the club whilst also having loan spells at Milton Keynes Dons and Millwall. He then joined the latter in 2013 spending three years at the club before making a move back up north to Bolton in 2016.

In his first season at Bolton, he was included in the team of the season as they were promoted back to the Championship. Beevers joined the Posh on a three-year contract in May 2019 after his Bolton contract expired and is the current club captain.

25-year-old right midfielder/winger, Joe Ward, is entering his third year with the Posh. Ward started his career at Chelmsford City, featuring in the youth sides before several loan spells that led him to National League club Woking. Ward was signed by Peterborough in 2018 from Woking as he impressed against the Posh in the second round of The FA Cup in 2017 scoring the equaliser as Woking took the tie to a replay.

Ward has had an impressive start to his season. From midfield, Ward has managed to notch two goals for his team as well as registering five assists in just nine games.

26-year-old striker, Jonson Clarke-Harris, joined the club for an undisclosed fee this summer from fellow League One side Bristol Rovers.

This will be his second spell at the club after joining from Coventry City back in 2012 but the forward did not make a first-team appearance before he was sold to Oldham in 2013. Last season, after signing for Bristol Rovers in January 2019, he made 35 appearances scoring 16 times.

Clarke-Harris has enjoyed a stellar start to his season having netted five times for Posh in league competition. The forward has also registered one assist for his team.