Town earn a point on the road against Plymouth Argyle.

Shrewsbury Town’s afternoon in Plymouth ended with the Shrews taking home a point due to Josh Vela’s first-half goal.

Despite numerous chances for both teams, neither were able to break the deadlock to earn all three points.

Town started the game brightly and had the better of play within the opening 10 minutes of the first whistle. Town looked threatening on the break and pressure finally told in the 14th minute. Josh Vela, notching his first for the club, smashed the ball towards goal as his effort took a kind deflection into the back of the net.

Matija Sarkic was enjoying a relatively quiet game in the sticks thanks to a resolute Town defence. However, Town’s shot-stopper was called into action just after the 20-minute mark. Dom Telford broke through the Town defence but Sarkic was well placed to comfortably save the driven shot.

Seconds later, the Salop number 31 made a double save from close range to keep his side in the lead. Two shots from yards out looked certain to bring the score level but Town were able to stand firm and protect the lead.

Unfortunately for Sam Ricketts’ men, the equaliser came just before the half-hour mark. Conor Grant struck a curling effort from outside the box that saw Sarkic planted in his spot as the ball nestled in the corner of the net.

As the second-half got underway, the Shrews were under pressure from the home side but continued to defend well. However, Town were dealt an injury blow in the 55th minute, as Sarkic was unable to continue.

Jason Cummings came close to giving Salop the lead for a second time just after the hour mark. The forward cut inside from the right wing to let off a shot towards the near post. Michael Cooper was able to meet the shot and calmly claimed the ball for the Pilgrims.

Harry Burgoyne made a great save for his team in the 75th minute. Frank Nouble fired a powerful effort towards the near post but Town’s number one managed to block the ball with his leg.

The game ends with Town securing a point on the road. 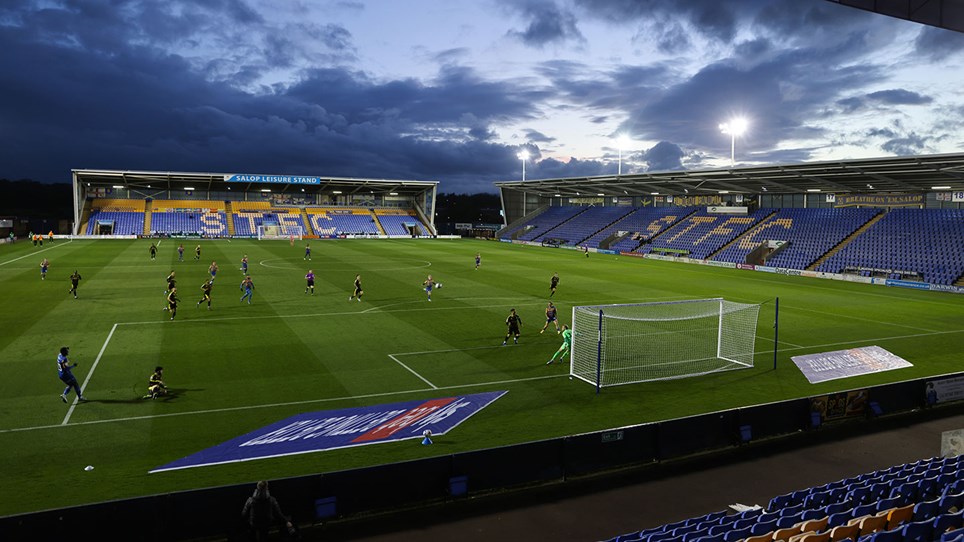 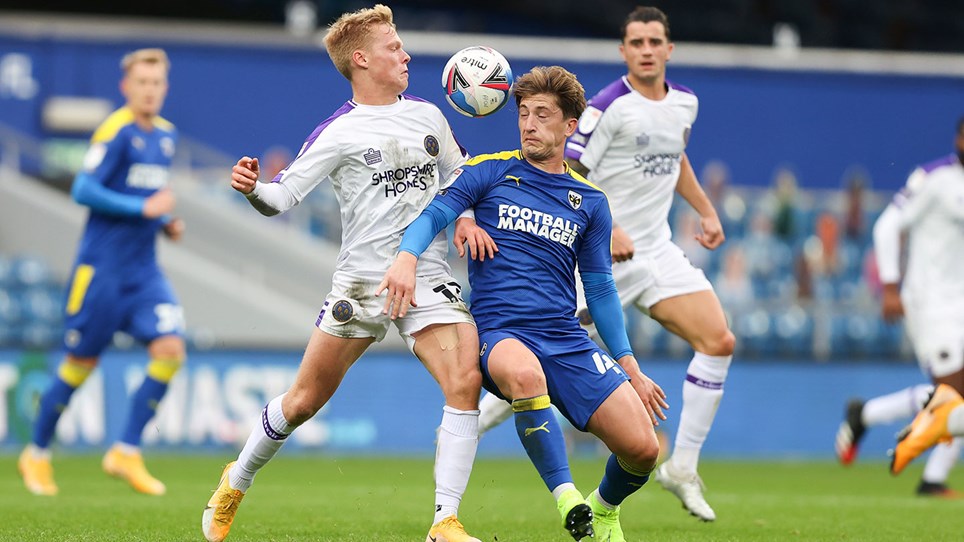 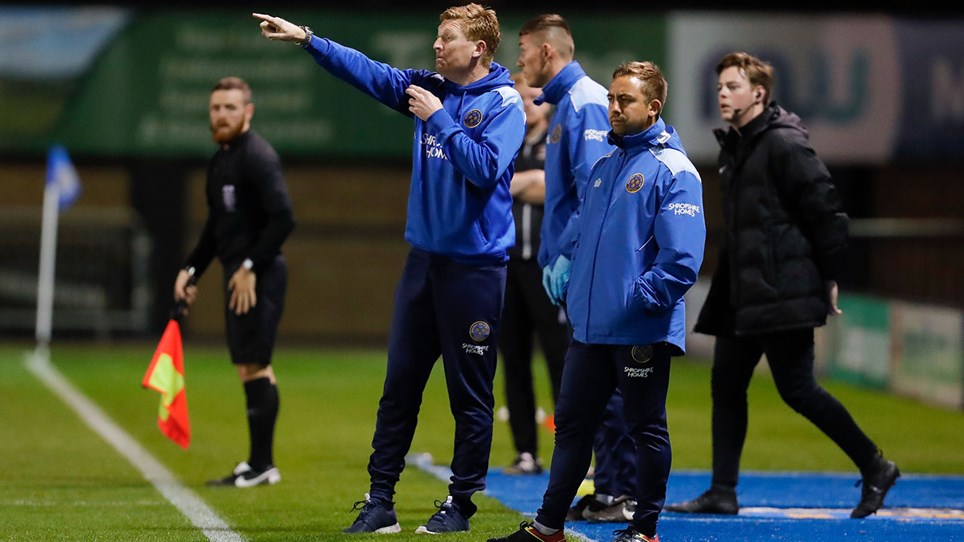 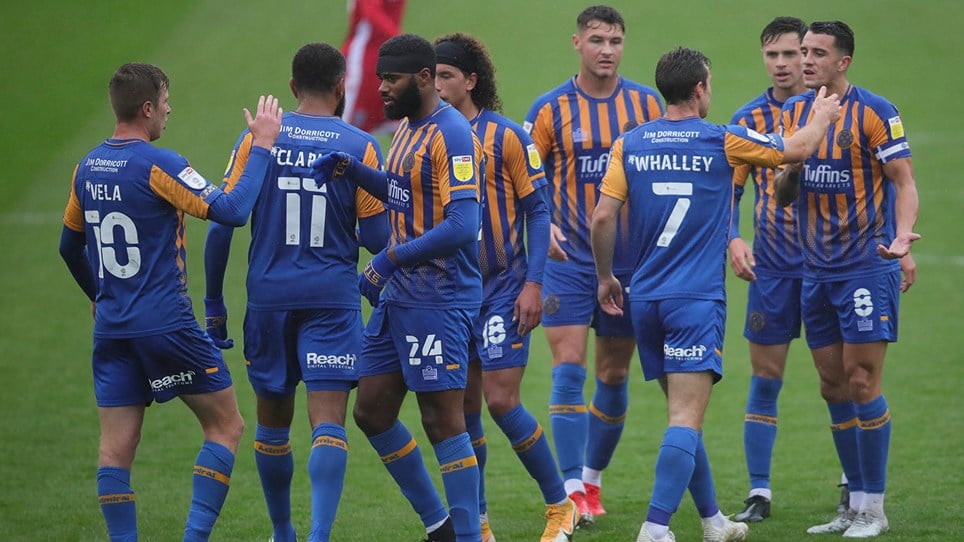