Take a closer look at the latest stats and facts in our match preview ahead of Town's Sky Bet League One clash with Northampton Town.

Since earning promotion from the Sky Bet League Two Play-Offs last season, Northampton Town have been battling to secure their spot in Sky Bet League One next season. Following the departure of Keith Curl, Jon Brady has taken over in the hot seat as his team looks to steer clear of the relegation zone.

Town will be looking to stop the home side and start another string of positive results with the trip to Sixfields Stadium having narrowly lost the last Sky Bet League One fixture with Portsmouth. Ryan Watson is the danger man in this fixture for the Shrews as the midfielder is the Cobblers top goalscorer with Ryan Watson.

A former winger in the Sky Bet Football League and below, Jon Brady spent the majority of his career playing for Hayes and Rushden & Diamonds - as well as spells with Swansea City, Chester City and Hereford United.

The Australian began his coaching career with Brackley Town as was manager of the Saints for six years before moving to Northampton Town as an under-16 coach. Since the move in 2016, Brady has progressed through the ranks to take charge of the under-18's and then the first team.

Former Salop loanee, Mitchell joined the Cobblers at the start of the 2020/21 season on loan from Derby County.

The 6ft 2in keeper has solid EFL experience under his belt having spent the first half of the 2018/19 season on loan with Oxford United in Sky Bet League One, playing 15 times and recording six clean sheets. The second half of that campaign was also spent with Salop.

Mitchell made nine appearances for the Shrews and kept four clean sheets, leading to a total of ten clean sheets in 24 League One appearances that season. Either side of those spells, he played five games for Luton Town in a previous loan spell and appeared 11 times for Macclesfield Town in 2019/20 before the season was suspended because of COVID-19. 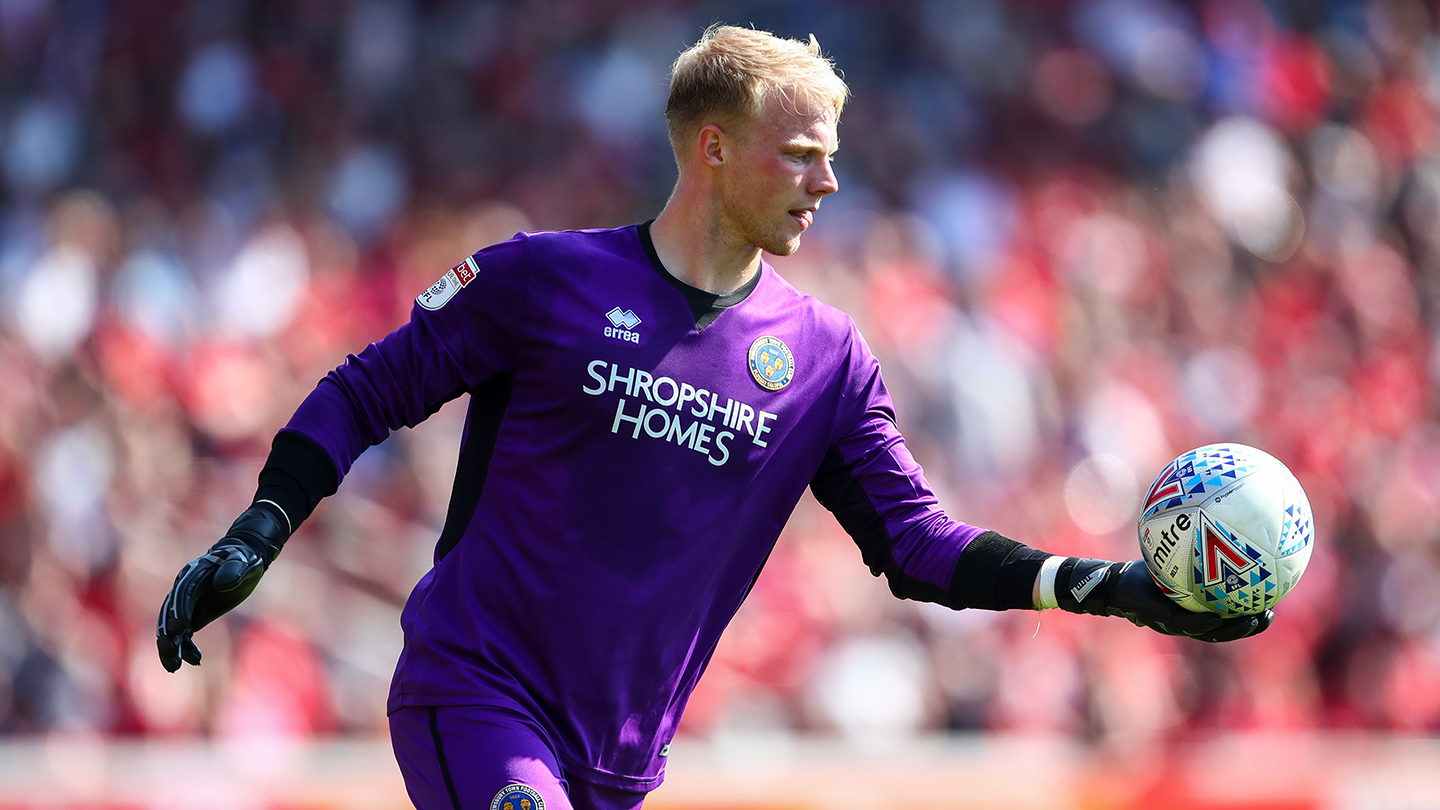 The highly-rated 6ft 3in defender began his career at Huddersfield Town, and after a number of loan spells, moved to Kidderminster Harriers in 2017 - making 76 appearances for the Aggborough side. His performances attracted the interest of EFL clubs with a number of Championship clubs monitoring his progress before a move to Macclesfield Town in the summer of 2019 and he made 31 appearances at the Moss Rose in the 2019/20 season.

Midfielder Ryan Watson became Northampton Town's sixth signing of the summer of 2019 by putting pen to paper on a two-year contract at Sixfields Stadium.

Watson is in his third spell with the Cobblers having been twice signed by former boss Chris Wilder on loan spells in 2014 and 2015. After making more than 50 appearances in a two-year spell with Barnet, Watson spent the 2018/19 season helping MK Dons to promotion, playing 28 times for the Dons. Scored at Wembley in the 2020 League 2 play-off final as the Cobblers beat Exeter City 4-0.

So far this season, the midfielder has been the beacon of light for the Cobblers having netted on seven occasions from midfield. Town number eight is yet to register an assist for his team this season. 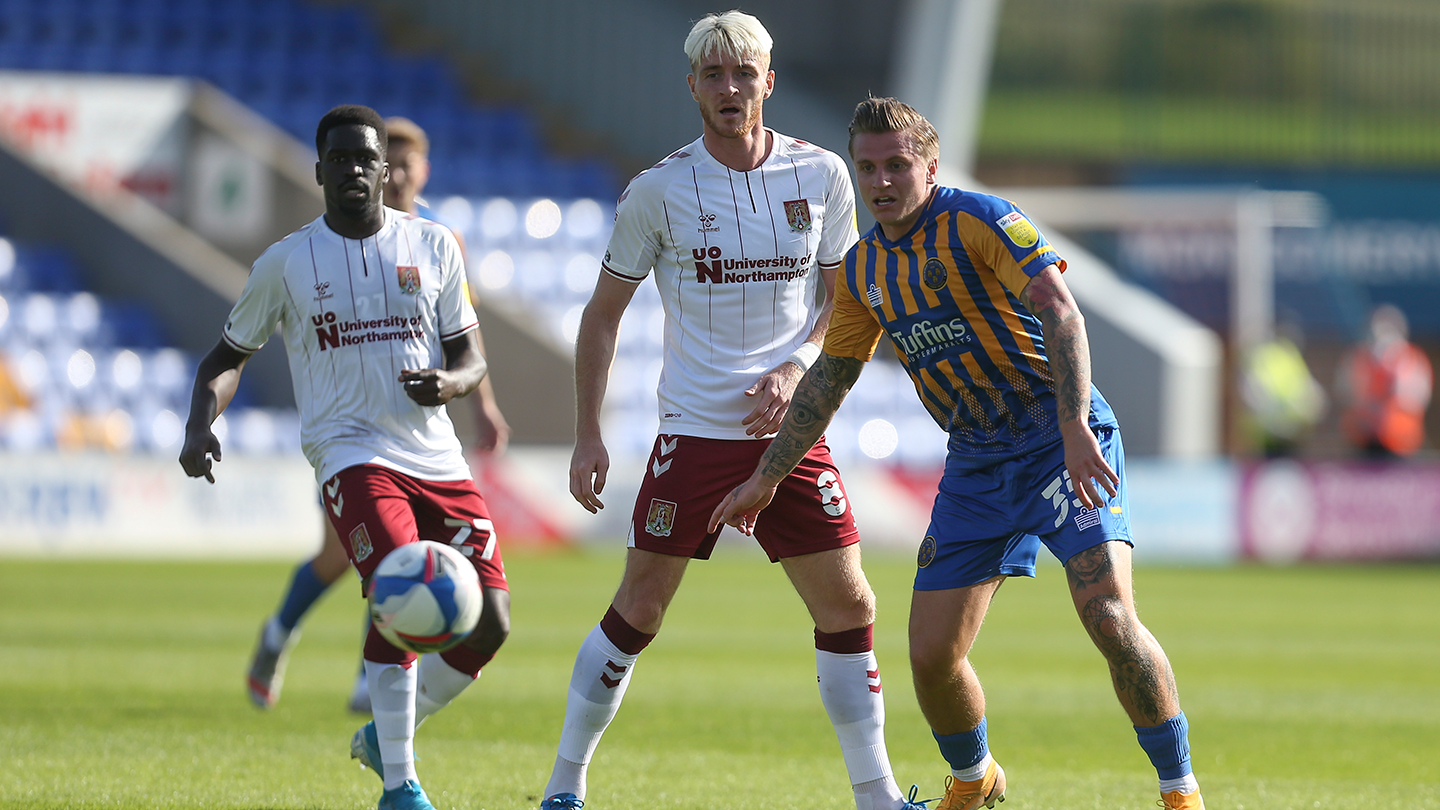 Hoskins began his career at Southampton, making four substitute appearances for the Saints before enjoying loan spells with Rotherham United and Stevenage. He permanently moved to Yeovil in the summer of 2013 and during his two years at Huish Park, he enjoyed a loan spell with Barnet, scoring twice in six games.

Hoskins signed a new two-and-a-half-year contract at the PTS Academy Stadium in December 2017 and won the club's Goal of the Season award in 2018/19. The forward also scored at Wembley in the 2020 Sky Bet League Two Play-Off final as the Cobblers beat Exeter City 4-0. 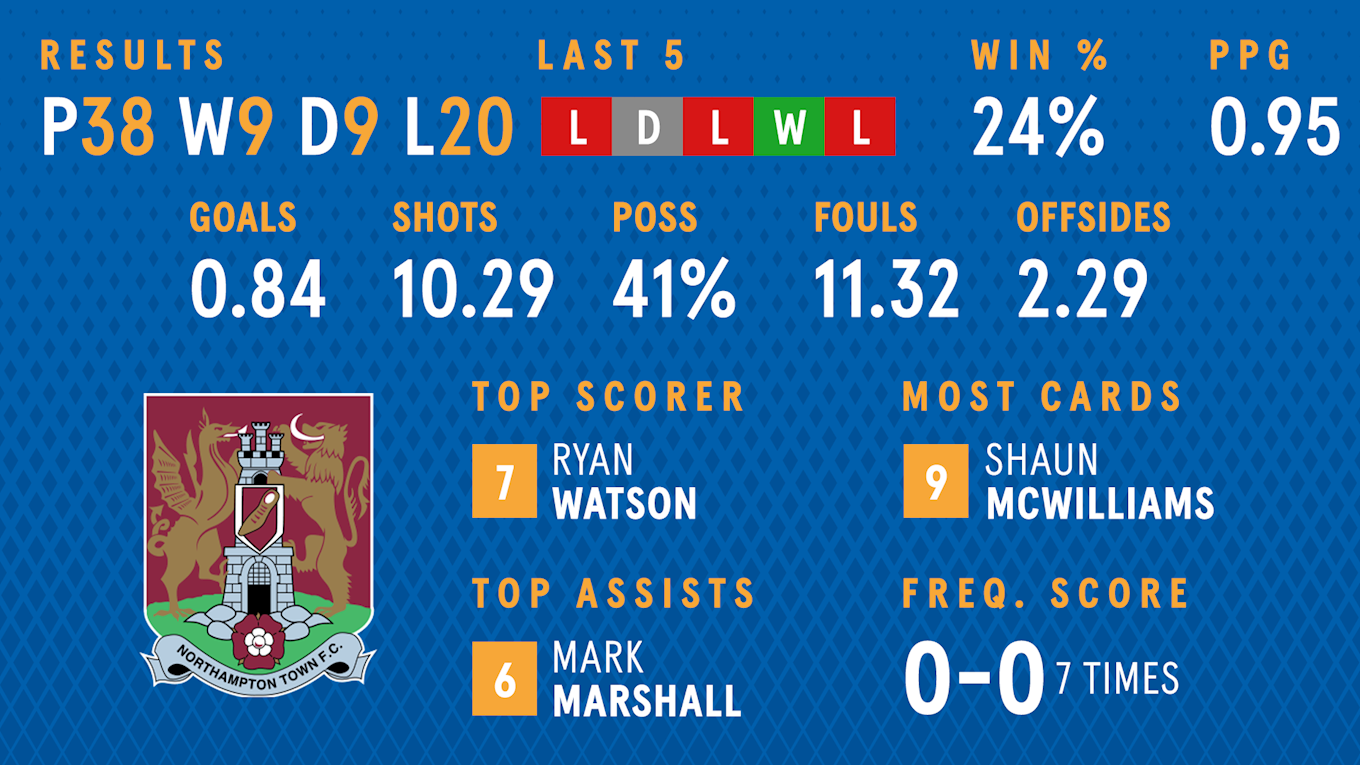