Shrewsbury Town stands in solidarity with The FA, Premier League, EFL, FA Women’s Super League, FA Women’s Championship, PFA, LMA, PGMOL, Kick It Out, and the FSA for a social media boycott from 15.00 on Friday 30 April to 23.59 on Monday 3 May, in response to the ongoing and sustained discriminatory abuse received online by players and many others connected to football.

All at Montgomery Waters Meadow whole-heartedly abhor online abuse, discrimination and racism of any kind on social media and anywhere in society. Along with the rest of the footballing community, Town hopes to see social media companies do more to hold accounts and people accountable for their actions online. 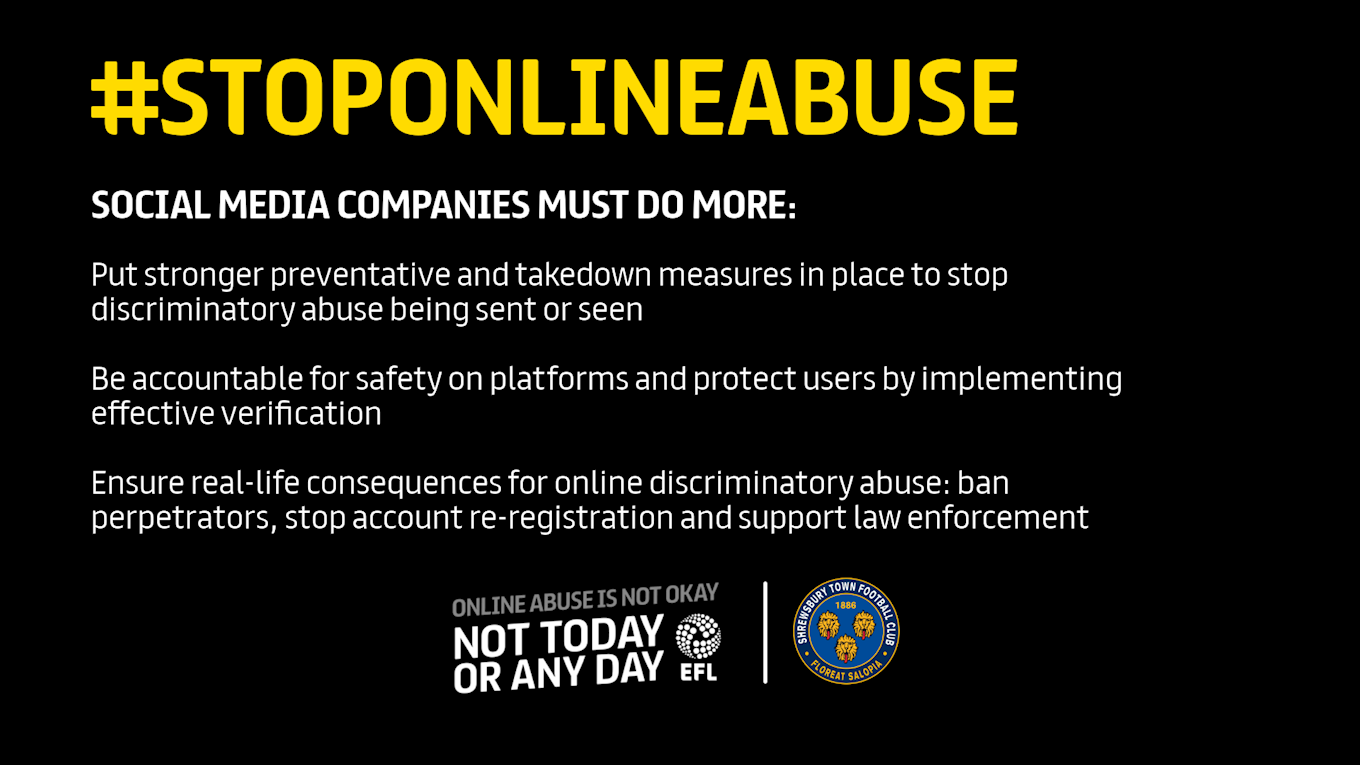 Town CEO Brian Caldwell fully backs the switch-off and encourages online platforms to do more in the face of abuse, discrimination and racism.

"Along with all of the footballing family, the Club fully supports the social media boycott. Whilst this is only a small step towards creating a safer and user-friendly environment online, we hope making a stand with this collective effort makes platform hosts make a more conservative effort to address this significant issue facing football and the wider community."

Salop actively encourages all supporters, partners and stakeholders to unite and join the stance to support the boycott this weekend.

Media coverage of Town's fixture with Oxford United will be available at www.shrewsburytown.com