Shrewsbury Town earn all three points with a 2-1 comeback victory over Gillingham.

Despite a difficult start to the afternoon for Salop, Steve Cotterill's team showed great character to earn a 2-1 comeback victory over Steve Evans' Gillingham.

Tom Bloxham's stunning overhead kick and Sam Cosgrove's smart finish into the corner of the net was the difference between the two sides as all three points remained in Shropshire.

It was the away side who started the fastest, notching the opening goal with just 12 minutes on the clock. Jack Tucker rose highest inside the Salop box to guide a header past Marko Marosi and into the bottom corner of the net from a Gills corner.

In stunning fashion, Tom Bloxham pulled Town back to level terms with a bicycle kick into the top corner of the net. Town's academy graduate latched onto a bouncing ball inside the box, made a solid connection with the ball, and saw his emphatic strike nestle in the top corner with 60 minutes on the clock.

You wait a while for one, and two come along at once. Six minutes later, Sam Cosgrove got his first goal of the season and managed to put the Shrews in the lead. The forward got on the end of a driven cross and managed to find the far corner of Cumming's net to give Town the advantage.

Despite the sway side throwing everything at the Town in the latter stages of the game, the Shrews saw the game out to ensure all three points remained at Montgomery Waters Meadow. 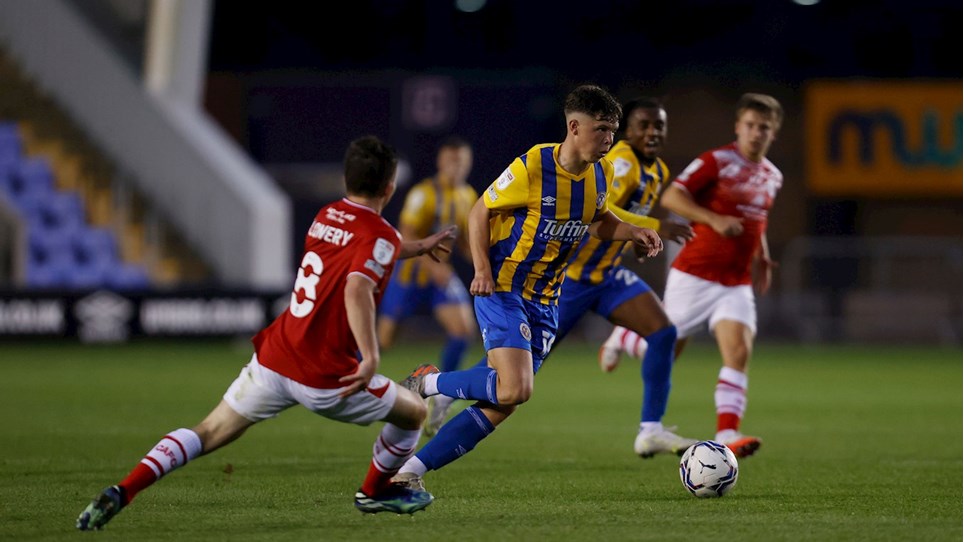