Take a closer look at the latest stats and facts in our match preview ahead of Town's Sky Bet League One clash with Crewe Alexandra.

Salop welcome Crewe Alexandra to Montgomery Waters Meadow tomorrow evening for another Sky Bet League One fixture. Town will be looking to record a second consecutive win with the visit of the Railwaymen following on from a 2-0 victory over Peterborough United.

Crewe have enjoyed a solid season so far this term, as David Artell's men sit in 10th position. However, the away side have only won one game in their last five league fixtures. The Shrews will be kept busy in the engine room with Owen Dale and Oliver Finney enjoying stellar seasons - having contributed a number of goals and assists.

Read Aaron Wilbraham's thoughts ahead of Town's clash with the Alex...

Crewe Alexandra announced David Artell on January 8th, 2017 as their new manager after Steve Davis was relieved of his duties. Artell took control of the first-team with immediate effect.

As a former defender with Crewe Alexandra, Artell made 82 appearances, scoring six goals. He captained Crewe Alexandra to promotion to League One in 2012 via the play-offs.

Artell embarked on a role within Crewe Alexandra's Academy as operations manager before he succeeded Davis in the New Year of 2017. Artell led Crewe to safety in EFL League Two, finishing in 17th place on 55 points.

David also has a degree in Forensic Biology after he graduated from Chester University in 2010.

Goalkeeper Dave Richards is in his fifth season at Gresty Road, having joined Crewe from Bristol City in 2015.

The Welshman started his career at Cardiff City, also spending time out on loan at Llananelli and Chippenham Town.

Richards joined Bristol City on an initial loan deal, before signing for the Robins on a permanent basis, but failed to break into the first team at Ashton Gate.

Since signing for the Railwaymen, Richards has proven himself to be a capable goalkeeper, providing competition for the likes of Ben Garratt and Will Jaaskelainen. 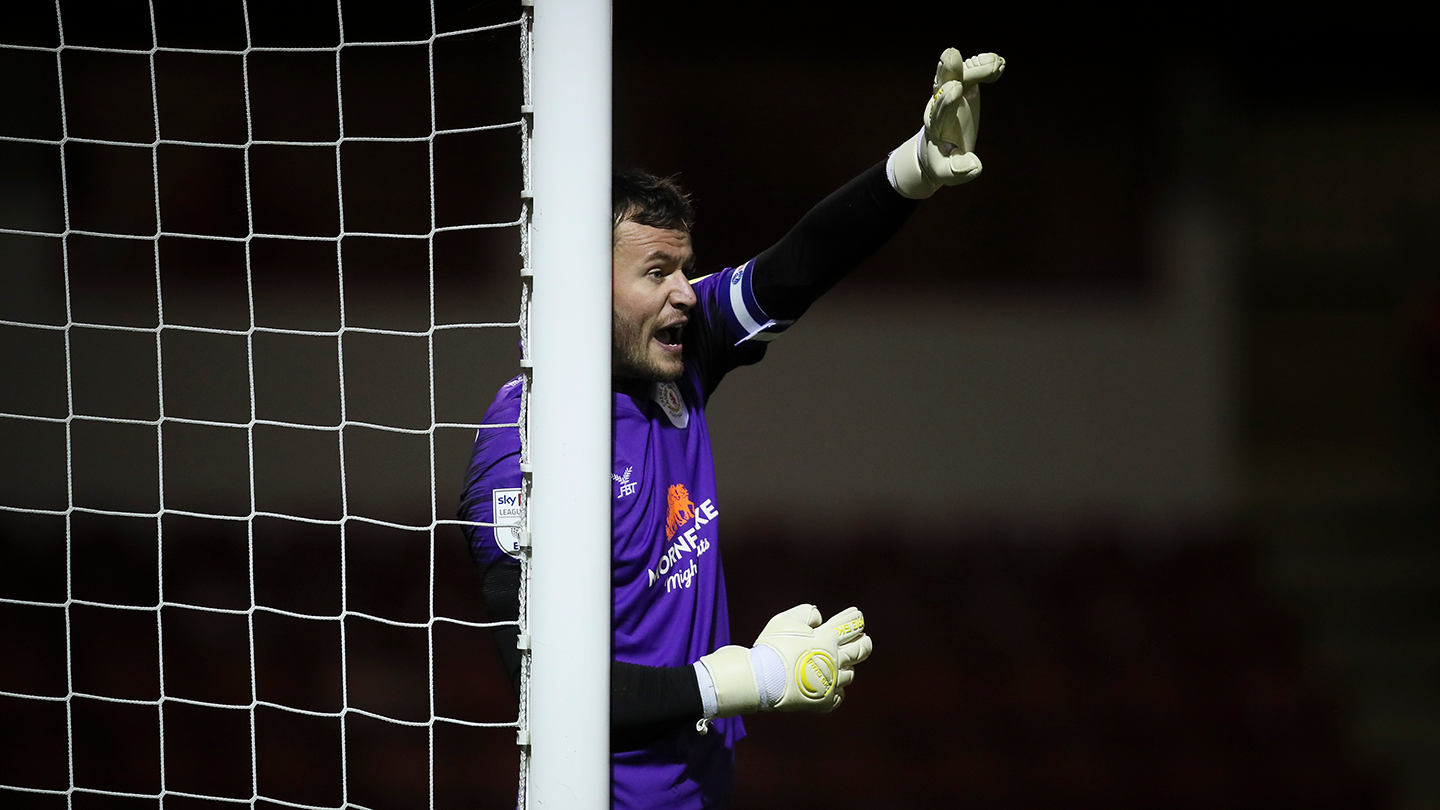 The towing and imposing centre-back made started his football career in Spain with Jerez Industrial before climbing through the non-league ranks in England.

Stints with Aldershot Town and Accrington Stanley came before the Grenada international joined Salop in 2017 - where Beckles spent three years in Shropshire.

With seven goals and two assists from midfield, Oliver Finney is the one to watch for the Railwaymen.

Finney is a product of the Crewe academy system and has progressed through the youth levels into the first-team - making his debut in 2017. The midfielder has also spent time out on loan at Nantwich Town, as well as Halesowen Town. 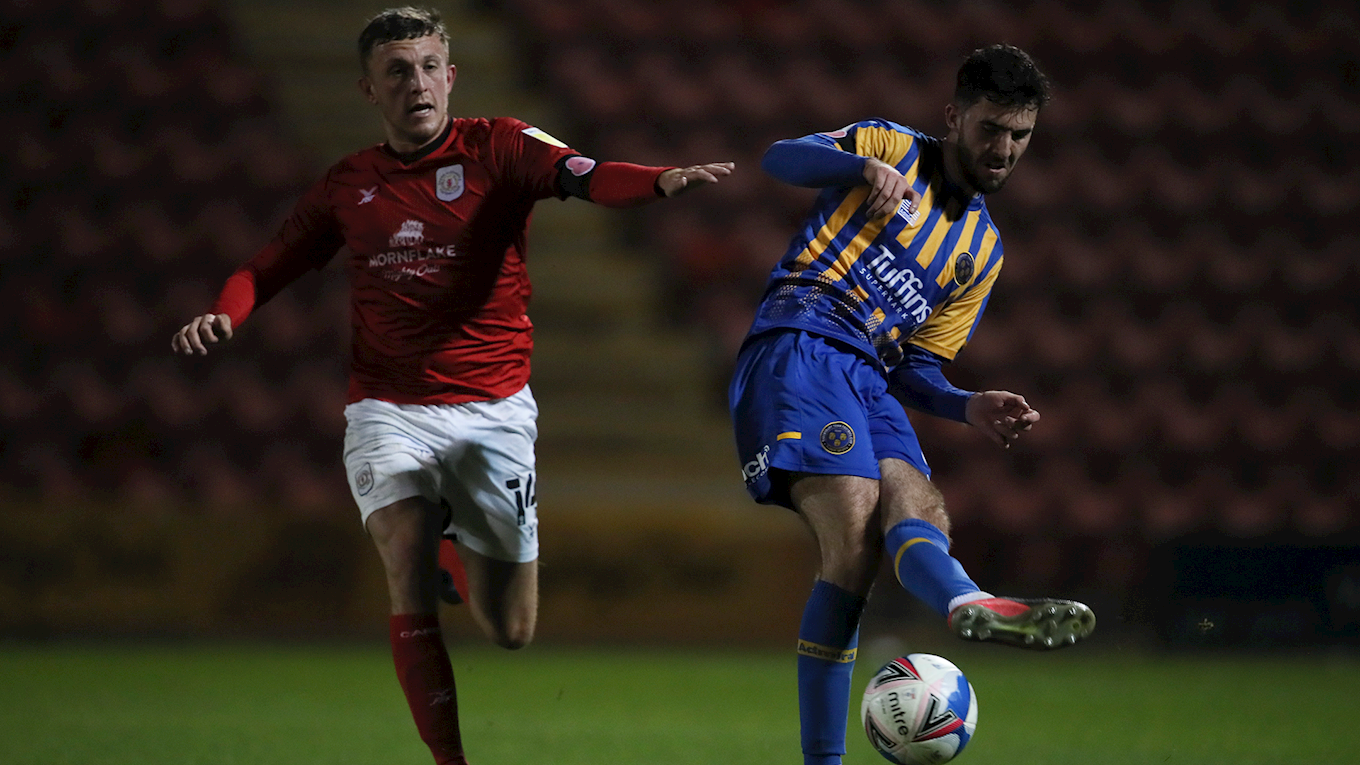 Frenchman Mikael Mandron signed for the Alex in the summer transfer window - joining from fellow Sky Bet League One side Gillingham.

Starting his career in the lower leagues of France, Mandron joined Sunderland in 2011. After five years, and a number of loan spells away, he left Sunderland for Eastleigh.

He only spent half a season in non-league, before signing for Wigan. His spell with Wigan didn't last long either, joining Colchester the following season. After two seasons with the U's, as well as a lone season at Gillingham, Mandron joined Crewe in the summer of 2020.

So far this season, the frontman has managed to net six goals for his team in just over half the season. 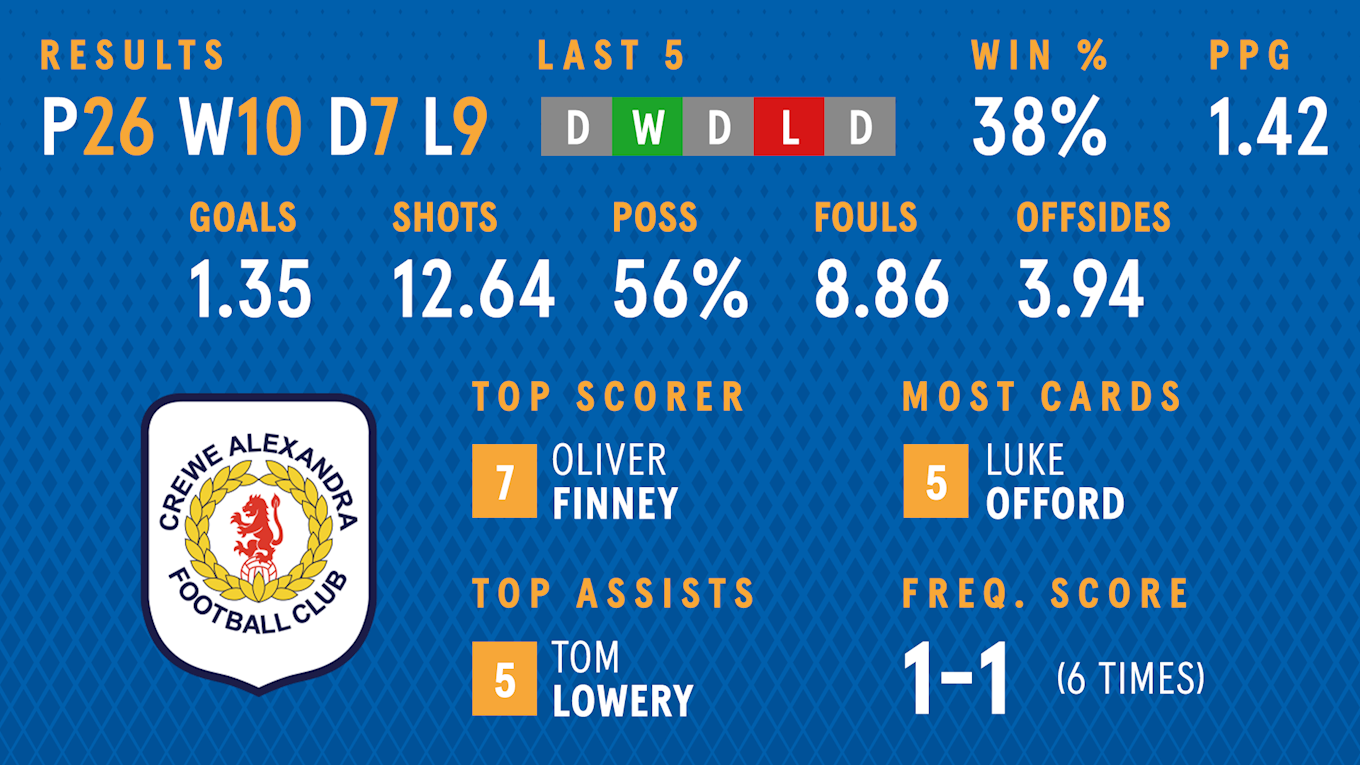